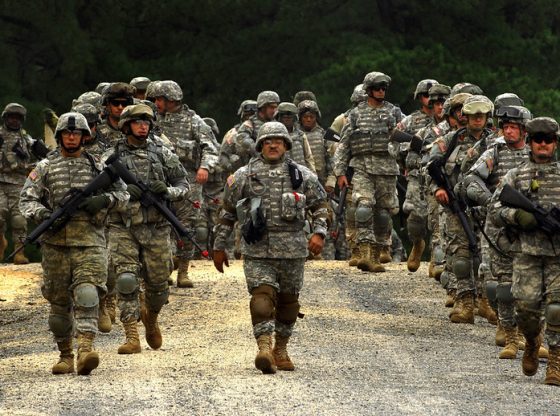 Gen. Christopher Cavoli is now the four-star commander in charge of both Europe and Africa for the U.S. Army. (Markus Rauchenberger/U.S. Army Europe) via (https://creativecommons.org/licenses/by/2.0/) Flickr

Today’s Expanded Edition PDB includes a variety of critical issues such as – Top US general: Chinese military has ‘ways to go’ before it can take Taiwan. Taiwan signs $1.75 billion weapons contract with US. A tiny Taiwan island could be a trigger for US-China clash. American Defeat is possible.

SOCOM’s controversial head of diversity and inclusion is back in his job.

Afghan interpreters in the crossfire of U.S. pullout.

Pentagon works to sharpen definition of ‘extremism.’ A review could reshape cooperation with domestic agencies, consequences for troops’ social media posts, and more.

Tucker Carlson: US military is intensifying a political purge of the ranks. Military recommended reading is ‘poisonous’ and embarrassingly stupid.

National Guard Bureau launches photo series celebrating LGBTQI+ personnel. June is Pride Month, with companies and organizations taking to numerous platforms to observe and celebrate LGBTQI+ staff and personnel. That celebration is no different for some service members.

US Defeat is possible. If the United States is to have a reasonable hope of winning a war, it needs to think seriously about what it would be like to lose.

Are nuclear weapons gaining new salience in national security strategies? Nuclear states are clearly planning for the long-term future of their nuclear capabilities.

Top US general: Chinese military has ‘ways to go’ before it can take Taiwan. The Chinese military does not currently have the capability to take Taiwan by force and is not likely to try in the near term, the U.S. military’s top general said Thursday.

Taiwan signs USD1.75 billion weapons contract with US. Taiwan’s Ministry of National Defense (MND). MND announced on 17 June that it has signed two contracts worth a combined USD1.75 billion with the American Institute in Taiwan (AIT) for the purchase of what are believed to be Lockheed Martin M142 High Mobility Artillery Rocket System (HIMARS) launchers and Boeing Harpoon Coastal Defense Systems (HCDSs).

A tiny Taiwan island could be trigger for US-China clash. When 28 Chinese warplanes streaked through the skies around Taiwan on Tuesday – the largest such fly-by this year – they followed a pattern that has generated alarm among US and Taiwanese military planners.

Al-Qaida could regroup in Afghanistan in 2 years, says US defense secretary. An extremist group like al-Qaida may be able to regenerate in Afghanistan and pose a threat to the U.S. homeland within two years of the American military’s withdrawal from the country, the Pentagon’s top leaders said Thursday.

Afghan interpreters in the crossfire of U.S. pullout. Future U.S. partners will have to “think twice” about helping the Pentagon if President Joe Biden isn’t able to grant visas to Afghan interpreters, lawmakers said.

Navy releases long-range shipbuilding plan that drops emphasis on 355 ships, lays out fleet design priorities. The Navy submitted an update to Congress to its annual long-range shipbuilding plans, one that takes a step back from the much-talked-about standard of a 355-ship fleet and instead lays out priorities for a future distributed naval force.

Top US general ‘shocked’ by report on AWOL guns, mulls fix. Shocked by an Associated Press investigation into the loss and theft of military guns, the Pentagon’s top general signaled Thursday that he will consider a “systematic fix” to how the armed services keep account of their firearms.

Yebbut at least he doesn’t post ‘mean tweets!’ See what happens when people vote with their big, bleeding hearts instead of with their HEADS? Open sphincter, insert cranium. And you elect a rectum minus a cranium.