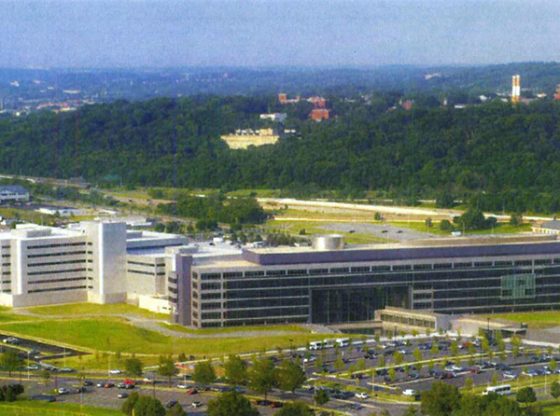 There are growing reports that a senior communist Chinese intelligence official has defected to the United States and is collaborating with my old outfit, the Defense Intelligence Agency (DIA). Dissident Chinese-language media and Twitter have been buzzing about rumors that a vice minister of State Security, Dong Jingwei defected to the U.S. in mid-February.

If accurate, this would be a major coup for the U.S., and DIA.

According to reports, he flew from Hong Kong to the U.S. with his daughter, Dong Yang, who was studying at a California university. Matthew Brazil, an Expert Contributor to the Center for American Defense Studies (CADS), and co-author of the book Chinese Communist Espionage: An Intelligence Primer, and Jeff Stein, wrote in ‘SpyTalk’ that “Dong is, or was, a longtime official in China’s Ministry of State Security (MSS), also known as the Guoanbu.”

MSS, described as one of the most secretive intelligence organizations in the world, is the civilian intelligence, security, and secret police agency of the People’s Republic of China (PRC). It is responsible for counterintelligence, foreign intelligence and political security. Its military counterpart is the Intelligence Bureau of the Joint Staff.

While some,  such as former Pentagon, State Department and CIA expert Nicholas Eftimiades, author of Chinese Espionage: Operations and Tactics, note these reports are only rumors, and can be part of a ‘spy vs spy’ information warfare operation between the U.S. and Chinese Communist Party (CCP)-led China, the reports of this rumored defection are increasing.

Some reports state that Dong was in charge of MSS counterintelligence efforts worldwide. Dong Jingwei, notes SpyTalk, “supposedly gave the U.S. information about the Wuhan Institute of Virology that changed the stance of the Biden Administration concerning the origins of the COVID-19 pandemic.”

According to RedState, “Dong also has provided DIA with copies of the contents of the hard drive on Hunter Biden’s laptop, showing the information the Chinese government has about Hunter’s pornography problem and about his (and Joe’s) business dealings with Chinese entities.

He also has details of how the Chinese government gained access to a CIA communications system, leading to the death of dozens of Chinese agents who were working with the CIA.

Because of this, sources reportedly told RedState that: “This defector has the rest of the intelligence community and the LEO [Law Enforcement Officer] community scared sh**less.”

His publicly available background indicates that he was responsible for the Ministry’s counterintelligence efforts in China, i.e., spy-catching, since being promoted to vice minister in April 2018. If the stories are true, Dong would be the highest-level defector in the history of the People’s Republic of China.

Chinese-language press stories also claim that Dong’s daughter Yang defected with him from Hong Kong on or about Feb. 10. She is allegedly the former spouse of a senior Alibaba Group executive, Jiang Fan, who heads up TMall, China’s big Amazon-like business. Alibaba founder Jack Ma came under fire from Beijing last fall after he criticized Chinese regulators and banks in a public forum in Shanghai. Authorities suspended a planned blockbuster $37 billion IPO for Alibaba’s financial affiliate Ant Group.

Until a few weeks ago DIA was reportedly vetting Dong’s information and confronting reluctant, or even hostile, CIA officials with what they’d learned about COVID and the Wuhan biolab, without divulging the source.

DIA reportedly has high confidence in Dong’s claims. He also supposedly told DIA debriefers that at least a third (1/3) of Chinese students attending US universities are People’s Liberation Army (PLA) assets or part of the CCP’s ‘Thousand Talents Program.’

This effort, also called the Overseas High-Level Talent Recruitment Programs, was created by the CCP in 2008 to identify and recruit leading international experts in scientific research, innovation, and entrepreneurship, and also steal as much western intellectual property as possible.

RedState reported that many of the students are here under pseudonyms because they are the children of high-ranking military and party leaders, like Dong’s daughter.

China, Russia, and Iran may…

Sure, but how many DEMS have defected to the Chinese? They may not have left the country, but from Biden down they are working for the Communist Chinese.

Like he’s gonna tell us…anything, more, about the DC-Swamp, that we don’t already know…that federal ‘intel’ & ‘law-enforcement’ agencies, are now, actually, a fifth-column, working for either, the chi-com CCP or the globalist-Deep-State…or both❓

One third of Chinese students are here under false names, because they are children of high ranking military, or government officials ????? …. who paid their tuition????? They are here to collect as much intelligence as they can … This has been going on since 2008 … whose “policy” is this belonging to???? O…. I see … me thinks O’Biden is all a big front for the down fall of America…

Every Chinese National or Chinese American citizen with relatives in China is a Chinese Army Spy..

Trust no one. the Chinese have been doing this for decades. they will use anyone that seems to defect as their own tool. our “intelligence department” knows this don’t they ——–I resist! ———-Grampa