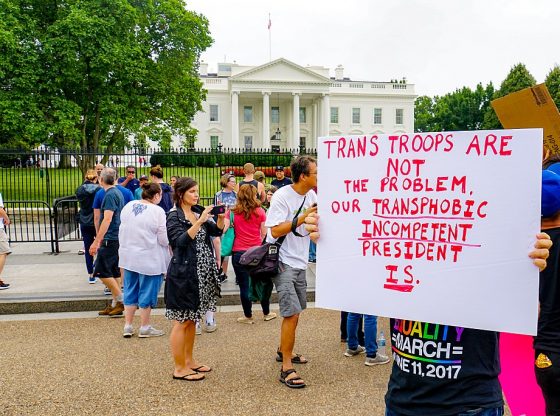 Today’s PDB includes a variety of critical issues such as – National Guard will be used ‘more, not less’ as military preps for future war. Pentagon orders drawdown of air defense systems, troops from Middle East. ‘War on Terror’: Are big military deployments over? China risks isolation over probe into virus origin, US national security adviser says.

The Pentagon’s extremism definition will have to find the line between free speech and unit cohesion.

Top US general in Africa: ‘Wildfire of terrorism’ on the march there.

Pentagon’s extremism definition will have to find the line between free speech and unit cohesion. In order to root out extremism, the military is going to have to define it.

Extremism Has Spread Into the Mainstream. It is a public-health problem, not a security issue. Just 14 percent of those arrested at Capitol riot to date are members of extremist groups.

‘War on Terror’: Are big military deployments over? Western forces are racing to leave Afghanistan this month. France has signaled a significant scaling back of its military commitment in Mali. In Iraq, British and other Western forces no longer have any major combat role.

Taliban enter key cities in Afghanistan’s north after swift offensive. The setbacks come at a harrowing moment for Afghanistan, just as American and international troops are set to leave the country in coming weeks.

National Guard will be used ‘more, not less’ as military preps for future war, general says. After an unprecedented year of back-to-back domestic missions and combat deployments, the National Guard’s top general expects the Pentagon to lean even more heavily on the Guard moving forward.

LISTEN UP….CHINA Needs to PAY REPARATIONS for COVID. WHY Do TAXPAYERS Have to PAY for ABORTIONS and TR ANSGENDER SURGERIES??? The NATL GUARDS are Being UNDERPAID. My SPIRIT Helps to PROTECT the HEALING ANGELS Against the FALLEN ANGELS….SO THEY Can HEAL PEOPLE on EARTH. From SamuraiQueen. 😄😄😄

Any surgeon involved in transgender surgery should lose the medical license.

If you think you’re a woman in a mans body you have a mental illness and cosmetic surgery doesn’t make you a woman. Just read a trans woman crushed it in the women’s weight lifting, I should hope so since you’re still a dude. I have no idea how it makes this person feel they’ve accomplished anything. A guy competing against women I should hope to hell he wins. This world is just a freak show.