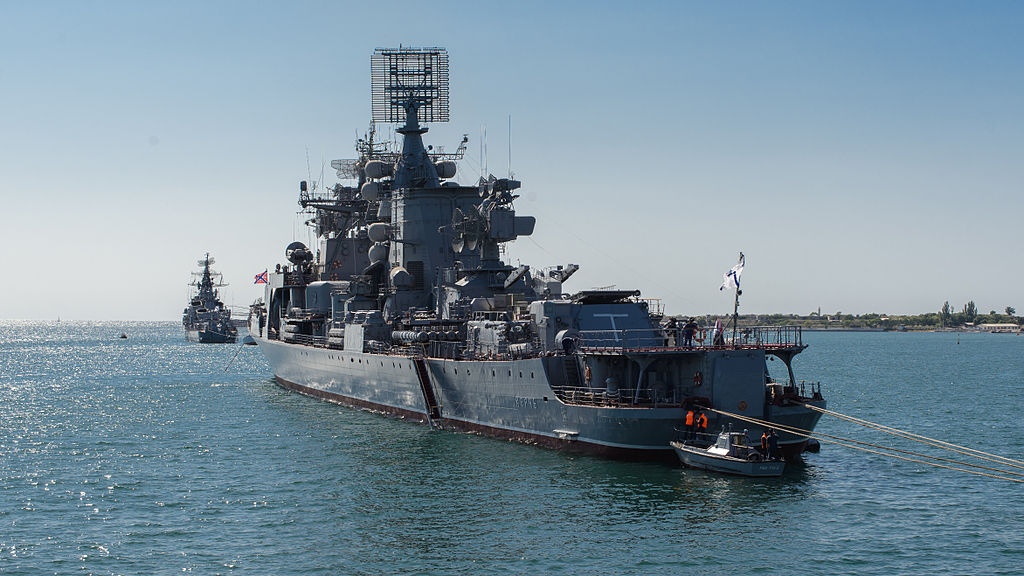 BREAKING – Russian Defense Ministry officials claimed that a Russian warship fired warning shots and a Russian warplane dropped bombs near the British destroyer, HMS Defender as it transited from Odessa towards Georgia across the Black Sea. According to the Russians, it had crossed into Russian territorial waters and a border patrol ship fired warning shots, and a Su-24M bomber carried out a warning bombing.

The U.K.’s Ministry of Defense denied the alleged incident, and this appears to be part of a broader Russian information warfare operation.

Earlier, On June 19, USNI News reported that HMS Defender’s automatic identification system (AIS) signal appeared to have been faked (spoofed) to place the British warship near the Black Sea port of Sevastopol in Russian-controlled Crimea, while live feed footage showed the British warship docked in the Ukrainian port of Odessa.

Days later, Russia’s state-run Tass News agency reported the Russian military stating that: “At 11:52 on June 23 this year the destroyer URO Defender of the British Navy, operating in the northwestern part of the Black Sea, crossed the state border of the Russian Federation and entered the territorial sea in the area of Cape Fiolent for 3 km.”

The U.K.’s Ministry of Defence Press Office denied the claims in a tweet, and explained:

No warning shots have been fired at HMS Defender. The Royal Navy ship is conducting innocent passage through Ukrainian territorial waters in accordance with international law. We believe the Russians were undertaking a gunnery exercise in the Black Sea and provided the maritime community with prior-warning of their activity. No shots were directed at HMS Defender and we do not recognise the claim that bombs were dropped in her path.

We believe the Russians were undertaking a gunnery exercise in the Black Sea and provided the maritime community with prior-warning of their activity.

No shots were directed at HMS Defender and we do not recognise the claim that bombs were dropped in her path.

The HMS Defender (D36) is Daring-class air-defense destroyer commissioned with the Royal Navy in 2013. ADN

Russia will push it’s way,right into an armed conflict, and more than regret it.

Hey Rooskies, I thought we were friends! Did Harry put you up to it?

it seems to me that someone its trying to stir a stink in the Black Sea,and only got a fart..

Well, the real questions is why does the UK have the courage to send a ship into the Black Sea, when Biden had US destroyers turn tail and flee in the face of Russian threats?