After Trump Said He is Visiting Border Next Week, VP Harris Suddenly Says She is Going First

After Trump Said He is Visiting Border Next Week, VP Harris Suddenly Says She is Going First 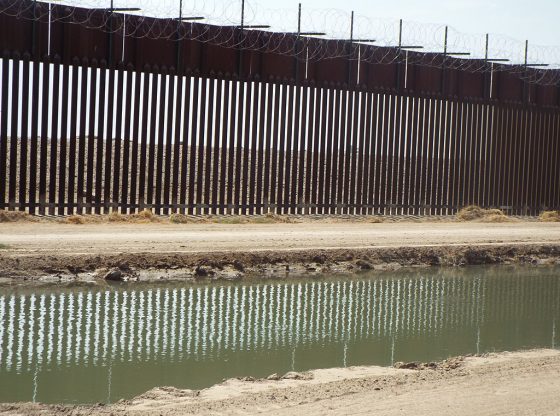 HOMELAND SECURITY – A full three months after President Biden named her immigration ‘czar,’ and only five days before former President Trump’s planned visit, Vice President Kamala Harris is finally heading to the U.S.-Mexico border on Friday. Critics, including me, have challenged her regularly for not making the trek to see the border chaos personally and meet with U.S. and local border officials.

Harris’ announcement came soon after Donald Trump said last week he will visit the border on Wednesday, June 30. Now, after 91 days as ‘czar’ Harris will beat him there by five days. Her planned trip follows a bungled trip to the Northern Triangle, where she ‘flew over’ the border, the President of Guatemala blamed Team Biden for the increased illegal migration to the U.S., and five straight months of increases in migrant crossings.

After months of ignoring the crisis at the Southern Border, it is great that we got Kamala Harris to finally go and see the tremendous destruction and death that they’ve created—a direct result of Biden ending my very tough but fair Border policies,’ Trump celebrated in a statement from his Save America political action committee email on Wednesday.

Politico reported that about a dozen members of the Republican Study Committee, the largest group of House Republicans, will also join Trump on the trip. But to hammer home their point, just two days ahead of the Harris trip, 21 House Republicans, led by Colorado’s Lauren Boebert, introduced a bill to censure President Biden over his failure to secure the border in his more than five months as president.

‘President Biden passed the buck to cackling Kamala, when he tapped Ms. Harris as border czar. Her work on the border is nonexistence, it’s a joke – and even she laughs. But it’s not funny,’ Republican Congresswoman Lauren Boebert said in announcing the censure on Wednesday.

‘This administration has not lifted a finger to end this crisis and secure our southern border,’ she continued. ‘They must be held accountable.

Texas Governor Abbott Tweeted: ‘Kamala Harris to Finally Visit Border Months after Being Tapped to Handle Migrant Crisis’ – “After 91 days of being Border Czar, VP Harris is not even going where the crisis is taking place! Interesting timing…”

After 91 days of being Border Czar, VP Harris is not even going where the crisis is taking place!

I knew it! Kamala is going to a quiet part of the border where nobody is coming in., then she can say that nothing bad is happening, and continue her lying. Trump always gets things done, and now he got Kamala to go to the border when nobody else could. Funny. He is still in charge.

Exactly, She needs to get her propaganda out to her uninformed Democrats before Trump delivers the brutaly honest truth. Let’s face it any followers of Joe and the Cumala have been kept uninformed all along or they would not have even considered this fruadulent deep state stolen presidency.

Well Isn’t that special! My guess is that she never would have gone if Trump hadn’t planned to go. Kamala should be impeached as VP because she has proven she is inept and the cackling does nothing for her image. Failure to the nth degree.

She’s not going to the border. She’s going to El Paso. Many 100’s of miles away from all the action. She needs to go to Del Rio, McAllen even Brownsville. I believe her problem with these areas is the fact of no 5 star hotels or resturants.

She probably google the best place for a good margarita and that’s about all she will do find a drink.

Harris is worthless and those people don’t want to see her disgusting face they want the old pig to do something!

President Trump sure knows how to push their buttons!
Willie Brown’s chew toy is jumping like an organ grinder’s monkey to President Trump’s tune. I LOVE IT!

Trump still in charge??? Perhaps, but he cannot unscrew what Joe has screwed up …

Well, she went and the only people there to see here were Trump supporters with the best signs ever!! I don’t think she even left the airport.
She is such a joke. Unfortunately on us. At least she got a taste of El Paso’s feelings for her.

Harris is LOST in Politics… she has about as much political class. as a “Stinger Bee”. This “czar” business is about as compelling as a investing in Joe Biden Truth Serum!

LISTEN UP…GOD Gave the CHILDREN of ISRAEL a BETTER DEAL Crossing into the PROMISED LAND than What the IMMIGRANTS are GETTING By PREZ BIDEN trying to CROSS the U.S. BORDER. SOMETHING is NOT RIGHT HERE. From SamuraiQueen. 😄😄😄

It’s just a phony photo op, no more, no less. She will not fool anyone with half the brain God gave a tree stump.

Has anyone noticed the weak salute she gave the honor guard at the bottom of the stairs
when she deplaned her jet. It was a half wave or a half ass salute. What a disgrace to our country the democrats are.