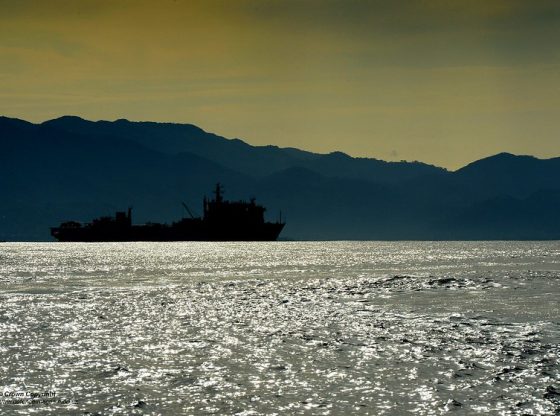 When the story broke of a possible confrontation between Russian forces and a British air defense destroyer in the Black Sea, I called it an ‘Information War.’ Russia, furious at the Brits’ audacity in entering Russian-occupied Ukrainian waters, immediately fired its first salvo, not of gunfire, but of disinformation.

Russia claimed it had heroically fired warning shots at the HMS Defender, and even dropped bombs in its path with SU-24M fighter bombers to defend its ‘sovereignty.’

In my initial piece I noted that “The U.K.’s Ministry of Defense denied the alleged incident, and this appears to be part of a broader Russian information warfare operation.”

All things being equal I tend to believe the British government over Putin.

And it appears my initial instincts were correct. No shots were fired, or bombs dropped as warnings to the Defender. They were, as I first noted, simply pre-planned gunnery exercises close by used for dramatic effect by Putin.

I had also added more on Russia’s disinformation ops during that Black Sea transit by Defender: “Earlier, On June 19, USNI News reported that HMS Defender’s automatic identification system (AIS) signal appeared to have been faked (spoofed) to place the British warship near the Black Sea port of Sevastopol in Russian-controlled Crimea, while live feed footage showed the British warship docked in the Ukrainian port of Odessa.”

But then social media began pointing to a British tabloid’s dramatic account of the events by a reporter aboard the destroyer. “The angry thud of cannon fire rings out on the port side of HMS Defender as I crouch beside the bridge in my hastily adorned flame retardant gloves and balaclava,” it read.

I noted that the excitable journalist’s report wasn’t proof that the Russian’s fired at the ship, but this story picked up steam with some westerners apparently keener on believing Russian leader Vladimir Putin than British Prime Minister Boris Johnson. And soon the story was less about how Britain was bravely challenging the illegal Russian territorial claims, which I wrote about here, than about how Russia confronted the UK with guns and bombs.

But this appears to have all been well-crafted Russian information ops. As Elisabeth Braw writes in Defense One:

On Wednesday, war almost broke out in the Black Sea. Or so it seemed, as news outlets, Twitter users, and state media conveyed accounts of a Royal Navy ship being fired upon by Russian ships off the Crimean coast. The June 23 almost-war dramatically illustrates the power of disinformation – and everyone’s responsibility to check facts.

The more plausible and likely accurate picture of the event is described on Twitter, by Rear Adm. Chris Parry — a retired Royal Navy warfare officer –

WE NEED TO BE CAREFUL ABOUT RUSSIAN DISINFORMATION HERE. Two plus two does not equal five. Russians are conducting routine bombing and gunnery practice anyway and claim that it is related to DEFENDER’s passage past them.” Indeed, the Russian Ministry of Defence appears to have used a previously planned exercise to suggest its vessels were targeting HMS Defender.

But as Braw writes:

Admiral Parry’s message, alas, was less exciting than the potential war in the Black Sea. So was a statement by UK Defence Secretary Ben Wallace, who made a similar point: “This morning, HMS Defender carried out a routine transit from Odessa towards Georgia across the Black Sea. As is normal for this route, she entered an internationally recognised traffic separation corridor. She exited that corridor safely at 0945 BST. As is routine, Russian vessels shadowed her passage and she was made aware of training exercises in her wider vicinity.”

Lesson learned – Russia is the world’s number one expert at disinformation and information ops. The West needs to get much better. And everyone should take anything coming out of Russian state sources with a healthy dose of skepticism.

Even more than are rightfully shown toward U.S. and British government sources. ADN

I believe Putin and dont frankly believe either of the lying camps. But Putin wouldn’t do it as being a nice guy – its too soon to blow up the world – but its comin

In this world of mutable information, the opening gambit may be Russia’s, but the ultimate truth will be Britain’s. I think we have grown skeptical by a whole spate of initial reports only to learn that sometimes they are beyond putatively, but nakedly so.

Neither one of them could win a war, so it would be stupid, to be all macho,whoever, and start a conflict, that u couldn’t win, but now days u can’t talk to stupid,

We should take information from our side also with a grain of salt; remember Iraq and WMDs? People who believe information from our side have a short memory and don’t even start with Covid. Now, if you think that Russia would be afraid to sink a British ship, I think you’re mistaken. One thing is correct, as per international law, no matter whom that strip of water belongs to, the Brits had the right to pass through.

Sadly, many are still misinformed on Iraq and WMD’s. The chemical weapons which were used in and by Iraq, are by international standards, weapons of mass destruction. So they weren’t nukes, it doesn’t change the truth about chemical weapons having the capability of mass human destruction. As for anyone who could possibly believe Putin, they are naïve at best.

Naïve, just as are all the people that believed Russians were trying to help ANY political candidate in the 2016 election. Fools never caught on that the Russians goal was to disrupt our elections by sowing division and SO many drank that Kool-Aid…

It’s a dam shame the entire worlds distraction is left up to a handful of people, I don’t believe anyone wants war , but look back in history good people die because of the leaders who act like children, we spend Trillions of dollars on weapons to destroy the planet, what’s wrong with that picture?

ONE thing rings true notwithstanding, and that is that Russia throughout its long history has coveted a seaport on the Black Sea and fought vigorously to obtain and preserve it. Therefore it makes perfect sense if Russia would wax defensive at the presence of a foreign power so close to occupied Crimea or Ukraine.