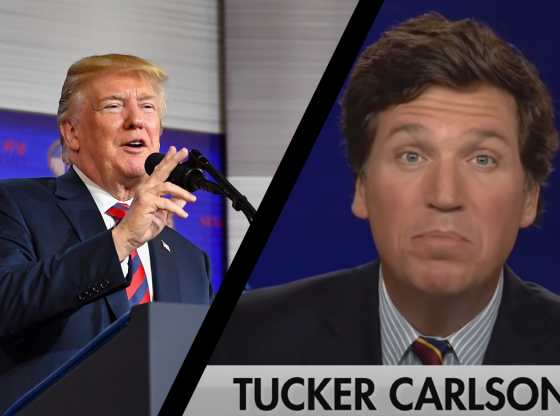 Has the military gone ‘woke’? Gen. Milley too easily dismisses the risks to recruitment and morale.

Trump calls Joint Chiefs chairman ‘pathetic’ for comments on racism education. The former president indicated he would have fired top military leaders for such comments if he were still in office.

Tucker Carlson claims Gen. Milley is not qualified to be chairman of the Joint Chiefs of Staff. He’s wrong. Milley has at least seven more combat deployments than Tucker Carlson.

House plan would increase child care capacity at some military bases. The child development center building program would receive more than 10 times its intended budget next year in the House’s first draft of the Defense Department’s construction funding bill.

Critical race theory rhetoric seeps into defense policy debate. “This is a dangerous ideology to push out in any shape or form on our troops,” one Republican lawmaker said.

Concerned over potential threats, DoD ramping up reporting efforts in wake of intel report on UFOs. When it comes to UFOs, the truth is still out there according to intel report.

Digital authoritarianism is a national security threat, Pentagon cyber leader says. The U.S. must fund the development of technology that can compete with the offerings of authoritarian countries, said Mieke Eoyang, deputy assistant defense secretary for cyber policy.

A quiet battle is raging in Congress over how the US will respond to China’s growing power. Under Donald Trump, the beltway’s view of China shifted from one of relative complacency to one verging on alarmism.

US remains the world’s dominant power in cyberspace but China is catching up, report says. The United States remains the world’s pre-eminent cyber power and is likely to retain that position ahead of China at least until 2030 with the help of similarly advanced Western allies, according to a new report by the International Institute of Strategic Studies (IISS).

NATO Black Sea partners describe Russian threat and need for more US deterrence. In a May virtual meeting with President Joe Biden, a group of nine Eastern European NATO countries led by Romania called for a bigger allied military presence on the Eastern Bloc.

USS Carl Vinson trains off Hawaii as Russian ships practice attacking enemy carriers nearby. The USS Carl Vinson and its strike group spent the past two weeks training off the coast of Hawaii, just as the Russian navy held a massive exercise in nearby waters that included targeting a mock carrier strike group with missiles.

With USS Reagan’s arrival, 2 US carriers are now supporting Afghanistan troop withdrawal. The Ronald Reagan carrier strike group is now in the Middle East to help support the withdrawal of U.S. forces from Afghanistan, the Navy announced Friday.

in my book woke means traitor – it is code you know.

It is high time that the U.S. goes to the U.N. and declares that the U.S. is expanding its territorial waters to 200 miles to protect fisheries for the future, to stop drug and immigration invasions. The expansion will include U.S. Territorial waters on all possessions, Islands and protectorates. The U.S. will discuss with neighboring countries territorial splits and equal boundaries. U.S. military, U.S. Navy and Coast Guard will be involved in providing support for patrol.and following U.S. laws.

That woke MF’r broke his Oath. Treason. He needs a short rope and a long, slow drop.
Dance the Danny Deever, you prck.

In a style of wits, Tucker and trump are unarmed against Gen. Milley

Can anyone imagine General Norman Schwarzkopf, Jr. saying what we’ve heard from Milley?