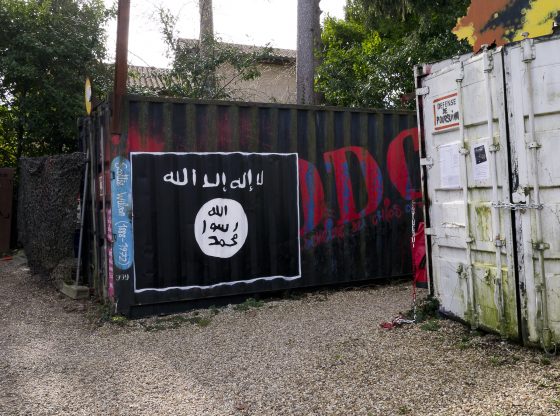 Today’s PDB includes a variety of critical issues such as – Biden introduces sweeping diversity initiative amid race-training controversy. US- Ukrainian exercise Sea Breeze 21 begins in the Black Sea after Russia threatens to fire on ‘intruding’ warships.

Physics gets a vote: No starcruisers for Space Force. Wars in space will never be like Star Wars.

Air Force previews new exercises on fitness test ‘menu.’ The Air Force is preparing to launch a customizable physical fitness test where airmen and guardians can mix and match the exercises they prefer, a service official said Monday.

Biden introduces sweeping diversity initiative amid race-training controversy. President Joe Biden has doubled down on his promises to expand the diversity and equity of the federal workforce, even as political uproar around critical race theory nearly derailed the Senate confirmation of his choice for Office of Personnel Management director.

US warns that Islamic State extremists still a world threat. As the U.S. works on its military withdrawal from Afghanistan, members of the global coalition fighting the Islamic State group met Monday to chart future steps against the extremist group.

Sea Breeze 21 begins in the Black Sea after Russia threatens to fire on ‘intruding’ warships. Just days after Russia threatened to fire on “intruding” warships near the Crimean Peninsula in the Black Sea, the annual Sea Breeze exercise, which U.S. 6th Fleet is co-hosting with the Ukrainian Navy, kicked off Monday with the largest number ever of participating countries.

U.S., Russia conduct separate naval exercises near Hawaii. A drill by the U.S. Navy, Marines and Coast Guard near Hawaii, led by the aircraft carrier USS Carl Vinson, coincided with a nearby Russian navy exercise.

Biden and the Iran-backed militias. Occasional airstrikes can’t make up for empowering Tehran.

Biden defends strikes on Iran-backed militias, rebuts critics. President Joe Biden said he ordered airstrikes against Iran-backed militias in Iraq and Syria and pushed back against members of Congress who questioned whether he should have consulted them about any imminent threat before attacking.

The lawfulness of the airstrikes on Iranian-proxy militia drone facilities…and more about the growing drone threat.  The Pentagon says the “targets were selected because these facilities are utilized by Iran-backed militias that are engaged in unmanned aerial vehicle (UAV) attacks against U.S. personnel and facilities in Iraq.”

Getting out of Iran’s way. The election of Ebrahim Raisi shows Iran’s lack of interest in peace with the West—and the perils of pulling out of the Middle East altogether.

Physics gets a vote: No starcruisers for Space Force. Wars in space will never be like Star Wars. “Starfighters” will not engage in dogfights with unlimited maneuverability and range. An actual conflict in space would be slow and deliberate, requiring prepositioning of weapons and meticulous planning.

Six littoral combat ships to deploy by year’s end as Navy continues to refine operations. The Navy will have six Littoral Combat Ships deployed by the end of the year – a record for the program, several Navy officials have confirmed to USNI.

How China and Russia May Attempt to Replace U.S. in Afghanistan as Biden Withdraws
WEDNESDAY PDB – China and Russia vs US in Space, Saying ‘No’ to Russia in Black Sea, Afghanistan’s Imminent Collapse, Pentagon’s New ‘Trans’ Troops, Back to Africa? Limiting Presidents’ War Powers

LISTEN UP…TERRORIST ATTACKS are a CONSTANT THREAT. The U.S. Needs AL LIANCE with OTHER COUNTRIES. SET UP a TERRORIST TASK FORCE that SPECIALIZES in Going AFTER TERRORISTS. From SamuraiQueen. 😄😄😄