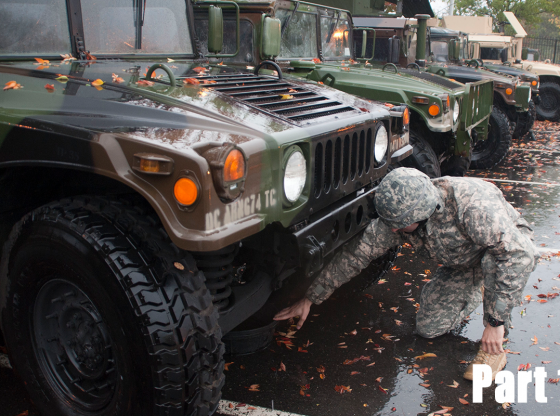 Donald McGregor, Major General U.S Air Force, Ret., is a Senior Advisor with the Center for American Defense Studies (CADS). He was also a former lead advisor to the Chief of the National Guard Bureau, who is a member of the Joint Chiefs of Staff. General McGregor has been a vocal critic of the misuse of the National Guard for the Biden Inauguration, and the current moves to use the Guard as a reaction force for Capitol security.

Earlier McGregor published a report for CADS titled ‘Militarized Inauguration Security and National Guard.’  Below is his most recent piece on this important subject from RealClear Defense, reprinted by ADN in two parts, with the author’s permission.

A recent article in the Military Times, “Creating a D.C. National Guard quick-reaction force is a bad idea,” provides some prudent resistance to the recent push by the U.S. House of Representatives to establish and fund a National Guard quick-reaction force (QRF). However, the argument falls short about what drives sound military planning—that is, what is the requirement and, more importantly, what is the threat driving it?

Without understanding these two issues, filling the requirement becomes whatever you suppose it to be, and produces unnecessary recommendations, pointless debate and, worse, wasteful taxpayer expenditures.

In May 2021, the House of Representatives unveiled a $1.9 billion supplemental appropriations bill to address security shortfalls highlighted in the Jan 6th U.S. Capitol riots. The bill would provide $200 million to establish a “quick reaction force” staffed by the National Guard. A recommendation from a non-partisan Task Force, directed by the Speaker of the House, to “identify actions or decisions…to improve the security of the Capitol.”

The breach of the Capitol is reason enough to review security shortfalls, as intelligence failed to identify possible antagonists before the event occurred and significant coordination and response missteps. However, the task force report added other recommendations for military forces post-Jan 6th, which appear to go well beyond the events of the day and suggest that a continued “domestic extremist threat” exists in the Capitol. This finding appears to be more supposition than fact.

Nearly five months after the Capitol riots, there has been no legitimate threat assessment to warrant continued military forces in the Capitol. Even the Department of Homeland Security’s (DHS) recent threat bulletin, most likely a key driver in arguing for the QRF, uses vague, nondescript language about “domestic extremist” threats, such as “may seek,” “likely,” or “with the intent” to describe potential (not actual) “violence against elected officials, political representatives, government facilities, and law enforcement.”

The DHS bulletin further obscures any rationalization for maintaining a military presence at the Capitol by offering no data or facts about possible attacks or thwarted “domestic extremist” plans. In fact, the only attack on Capitol police following the Jan 6th riot came from a left-wing Nation of Islam extremist who ran his vehicle into several Capitol police, killing one officer and injuring another.

Further, of the 465 currently arrested for breaching the Capitol on Jan 6th, none are charged with sedition, insurrection, or terrorism, and many of the conspiracy charges have been successfully challenged since there is little evidence of a “conspiring agreement” with intent to commit a crime.

The vast majority—425 of the 465 arrested—were charged with a minor offense of “entering or remaining in a restricted building or grounds.” This hardly supports the domestic extremist argument to warrant a QRF.

The “False Alarms” are the direct result of crazy proclamations by Certain political dunderheads who should know better, but insist on claiming these Alarms in order to make the opposition Party look abusive and negligent….sheer money wasting scare tactics and stupidity.

Capitol Hill is not a fort, stop pretending it is. Maybe if Congress would start playing nice they wouldn’t have to worry about the imaginary so-called extremists they’re so afraid of. The only “extremists” that have caused problems for the past year and longer are of the demokrat flavor, demokrats support them so they shouldn’t be afraid of them.

Here’s (The Problem)! Democrats act so robust and Demand America follow them off a cliff! You might not have liked Donald Trump’s demeanor or condoned his style of governing, but at least he above Clinton, Bush, and Dumb Fk Obama achived what he set out to accomplish!

Every time We see a Shit For Brains Dem. in office problems esculate beyond sanity. Now Odip Shit Obama want to make it that Rep./Conservatives never win another election. Trump is constantly in the governments view and set up by clowns in the democrat party. Its time to get Obama, Holder, Biden, Harris, Pelosi, and Schumer in prison!

LISTEN UP…The NATL GUARDS are NOT Being PAID ENOUGH for What THEY are DEALING With. The DEMOCRATS Treat PEOPLE Like DOGS. JUST Ask the ILLEGAL IMMIGRANTS How HAPPY THEY are. ASK the UNION GUYS the SAME QUESTION Along with ALOT of AMERICANS. BIDEN’S AMERICA is a NIGHTMARE. From SamuraiQueen. 😄😄😄

These fools know that when the people speak, they don’t listen. Now putting up a military defense will only allow them to ignore the People. These politicians fear Americans turning against their communist policies. The smell of fear is good in a society, people know that these crooks are soon to be dismissed.

The first priority after a successful coup is to protect the regime. It’s only after the communists realized how easy it was to topple a government where the population has been indoctrinated for 40 years with socialist ideology and are now scrambling to assemble a private army to protect that coup. Tyranny of the minority is here.

DEAR GENERAL, ” RE-READ THE CONSTITUTION ON THE SECTION FOR THE SAFETY OF THE UNION! ” TROOPS WERE DEHINITELY NEEDED HERE AS THE FBI AND PIGLOSI, HEAD OF THE HOUSE, INSTIGATED THIS NOV 6TH RIOT TO BEGIN WITH! IF THE TROOPS HAD BEEN THERE IN THE BEGINING, DUE TO WARNINGS WEEKS BEFORE, NOV 6TH WOULD NEVER HAVE HAPPENED!

This is the Most EVIL Regime in the History of Life in the Universe. When they have to turn the Capitol into what looks like a cross between a fortress and a concentration camp, you know the regime fears the People, and the People no longer view it as legitimate. Give the regime credit where due though… they’ve worked very hard to earn the contempt of the People… and that has been their only success.