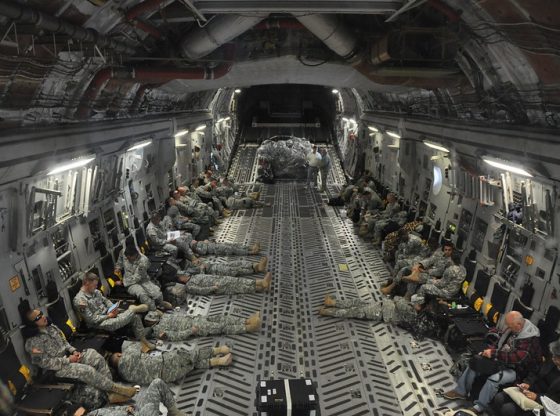 Donald McGregor, Major General U.S Air Force, Ret., is a Senior Advisor with the Center for American Defense Studies (CADS). He was also a former lead advisor to the Chief of the National Guard Bureau, who is a member of the Joint Chiefs of Staff. General McGregor has been a vocal critic of the misuse of the National Guard for the Biden Inauguration, and the current moves to use the Guard as a reaction force for Capitol security.

Earlier McGregor published a report for CADS titled ‘ Militarized Inauguration Security and National Guard.’  Below is PART TWO of his most recent piece on this important subject from RealClear Defense, reprinted by ADN in two parts, with the author’s permission. READ PART ONE HERE.

The lack of proper threat analysis or basis for a military requirement generates debate that, though well-intended, does more to confuse the issue than shed light on it. For instance, according to the MilitaryTimes article, “There is no issue if the Guard is used in their civil support role with proper notice, training, and command and control,” which, though superficially true, is inappropriate for a civil disturbance operations mission involving “search, seize, and arrest” duties that would be the case for the QRF.

Let’s take a moment to look deeper into the argument. The Guard can support law enforcement but only under the condition of “non-lethal support that is unrelated to law enforcement functions such as arrest, search, seizure, or crowd or traffic control,” as the defense department’s ruling “defense support to civil authorities” directive dictates.

In addition, public statutes (law) come into play when using the military to “carry out the laws,” such as section 275 of Title 10 USC, that restrict direct military participation with law enforcement involving “search, seize, arrest, or other similar activity.” Even in the National Guard’s Title 32 status, which is the case here, this would present a possible unlawful backlash.

The QRF Proposal Gets Murkier

Laws against military policing of its citizens, which is essentially the assigned role for the QRF, date back to post-civil war reconstruction law. One such law, the Posse Comitatus, prohibits any military activities that “execute [carry out or enforce] the laws” unless the President invokes an Insurrection Act—a rare Presidential decree allowing federal troops to quell rebellion but only in dire situations.

Invoking the act first requires the President to “by proclamation, immediately order the insurgents to disperse and retire peaceably to their abodes”; that is, the President must warn the rioters “within a limited time” to desist before calling on troops to quell the sedition. This would be a non-conducive prerequisite for a quick-reaction response.

Even the congressional Task Force’s recommendation for “clarification” of defense directive 3025.18 granting “emergency authority” to a local commander, without presidential approval, “to quell large-scale, unexpected civil disturbances” seems dubious. The Insurrection Act, which requires presidential approval, is public law (Title 10 USC Ch 13), while agency directives are “broad policy documents containing what is required by law” and should not counter any legislation that rules over it.

Where Does this Bring Us?

The breach of the Capitol on Jan 6th was indefensible, and those involved should be charged and prosecuted according to the law. But we first need to identify the requirement using sound military planning and threat analysis. A prudent examination of what drives any security review is essential for ensuring that solutions fit the requirement and do not devolve into wasteful and unlawful proposals, such as a QRF. What we do not need are empty debates that do more to confuse than enlighten.

It is time to acknowledge the elephant in the room. The lack of a proper threat analysis for the Capitol riots not only makes the “domestic extremist” threat questionable but also delegitimizes any other proposal and invites pointless discord. It is the role of sound threat analysis to distinguish real from imagined threats, to avoid wasting very real resources and funding.

No doubt there were security missteps that need addressing but allowing a task force or the media to travel down solutions well past the event of that day invites political mischief—and worse, solving security missteps with whatever you suppose them to be. This is a recipe for misidentified recommendations, pointless debate, and wasteful taxpayer spending.

Antifa and BLM were embedded in the crowd along with alleged CIA/FBI agents who riled up the people. No guns involved, no one killed except Ashley Babbitt. Pelosi and Dems didn’t care one bit about cities burning down – they encouraged it. This was regular Americans protesting the government BUT they dared to protest leaders who are destroying the country while winning a blatantly fraudulent presidential election. Dems are against any closed border or walls or guns or weapons of war EXCEPT when it’s protection for politician’s alone AND not the citizens. No expense spared when it comes to spending citizens money and not one cent of their own.

The National Guard is NOT Congress’ personal “police” force. Period!

The Moon Bat thinks they are and she also likes the theater of we were oppressed while she suckes her loose dentures and eats he meal a second time from them.

So far Nancy has refused to pay the cost of her highness ordering them to stay during the winter of 2021 into Spring of 2021. There was no necessity for the N.G to be at the Capital after Jan. 07, 2021. Nancy turned down Trump asking if there should a N.G. presence for his rally. She gave the Capital Police a light duty day and she knew what was planned and that FBI agents would also be in the crowd along with BLM and Antifa. .By Nancy keeping the N.G long after there was any danger she cost the N.G. $550,000.00 needs to be paid to cover their training exercises as the N.G. had footed all of the costs. She is shameless and a horrible creature who should be sharing a room in a locked dementia ward with Joe so he could sniff her whatever.

The General is very astute and the Democrats overstep far too often when they “weaponize” federal agencies to attack political enemies—the I.R.S., F.B.I., have been used improperly. The news media was used to spread the lie about a Capitol Police Officer being killed by being hit with a fire extinguisher—-when the only wrongful death was that of an unarmed Woman—-I digress–

Ashli Babbit was murdered by a Capital Police person a male a heavy male–he is caught on film taken by a bystander in a shooters crouch –he never called a warning–he just murdered the poor Air Force Veteran. Nancy is protecting him. Could it be that he is the one who carelessly left his Glock on the windowsill in a bathroom at the Capital.. Someone else found it and it was returned to him. Why was it ever off of his person and left on a window Sill?.This incident happened before the murder.

As usual, lawyers and judges have translated a simple principle into a rat maze of complicated conditions, wherefores, dependencies, “unless otherwise provided herein” and on and on. The simple intent was to prohibit the use of military force on citizens. Hell, we don’t even know yet whether the government planned and executed the capitol riot. And by the way, the government still won’t tell us who murdered Ashli Babbitt.

Further, if you Google on “who was killed in the capitol riot” the answer is Brian Sicknick with an explanation that he died of natural causes. The second answer is the New York Times article that lists five deaths, Brian Sicknick, Ashli Babbitt, Kevin Greeson, Rosanne Boyland and Benjamin Philips. Of course, all the blame was channeled to Trump. Use of the National Guard may have produced a repeat of the Kent State disaster.

As a footnote, Greeson died of a heart attack while standing beside the capitol. Boyland was killed in a crush of fellow rioters during their attempt to fight through a police line. Philips drove a van of Trump supporters from Pennsylvania to Washington and died of a stroke in Washington. Typically, Google covered the landscape with chaff.

There was NO “insurrection”! Except for a few individuals (likely “tools” of the “establishment”) there was no “riot” either! False Flag to the max to cover a stolen election!

I believe all the details, plans, and instructions for the intrusion are on the Piglosi missing Laptop … I also believe the FBI was totally in on the intrusion of the Capitol . The Capitol Police helgen the doors open and welcomed Citizens into the People’s House !

The National Guard need to tell Piglosi and the Democrats in the House of Representatives to tale a hike … they need to use the Capitol Police for protection . A military force is against the Law !

Really? The Capital riots of January 6th were indefensible but those earlier ones in DC which took place while Trump was President dont count as riots? You know, the one in which a church right next to the White House was burned and rioters were encroaching on the White House lawn? The one in which the rioters ignored the stated curfew and had to be disbursed by tear gas so a fence to protect the White House could be installed?? Remember?? We have reached a dangerous point in this country where the perception, factual or not, is that people of color may riot, burn loot and shoot with abandon and will not be held accountable, even if caught in the act. But it is clear that even the very simple free speech of whites is now being suppressed.If we go much further down this road the country will be lost, and the aftermath will not be pretty.