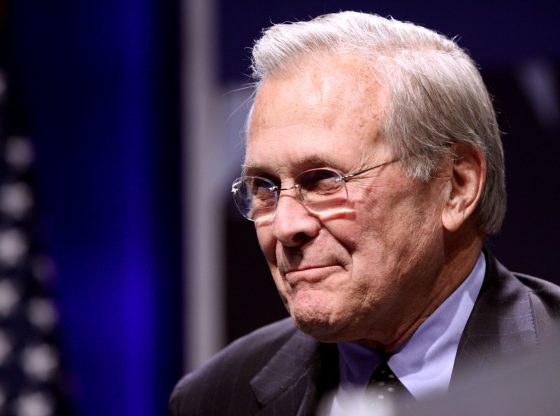 Former United States Secretary of Defense Donald Rumsfeld speaking at CPAC 2011 in Washington, D.C, and receiving the "Defender of the Constitution Award." / Photo by Gage Skidmore via Flickr

Donald ‘Rummy’ Rumsfeld died Tuesday, after six decades of impressive public service, and a controversial tenure as President George W. Bush’s Defense Secretary (SECDEF) – for a second time in his career. He was a brilliant man, naval aviator, Ivy league grad, congressman, businessman and patriot. He died just short of his 89th birthday.

He was the youngest person to hold the position of SECDEF during his first time under President Ford, in 1975. During his second time as SECDEF his vision was to transform the Pentagon.

But, that was not to be. As ABC wrote of Rumsfeld: “the two-time defense secretary and one-time presidential candidate whose reputation as a skilled bureaucrat and visionary of a modern U.S. military was unraveled by the long and costly Iraq war.”

The family released a statement Wednesday that said:

It is with deep sadness that we share the news of the passing of Donald Rumsfeld, an American statesman and devoted husband, father, grandfather and great grandfather. At 88, he was surrounded by family in his beloved Taos, New Mexico. History may remember him for his extraordinary accomplishments over six decades of public service, but for those who knew him best and whose lives were forever changed as a result, we will remember his unwavering love for his wife Joyce, his family and friends and the integrity he brought to a life dedicated to country.

I only met Mr. Rumsfeld once – in 2010 at a conservative journalist’s event at the National Press Club in Washington, DC. He was down to earth cheerful and gracious. I was running for Congress at the time in Miami. After speaking with him for just a few minutes and noting my outsider campaign motto – “The Marine vs the Machine,” Rumsfeld offered to donate to my campaign.

At first, he thought the maximum contribution was smaller than it had become. I joked that things had changed since he was in congress decades back. He laughed and agreed to make the much larger maximum individual contribution then allowed.

A few weeks later he came through on his pledge. I will be forever grateful to him for that amazing gesture. A true gentleman.

As reported by USA Today:

President George W. Bush selected Rumsfeld for his second stint as Pentagon chief in 2001. Rumsfeld vowed to shake up the military bureaucracy, seeking to make it leaner and more agile.

The Sept. 11 terror attacks changed everything.

Rumsfeld oversaw the Pentagon’s response and its initial attack on al-Qaida bases in Afghanistan. With stunning speed, U.S. commandos and airstrikes toppled the Taliban from power, and a democratically elected government was established.

But then there was Iraq. A war Rumsfeld did not relish and wanted to be over quickly.

In the spring of 2003, in a lightning success, U.S. forces routed the Iraqi army and moved quickly to seize Baghdad. As USA Today notes: “Iraqi troops faded away, but there were soon signs of civil unrest. Looting was rampant, and Rumsfeld dismissed news reports, predicting ‘wonderful things’ for Iraqis.” A decade-long ‘quagmire’ ensued.

Rumsfeld also dismissed complaints from troops in combat that they were ill-prepared for the fight. He said in 2004: “As you know, you go to war with the army you have, not the army you might want or wish to have at a later time.” As true as that may be, it wasn’t what American troops on the ground wanted to hear.

USA Today adds: “By 2006, the wars and Rumsfeld’s handling of them had become a political liability for Bush. He fired Rumsfeld shortly after the midterm elections and replaced him with [Robert] Gates.”

Prior to that though, Rumsfeld was known at the Pentagon for his ‘snowflakes’ method of sending memos on just about everything. In 2018 Defense News noted:

When Donald Rumsfeld arrived back at the Pentagon in 2001, he brought with him a whole host of new ideas about reforming the department — and one particular method he used to convey his thoughts.

A flurry of short memos and tasking orders began to emerge from Rumsfeld’s E-ring office, the whitepapers quickly earning the nickname of “snowflakes.” And most anyone who worked in the building during that time has a snowflake story.

On his website, Rumsfeld said: “They quickly grew in number from mere flurries to a veritable blizzard.”

Sadly, this incredible and honorable man, known for his integrity, brilliant ideas, and ‘snowflakes,’ due to the Iraq war, was unable to radically reform the Pentagon as he had wanted. And was instead dragged down by that war.

Perhaps in a different timeline, he might have accomplished his goal and today we would have a far leaner, meaner and more efficient and effective Pentagon, far better suited to face America’s 21st century threats. In any case, Donald Rumsfeld was still a great man, and a great American. RIP sir. 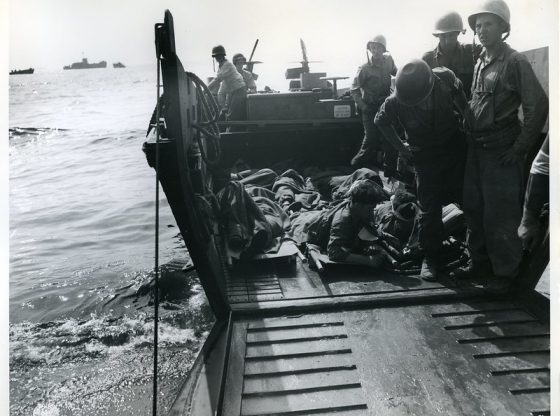