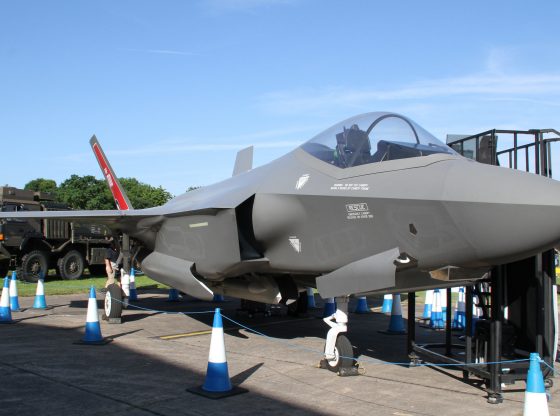 Naval Special Warfare in a ‘race for relevancy’ as mission shifts to high-end conflict.

When does a ‘cyber attack’ demand retaliation?

Trump calls for Joint Chiefs Chairman Milley to be fired. The former president accused Milley working to “impress the radical left” rather than focus on the military.

Maritime service chiefs push back on criticism that the military is becoming ‘too woke.’ The comments came as Americans remain divided on whether the services are focusing on racial issues too much.

When does a ‘cyber attack’ demand retaliation? NATO broadens its view. A set of “malicious cumulative cyber activities” may now amount to an armed attack.

A privately funded National Guard deployment is legal, but is it ethical? The decision by South Dakota Gov. Kristi Noem to use a private donation to send 50 National Guard troops to Texas’s southern border has sent shockwaves through military and government oversight circles, with questions raised about the legitimacy of the move, which appears to be a first.

Pacific Fleet commander says he has a duty to prevent seizure of Taiwan. The commander of U.S. Pacific Fleet says he is concerned about People’s Republic of China (PRC) as a pacing threat, but he is also confidant in his forces, allies and operational designs to thwart any attempt by China to seize Taiwan by force.

Putin says US and UK were behind Black Sea ‘provocation.’ Russian President Vladimir Putin said Wednesday that an incident involving a British destroyer in the Black Sea couldn’t have triggered a global conflict even if Russia had sunk the warship because the West knows it can’t win such a war.

US questioned whether Afghan government could survive Taliban onslaught. Biden to boost aid to Kabul as the militants capture more territory.

Naval Special Warfare in a ‘race for relevancy’ as mission shifts to high-end conflict. The integration of Navy SEALs and special boat teams into carrier strike group and amphibious ready group training exercises reflects naval special warfare’s renewed commitment to support the fleet and joint force and reinforce its own roots as naval commandos.

He’s been right on most things so far!

I TOTALLY AGREE WITH PRESIDENT TRUMP ON THIS BOGUS GENERAL FORCING THIS MARXIST CRT CRAP INTO OUR MILITARY THAT WILL DESTROY THE MUTUL RESPECT ALL PERSONAL HAVE HERE! ” YOU DONT GET INTO BED WITH THE ENEMY! “

This general has become a Bolshevik champion of Marxist dialectic. To HELL with him.