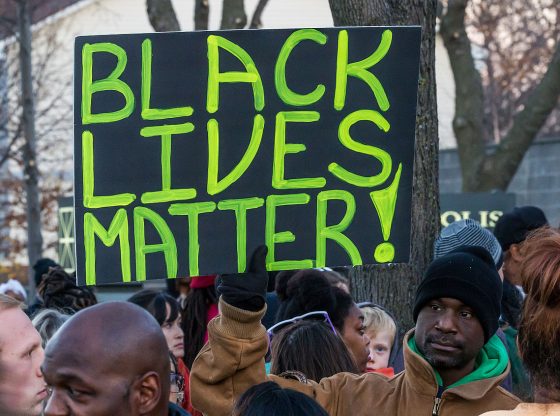 Today’s PDB includes a variety of critical issues such as – US slipped out of Bagram at night, didn’t tell new commander. After US’s Bagram exit, Afghans face the Taliban alone. Biden’s cold response to Afghanistan’s collapse will have far-reaching consequences.

Bringing BLM to DoD. The criminal justice reform movement can’t ignore the military. Following the police killings of George Floyd, Breonna Taylor and too many more Black and brown Americans, there has been a nationwide call to address the disparities in our criminal justice system.

US slipped out of Bagram at night, didn’t tell new commander: Afghan military. Afghanistan’s army showed off the sprawling air base, providing a rare first glimpse of what had been the epicenter of America’s war to unseat the Taliban and hunt down the al-Qaida perpetrators of the 9/11 attacks on America.

After US’s Bagram exit, Afghans face the Taliban alone. Afghan soldiers returned to their barracks to prepare for dinner last Friday when all the generators suddenly fell silent and the lights on this massive base, the centerpiece of America’s war effort in Afghanistan, shut off.

Biden’s cold response to Afghanistan’s collapse will have far-reaching consequences. When President Biden chose in April to withdraw all U.S. forces from Afghanistan by September, we were among those who judged that the result would be a disaster for the country’s 38 million people — and in particular, its women. Now, that tragedy appears to be unfolding more quickly than even many of the pessimists imagined.

Does Biden’s Pentagon take China seriously? Its leaders warn of the threat from Beijing, but their budgets suggest otherwise.

Warships HMS Defender, HNLM Evertsen leave Black Sea. Two NATO warships have left the Black Sea after operating for 18 days of exercises in the region, according to ship spotters in Turkey.

July could be the last month to save the Iran nuclear deal. Domestic politics in Tehran and Washington are gradually closing the door.

Big screen to battlefield: How sci-fi can inspire next-generation weaponry. Directed energy has captivated science fiction fans for decades, but we must not allow a failure of imagination to prevent us from converting directed energy from movie magic to military might before our adversaries.

Yes, ‘Anti-racist’ Left Wants to Erase the Fourth of July – And the Rest of American History and Society
Biden Fumbles Simple Question About Cyber Hacks and Russia – Calls Grow for President to Take Cognitive Test

BLMIS A RACIST GROUP OF SHITS.

WHY WOULD THEY NOT BE WELCOM INTO THE ” D O D ” FILE AS THE HEAD OF RHE D O D IS THE BLACK MARXIST CRT LOVER HERE! HE IS DESTROYING OUR FIGHTING FORCES JUST LIKE ALL THE ” FILTHY DEMONRATS ” WHO ARE AGAINST THE CONSTITUTION THAT KEEPS OUR FREEDOMS INTACT!

LISTEN UP….WHAT is BLM Doing for the BLACK COMMUNITIES???? HELP Your BROTHERS and SISTERS. HEAR Their CRIES. FOLLOW in the FOOTSTEPS of the Late Great MARTIN LUTHER KING Jr. BE a G OOD EXAMPLE for OTHERS to FOLLOW. From SamuraiQueen. 😄😄😄

Only when democrats are in charge would our government work with BLM, nothing but criminals. Since many of these idiots in this administration are probably friends with them they just want to get them on the payroll. Can’t wait for them to turn on these disgusting democrats, hopefully they burn their homes and business after they loot them. I think BLM owes us taxpayers money for all the looting, burning and tearing down of statues.

WE THE PEOPLE NEED TO DEMAND IMPEACH BIDEN AND HARRIS!

WE THE PEOPLE (aka SILENT MAJORITY) we’ve had countless opportunities to fixed the nightmare of having Biden & Harris and sadly we chose to give the DEMOCRATS what they expected of us, to REMAIN SILENT! Thus, making us equally complicit in the fraud perpetrated against United States Americans!

Democrats want to legalize anarchy and ban law and order!

I recognize that there is no end to this hopeless conflict. But I hope on their final exit move, they take out some valuable enemy assets. Otherwise, history will simply record it as abandoning an ally.

Seems the only way to deal with such conflicts is by forming a large coalition of nations as Bush 41 did to stop Iraq. Anything less and help won’t be on the way tomorrow or ever — except to the enemy.

It is time to be more like Israel where every child must give 2 years in military training when they turn 18 or graduate from high school. 2 years in the military will teach proper handling of weapons and love of country. After 2 years , if they are good enough,, they can stay in or leave to continue their lives outside of the military.

FK BLM. Black lives matter no more than any other RACE. So piss off blm.