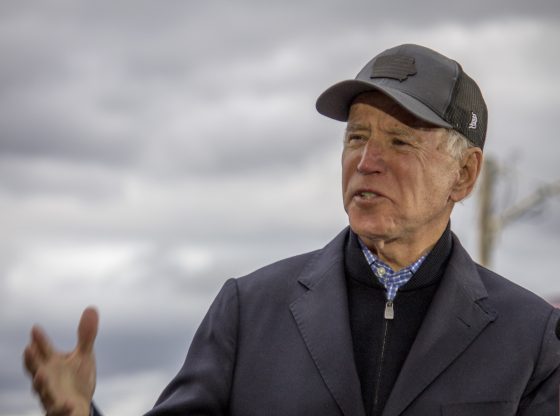 ANALYSIS – During his recent address to the American people, President Joe Biden tried to explain his reckless and ill-advised Afghan withdrawal that is increasingly turning into a disaster. As we have been reporting regularly in recent weeks, Biden’s sudden unconditional U.S. withdrawal from Afghanistan caught America’s European allies off guard as much as the Afghan government and the Taliban.

NATO forces in-country quickly pulled together their own evacuation plans to avoid being left behind after U.S. troops left. Since then, many if not all NATO troops have left. As U.S. forces rapidly evacuate, increasing numbers of critical U.S. military equipment and firepower is being captured, stolen or given to the Taliban, as the enemy surges in the countryside.

The most recent intelligence assessment gives our Afghan allies six months before collapse. Others are even less optimistic.

We should be concerned. The loss of terrain and the rapidity of that loss of terrain has — has to be concerning, one, because it’s a — war is physical, but it’s also got a psychological or moral component to it. And hope actually matters. And morale actually matters… And so, as you watch the Taliban moving across the country, what you don’t want to have happen is that the people lose hope and they believe they now have a foregone conclusion presented to them.

Without U.S. air support, contractors and other assistance, Biden’s “withdrawal” is quickly turning into a rout for our free Afghan allies.

Yet, amidst all this chaos and looming calamity, Biden said: “I trust the capacity of the Afghan military, who is better trained, better equipped, and more re- — more competent in terms of conducting war.”

As National Review noted: “Biden’s expression of confidence in the capacity of the Afghan army is very close to lying to the American people about the state of Afghanistan.”

Based on the overwhelming reporting for Afghanistan, Biden’s rosy optimism is either an outright lie, or as he likes to say, total ‘malarky,’ or he is delusional beyond repair.

Another possibility is that Biden knows what he’s saying isn’t true, and has been refuted by the facts on the ground for weeks and months, but acknowledging it would make the withdrawal look like a mistake, so, much like Biden’s claim that surges of migrants crossing the border were part of a normal seasonal pattern, the president will insist that everything is going fine and hope not many Americans notice the Taliban is taking over again.

If Biden wants a full withdrawal and an end to the mission by the end of August, he can order that as commander in chief. But as a famous judge used to say, don’t pee on Americans’ legs and tell them that it’s raining.

Iran has wanted to overwhelm Iraq for a long time. Looks more like a gift from Old Senile Joe in my humble opinion!

could be old JOE NEEDS TO BE REPLACED, SOON AND VERY SOON

Yes, joe needs to go and the REAL winner of the election needs to be re-installed in the Oval Office. Dr Jill has already run off with Air Force One and a bunch of friends to attend the Olympic games and Hawaii and Alaska. So who is baby sitting Joe?

I keep wondering how long Pelosi & Schumer will cling to this doddering dim-wit as their wise counselor and leader. Unless they’re his mental equal, they must know it’s over for Afghanistan. Apparently, the world believes it’s a nation that has earned its civil war. Otherwise, a coalition would have joined forces as they did when Iraq invaded Kuwait.

This will create a vacuum that will be filled by Islamic jihadists. Another dumb move by ‘The Administration’

Joe just gave Afghanistan back to the Taliban and all of the blood and treasure the USA lost has been in vain. They all embrace a Faith that is very much into killing anyone who gets in their way to World conquest.. Why are we letting this llawed, Senile man who only got to the oval office via the Fraud route give it all away and put us in danger for another attack on our Home Land.

[…] Biden was either lying in his public statements about being surprised by the Taliban’s victory, as I have written, and CNN agreed, or he is too out of touch to know the […]