FRIDAY PDB – Can US Lose the Next War? Kabul Will be Biden’s Saigon, Marines Deploy to Africa, US Military Response to Hacking? Countering China’s Aggressive Space Strategy

Home /Paul's Daily Briefing/FRIDAY PDB – Can US Lose the Next War? Kabul Will be Biden’s Saigon, Marines Deploy to Africa, US Military Response to Hacking? Countering China’s Aggressive Space Strategy

FRIDAY PDB – Can US Lose the Next War? Kabul Will be Biden’s Saigon, Marines Deploy to Africa, US Military Response to Hacking? Countering China’s Aggressive Space Strategy 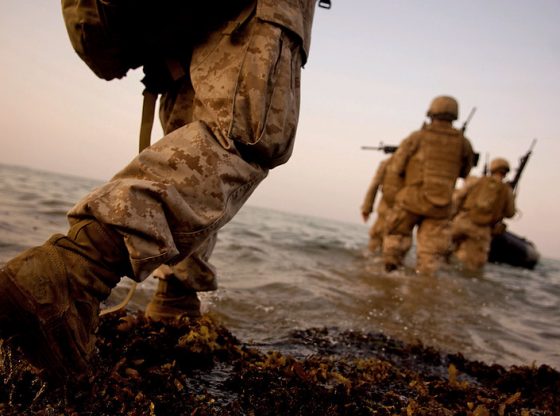 Today’s Expanded Edition PDB includes a variety of critical issues such as – U.S. foreign policy needs to get over its fear of instability. Biden says Kabul is no Saigon. US to prop up Afghan Air Force. After gestures to the US, Turkey turns to placating Russia. Pentagon ‘deeply concerned’ by recent attacks on personnel in Iraq, Syria.

Why America could lose its next war.

Russian supersonic bombers are training for war against NATO in the Black Sea.

Cyber Command lawyer calls for military operations against hackers. The top lawyer for U.S. Cyber Command is calling for the United States to push back against transnational criminal hackers with military cyber operations.

Another ‘crisis’ in civil-military relations? What should be the role of Defense Department civilians below the secretary of defense in policymaking?

Why America could lose its next war. The U.S. Department of Defense loves a good buzz phrase: capability over capacity, making the tough choices, taking risk now to reduce future risk.

U.S. foreign policy needs to get over its fear of instability. There is a history lesson worth learning here about imperial overreach, as the United States leaves Afghanistan.

Biden says Kabul is no Saigon. The President doesn’t like to be asked hard questions about his withdrawal from Afghanistan.

US to prop up Afghan Air Force. Afghanistan will get an injection of contractor support and planes for its beleaguered Air Force.

After gestures to US, Turkey turns to placating Russia. Turkey is back to its balancing act between Moscow and Washington after a series of moves to win favor with the Biden administration at the expense of irritating Russia.

Russian supersonic bombers are training for war against NATO in the Black Sea. Last week, the United States Navy and more than thirty international partners began taking part in the annual Exercise Sea Breeze, which took place in the Black Sea – and Russia is none too pleased.

IT COULD HAPPEN BUT i DOUGH IT VERY MUCH

When the last soldier leaves, turn and remark “If you hit our Homeland again we will respond with our full nuclear capabilities. No More boots on the ground, no Nation Building just Fire and Hell”.

That ain’t never gonna happen with the idiot residing in the white house and his minions – more like what, ” What did we do and is there anything we can apologize for?”

LISTEN UP…The UNITED STATES will BE the HEAD and NOT the TAIL. The U.S. Has SOMETHING almost as GOOD as the ARK of the COVENANT. The U.S. Has GOD’S ADOPTED DAUGHTER. GOD is on MY SIDE. GOD is GOOD at TAKING DOWN GIANTS. From SamuraiQueen. 😄😄😄

The American fighting man or person is far better skilled than either the Chinese or Russian soldier! ! The difference is the system these people lived under, (at least until recently) Americans learned long ago training is good but being able to think for ones self is equally important. During the Korean, Vietnam wars we killed far more enemy combatants than we lost! Air combat was very one sided our pilots had a 10 to 1 kill ratio against Chinese and Russian pilots. Plus now we would be fighting for our very way of life and even our very lives. Both of these nations troops have lived under a regime that did all of the thinking for them. . .when facing a personal decision situation even a short hesitation got these enemy troops killed ! Plus we need to protect our 2nd amendment since recently a Chinese government official said attacking the mainland US would be nightmare because THERE ARE MANY TIMES THE NUMBER OF CIVILIAN FIREARMS THAN THE MILITARY HAS AND VERY NEARLY EVERY GOURILLA WAR HAS BEEN WON BY ARMED CIVILIANS PROTECTING THEIR HOMELAND !

yes we could lose future wars . just keep politicians out of the decisions and let the military pros run the show!!

America is already loosing the War from Antifa and Black Life Matters !!!!! China wants to eat our lunch to become the New World Super Power !!! This New Radicalized Far Left Soicialist Party is doing everything they can think of to Bring Down and Destroy Our True American Values !!! So Yes, We Have Never Been So Unprepared And Committed to Defend America !!!!

The US has not won a war since WWII. Politicians have no will to do what is necessary to totally defeat an enemy. Were there a war now our military will not be allowed to use its capability to destroy a foe.