The U.S. Navy’s Amphibious Squadrons (PHIBRONs) support embarked amphibious forces, render humanitarian assistance and disaster relief, and perform assaults on hostile shores during low intensity conflicts and as part of integrated battle forces during major conflicts. They can land Marines and equipment by air and sea simultaneously, and support Marines in the field with fixed and rotary wing attack aircraft.

PHIBRON 4, based out of Norfolk, Virginia, is one of nine U.S. Navy amphibious squadrons, responsible for planning and executing amphibious operations and deployments with reinforced Marine battalions worldwide.

One Alexandria, Virginia native serves as a naval officer with this PHIBRON and explains his role as a cryptologic warfare officer with the squadron. Lt. Anton Ekman is embarked aboard the squadron’s command ship, the USS Iwo Jima (LHD-7), a Wasp-class amphibious assault ship.

This impressive medium carrier can carry a squadron of helicopters and VTOL aircraft from its flight deck and launch three Landing Craft Air Cushion Craft (LCAC) or two LCU or six LCM-8 or 40 Amphibious Assault Vessels (AAV) (normal) or 61 AAVs (stowed) from its well deck. The ship’s crew consists of 73 naval officers and 1,009 enlisted sailors. When embarked, the Marine force adds an additional 1,894 Marines .

My job in the Navy as a cryptologic warfare officer is to find out what our adversaries are thinking and ensure our commanders and decision-makers can use that information in their planning. In addition, “Cryppies,” as we like to call ourselves, have a deep understanding of electronic warfare within the EM spectrum, offensive and defensive Cyperspace Operations, Signals Intelligence in many different areas, and even Space Operations and how they can be used in the Maritime Domain.

Ekman joined the Navy six years ago after learning about the U.S. Naval Academy. According to Ekman, the values required to succeed in the Navy are similar to those found in Alexandria. He notes that:

I have learned from serving in the Navy that there are innumerable ways to approach a problem. Often, planning meetings in the Navy have representatives from every warfare area and many enlisted specialties. From those meetings of the minds, I have seen elaborate and insightful plans generated using unconventional thinking from some of the most unlikely sources. I recall one time, where an intelligence officer brought up a critical consideration in the surface warfare realm that had the discussion going for hours afterward.

The thing I like most about working at my command is the vast variety of sailors and officers I get to work with. Our group spans the array of possible jobs you can have in the Navy; we have surface warfare officers, pilots, submariners, operational specialists, intelligence specialists and information warfare officers of all kinds. Added to our professional diversity is the wide range of personalities that spice everything up day-to-day, it really makes for a fun time while we are accomplishing the mission.

Ekman, and all other sailors and Marines aboard the Navy’s nine PHIBRONs, know their efforts will have a lasting impact around the globe. ADN

FRIDAY PDB – Can US Lose the Next War? Kabul Will be Biden’s Saigon, Marines Deploy to Africa, US Military Response to Hacking? Countering China’s Aggressive Space Strategy
PATRIOT PSA – American vs American’t – Negativity and Defeatism Not Allowed

tHANK gOD FOR OUR PROTECTORS. 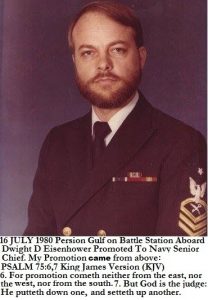 TWO PEOPLE WE NEED TO GIVE OUR THANKS EVER DAY THAT HAS DIED FOR US, JESUS CHRIST AND THE AMERICAN SERVICE PEOPLE.