It is rare that a CNN reporter or analyst starts off his reporting using almost the exact words and phrases to describe something President Biden did, or has nearly identical conclusions, to something I wrote.

But in today’s world surprises abound. On July 10, Peter Bergen, CNN’s national security analyst, wrote a piece about Biden’s deceptively rosy Afghanistan withdrawal speech in strikingly similar terms to what I used a day earlier in my July 9 piece.

Imitation may be the best form of flattery. And CNN was right to agree with me.

In my piece the day before, I wrote: “During his recent address to the American people, President Joe Biden tried to explain his reckless and ill-advised Afghan withdrawal that is increasingly turning into a disaster.” I added: “Based on the overwhelming reporting for Afghanistan, Biden’s rosy optimism is either an outright lie, or as he likes to say, total ‘malarky,’ or he is delusional beyond repair.”

In  his piece the next day, titled ‘The worst speech of Biden’s presidency,’ Bergen began, “On Thursday President Joe Biden spoke in defense of his ill-considered, hasty withdrawal from Afghanistan, in remarks peopled [sic] with straw men and littered with false assertions.” Bergen concluded: “To use another trademark Biden expression, his Afghanistan speech was a bunch of malarkey.”

To his credit, Bergen goes into much more depth and detail as to why Biden’s speech was a total crock of horse puckey. Bergen notes:

They didn’t, according to the UN in a report released just last month.

…Biden is now honoring an agreement with an insurgent/terrorist group that is not abiding by the terms of the deal that was negotiated last year by the Trump team.

In an analysis I have used repeatedly, Bergen demolished Biden (and Trump’s nonsensical argument about ‘never ending wars” and commitments. And how little this withdrawal aids the U.S. in its face-off with China. Bergen continues:

Biden said that the US can’t be in Afghanistan “indefinitely,” yet there are some 28,000 US troops in South Korea three-quarters of a century after the end of the Korean War, because the US has a strategic interest in defending the country against the nuclear armed North Korean despot, Kim Jong Un.

So too, the US could have left its 2,500 troops in place in Afghanistan, a force that is less than 10% of the American service personnel in South Korea, to enable the Afghan government to fight the Taliban and its jihadist allies, such as al Qaeda.

Fourth, Biden speciously implied that if the US has troops in Afghanistan then somehow it won’t be strong enough to “meet the strategic competition with China and other nations.”

The US military consists of 1.3 million active-duty personnel and yet it can’t leave 2,500 troops in Afghanistan? To use a trademark Biden expression: C’mon man!

After his speech, Bergen noted, “Biden told reporters that it’s “highly unlikely” that the Taliban will take over Afghanistan, which is not what his own intelligence community is warning.” They give our Afghan allies as little as six months without direct U.S. support.

In words Biden is certain to soon regret, Bergen concluded by noting that Biden also said in response to questions, there were no parallels “whatsoever” to Vietnam in 1975: “There’s going to be no circumstance for you to see people being lifted off the roof of an embassy of the United States from Afghanistan.” Biden proclaimed this even as Bergen confirmed US military planners are preparing for just such an urgent evacuation as one of its contingencies.

Kudos to Peter Bergen and CNN for some truly solid analysis and for following AND’s lead on this critical topic. ADN

It seems even CNN has to admit the truth every now and then. Biden’s administration is a disaster and America is in danger from this senile pervert.

Joke Biden is proving to all of America and the world that he is a terrorist and not just a domestic terrorist. In America he is terrorizing everybody that is not in his bedfellow administration, Obama, Hillary and Pelosi. His administration, likely Susan Rice are terrorizing us even more by their backroom actions of elder abuse of Joke Biden who is following deep state orders or ELSE! Joke Biden does not even know what he is doing much less saying. His words are prerecorded from his handlers. Undoubtedly Joke Biden does not even remember what he said, did or here he went much less where he is at any given moment. It wouldn’t surprise me if his wife, Dr. Birthing Person Biden is doing much of Joke Biden’s terrorizing and she knows it! Every single one of those above named terrorists must be arrested, taken to Gitmo for tribunals and put to death for their treason. I understand that that very fact is being done as I type this. It’s been going on for a long time and many more are to come. Hopefully, our creator will intervene and make this divinely possible. I don’t think our citizens are going to take much more before an uprising happens. We are all tired of the BS from the evil Democrats. We want our lives back without being made to fear what will happen next to disrupt our lives and hurt us more. I say all of this with love for all of you and human kind.

Where America steps out, China or Russia steps in. China wants to take over Cuba and the poor souls there will not get a free pass to the U.S. like the cartels from Mexico do. The Cubans who want freedom from communism are being hunted down and shot in their homes. Perhaps the Cuban Americans can put some sense into Biden or they will drown at sea.

Is Russia still interested? What about NATO? Is the UN interested in this disaster? Seems our only hope will be a final and decisive Afghan civil war with an ineffective winner with a boss and an army of bullies. Containment will become Biden’s new policy while Iran will go at it again with Iraq. America’s big question is what will our Imbecile-in-Chief do? Clearly, the football should be kept far away from his basement.

globalist puppet, libby snow flake sheep parents should keep their daughters far away from his basement .

This is an unmitigated disaster. the Taliban (who by the way are on a mission from God) will roll over the afghan army quicker the anyone thinks possible. This will open the door to China in a way bigger then most people can’t understand. And it plays into their narrative that the United States is a declining power and an unreliable partner, and they will milk this for all it is worth. This will do grave damage to the reputation of the United States and will have many countries rethinking their relationship with the U.S.

Yes, Robert. Due to the actions of a false pResident with no honor, we have just abandoned our friends who supported the Afghan people’s rejection of Dark Ages theocracy and rise to national independence. I fear we have consigned our collaborators and supporters to torture and death and doomed Afghanistan to barbarism.

Obama pulled this same crap. Obama wasn’t bound by an agreement made w/ Pres.Bush [43] on Iraq. He could’ve renegotiated w/ the Iraqi Govt but chose not to. 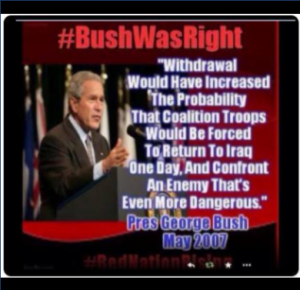 […] The current outrageous administration spin continues the precedent set by Biden’s July Afghanistan speech which both CNN and I called absolute “malarky.” […]

[…] July 12th I wrote that President Biden would soon regret saying in response to reporters questions, that there were no […]

Top Obama Diplomat in 2010: Biden Said ‘F**k that About US Obligation to Afghans – ‘We did it in Vietnam, Nixon and Kissinger got away with it.’ – American Defense News

[…] clamor to be evacuated from Kabul amidst the tragic Taliban victory. Meanwhile, Biden makes deceptive and disingenuous speeches trying to justify his […]