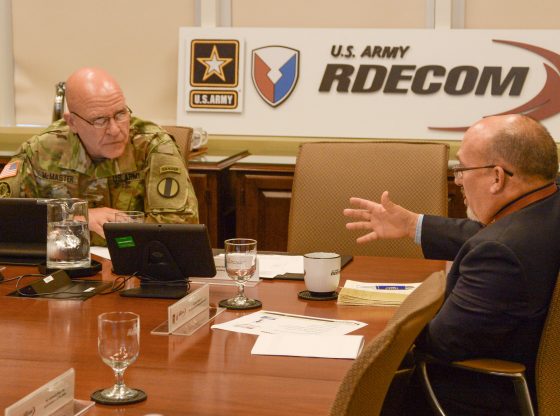 As President Biden failed in his deceptive defense of his disastrous Afghan surrender during his poorly received recent speech, some in the media are finally paying attention to the tremendous positive strides Afghans achieved during the U.S. involvement.

And they are now also noting how much of that amazing progress is now already beginning to come crashing down as Biden completes the U.S. abandonment of this key regional ally.

Expect more reporting about upcoming atrocities, repression, lack of women’s rights, lack of education, end of progress, and the death of many other things that those on the left generally claim to support. But only now that the Biden withdrawal is nearly complete.

In Tweets on Thursday, he attacked the U.S. media’s lack-of Afghanistan War coverage, accusing the media of helping create what he believes will be a “humanitarian catastrophe” in the Central Asian nation.

McMaster tweeted: “US media is finally reporting on the transformation of Afghanistan after their disinterest and defeatism helped set conditions for capitulation and a humanitarian catastrophe.” In his tweet he linked to a Wall Street Journal report on the U.S. withdrawal is impacting Afghanis and opening the door for Taliban forces.

US media is finally reporting on the transformation of Afghanistan after their disinterest and defeatism helped set conditions for capitulation and a humanitarian catastrophe. https://t.co/0YV7P0VjgG

Earlier, in June, McMaster said on CSPAN at an event hosted by the Foundation for the Defense of Democracy (FDD), that the war in Afghanistan was “not really a 20-year war,” but instead a “one-year war fought 20 times over.” The general added that the military effort was generally “utterly disconnected” from any clear political objectives.

Aiming his fire at the media’s poor coverage, McMaster also said: “Afghanistan is a misunderstood war. It’s an underreported war. The American people, sadly, because the succession of presidents, the last three in particular, didn’t really take it upon themselves as commanders-in-chief to explain to the American people what was at stake there and what was the strategy that could deliver a favorable outcome.

The general’s latest comments came, notes American Military News (AMN), after the White House noted there would not be a “‘Mission Accomplished’ moment” after the final troops are withdrawn from Afghanistan. Biden press secretary, Jen Psaki said:

We’re not going to have a ‘Mission Accomplished’ moment in this regard. It’s a 20-year war that has not been won militarily. We are proud of the men and women who have served. Incredibly grateful. We will continue to press for a political outcome and a political solution.

When by reporters asked whether her remarks meant the mission in Afghanistan had not been accomplished, CBS News reported that Psaki responded:

Ahead of President Biden’s address on Afghanistan troops withdrawal, Psaki says there won’t be a “Mission Accomplished moment” for the war: “It’s a 20-year war that has not been won militarily…We’re not having a moment of celebration” https://t.co/Bkl9Fdc4Nw pic.twitter.com/mWQqpGGCty

CNN Agrees with ADN – Biden’s Afghanistan Speech was Pure ‘Malarkey’ – Withdrawal is a Total Disaster
MONDAY PDB – Cuban Uprising, Haiti Crisis, Who Owns the National Guard? – States Push Back Against Feds, France Steps Up, US and France Fight Terror Together in Africa

The communist squatters at the WH are lead by Hunter, “the smartest man I have ever known” joKe bidet.

Can’t imagine how families of those whose loved ones lost lives and limbs there must feel right now. Has Vietnam written all over it, thanks to the clown in the White House.

Another Vietnam debacle. Our present pretender in thief will go down in history as the worst president ever.

Hidenbiden is the real debacle,embarrassment,mentally unfit,totally incompetent, eveyone can see his stage 3 dementia taking over, he needs to be removed, by what ever means, He is leading this country to hell. It’s time for good men to rise and stop this destruction of america, by hidenbiden and the dummycraps, that have went over the edge.

LISTEN UP…The GOOD PEOPLE of AFGHAN Need to BE RELOCATED. CLEAR THEM OUT of the DANGER ZONES. TIME to TRAP and DESTROY the TERRORISTS. THEY are ON a MURDER SPREE. HOW MANY MORE INNOCENT PEOPLE Have to DIE???? COME UP with a STRATEGY. From SamuraiQueen.😄😄😄