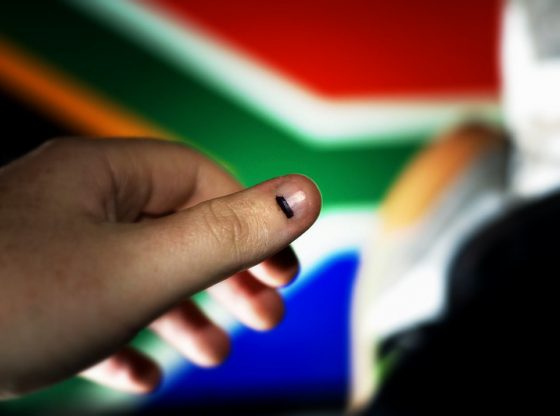 Is South Africa’s current violence and chaos, centered in Durban, part of an internal political battle within the African National Congress (ANC), using whites as scapegoats and targets? Durban is the third-most populous city in South Africa after Johannesburg and Cape Town and the largest city in the South African province of KwaZulu-Natal.

It is also the epicenter of the violent chaos and current political intrigue in the country.

Recall that the black nationalist ANC party has been in power since 1994 and public corruption had reached a massive scale under President Jacob Zuma and others who refuse to appear in front of the Zondo Commission investigating “State Capture’ and corruption.

With the election of the new ANC government under President Cyril Ramaphoza in 2018, there were widespread calls to bring the corrupt ANC looters of the national purse to justice. The new government heeded these calls with several prominent ANC leaders being arrested and pending trial.

Former president Zuma was convicted on a charge of contempt of court and received a sentence of 15 months. Hundreds of charges are still pending against him.

(NOTE – Below is a raw intelligence report I received from a trusted South African source retired from the South African Police Service.)

OVERVIEW – ANC members under investigation for crimes such as corruption and other internal disciplinary charges (ie. Ace Magashule, former president Zuma, Duduzane Zuma) and (internal disciplinary charges re Carl Niehaus, etc.) and the previous Mayor of Durban – Zandile Gumede, have conspired to orchestrate a grand plan to avoid prison by regaining control of the ANC and cabinet.

President Ramaphoza has made it clear that he plans to clean up the ANC house and those implicated in corruption will be prosecuted. Former President Zuma being the one the National Prosecuting Authority (NPA) – South Africa’s ‘Justice Department’ – has started with, the NPA have also been hot on the heels of Ace, Duduzane and Zandile.

Ace, Zuma, Gumede stand to lose everything and will see jail time if this happens.

The plot was simple – create chaos to undermine the current government to call for a vote of no confidence and regain power.

Ace as secretary-general of the ANC and Gumede as previous Mayor of Durban have full control of all ANC ward councilors and leaders in the community. Gumede also reportedly controls the Taxi Association, through corruption and uses the taxi association to extort money from the business.

These officials appear to have devised a well-orchestrated plan to create anarchy, by reaching out to all ward councilors and other leaders in communities by exploiting their frustration in poor service delivery, poverty, and lack of jobs. They inventiveness them with the promise of being able to take everything and anything they want from any business.

This is fueled by former President Zuma’s son Duduzane Zuma and daughter Duduzile Zuma-Sambudla threatening that the anarchy will continue until their father is released.

THE PLAN- They pushed the narrative that this looting was to make the whites feel what it is like to be without food and jobs. All the community had to do was to follow their lead and loot from the stores when the time came.

The looting has been exceptionally well-coordinated, with people knowing hours beforehand where they were going to target and when.

The criminal elements are coordinating the movement of thousands of people at the same time to the same place then would lead the community into the shopping centers with the promise of free food, equipment, TVs, etc. All while being told they “will be protected by the leaders when looting.”

Once anarchy sets in, according to their plan – they leverage the difficult situation President Ramaphosa’s administration finds itself in and poor public opinion that ensues to initiate a vote of no confidence in President Ramaphoza, replace the cabinet, and take back the government.

According to this alleged plan, they will then dissolve all cases against them and get away “scot-free.”

If they fail the vote of no confidence, they then plan to initiate a coup. Either way, regaining control of the government is their objective.

Approximately 90% of the looters are there for the free goods and have no intention to be violent or have any political agenda. They believe, or at least they have been brainwashed into thinking by the ANC, that they are justified in taking what they never got.

The other 10% are politically motivated to incite violence and create anarchy, supported by the MKMVA (uMkhonto weSizwe) ANC’s Military Wing Veterans Association.

They hope to destabilize the country and force the government to crack down, deploy the army and kill blacks, to create a backlash, following classic Marxist insurgency strategy.

In summary, in this intelligence assessment, this is an internal ANC battle being played out on the streets of Durban — with the rest of the country to follow. ADN

That is what the Democrat Communists will pull right here in America.

The scenes of rioting and looting in Johannesburg, durbin and other places look just like Chicago. Could also be Minneapolis summer of 2020.

Can’t help but to wonder if that is what Joe, Kamela, Schoomer, Pelosi, are planning for here with CRT & Voting thing… This is not the same country i grew up in ….

LISTEN UP….The SHOP KEEPERS Need SECURITY GATES like AMERICAN BUSINESSES Have. SET UP FOOD BANKS….THRIFT STORES..JOB CENTER in the AREA etc to HELP the PEOPLE. PEOPLE Do NOT Want to DESTROY Something that BENEFITS THEM. From SamuraiQueen. 😄😄😄

Respectfully, you don’t know what the hell you’re talking about…

These savages destroy everything they see. They don’t care about someone else’s property. There is only one way to deal with them and it starts with a muzzle flash.

This is coming to America soon, if the current administration continues its trend towards lawlessness open borders, 2 million illegal aliens allowed in this year, tolerance of left-wing violence, not enforcing the laws, etc.

From Obama we got the Squad.

Do you mean Squat, Grace?

Team Biden has announced plans to help South Africa! US military planes and ships will be flying the rioters and looters to the US and treated as refugees fleeing violence and oppressive government. Team Biden also said they can go to Mexico and cross the border freely into the US.

Team Biden said that a lot of these people from South Africa are needed to fill all the jobs that are currently left unfilled at the shopping malls.

This is like the leftwing DemonRat playbook that we saw in 2020 in order to sabotage President Trump’s re-election. When that strategy wasn’t working as well as the DemonRats thought, they had to use the COVID plandemic strategy along with the voter fraud scam using fake mail-in ballots. Yes, this is the leftist, Marxist scheme. Especially if they think they will be investigated or criminal charges are coming their way. It’s sad and scary how these corrupt folks are able to get away with this scam in America and South Africa. Remember, Obama has been involved in both America and South Africa supporting this chaos theory. It’s time we shut down Beijing Biden and Obama.

where is Sor#S in the South African turmoil. We know his dirty fingers have to be in there somewhere.

WHY hasn’t this MONSTER Soros died yet? Is the Devil keeping him alive?

Isn’t that the country that Justice Ginsberg helped write the constitution for? It is amazing how leftists can screw things up. Not only in this country, but WORLDWIDE!