President Biden’s reckless and ill-advised rapid withdrawal from Afghanistan, and his feeble attempts to defend it, are being widely condemned by a broad group of critics. As I noted earlier CNN’s national security analyst, Peter Bergen, agreed with my earlier assessment of Biden’s pull out, calling it an “ill-considered, hasty withdrawal” and his speech defending it as “remarks peopled with straw men and littered with false assertions.”

Bergen concluded: “To use another trademark Biden expression, his Afghanistan speech was a bunch of malarkey.”

Meanwhile, we have just begun to see reports of horrific massacres of Afghan troops by the brutal Taliban as American forces abandon our allies to the terrorist hordes. These reports are only increasing criticism of Biden’s withdrawal.

The two most worrying cases are the massacre of Afghan special forces troops, and assassination of Afghan military pilots. The military keys to defending against the Taliban. As Business Insider correctly notes:

Along with Afghanistan’s Special Forces, the Afghan Air Force is a pillar of the nation’s strategy for preventing a Taliban takeover of cities. In addition to providing air cover and performing bombing raids, pilots conduct medical evacuations, ferry supplies and transport troops for the country’s over-stretched army.

In one horrible case, we have seen video obtained by CNN of the Taliban coldly executing 22 Afghan commandos as they surrendered. Disturbing video below.

According to Business Insider:

The massacre, which human-rights groups have described as an apparent war crime, adds to the many questions being asked about the Afghan military’s capacity to defeat or even contain the Taliban now that the US is pulling out.

Responding to the news of the executed Afghan commandos, GOP Rep. Adam Kinzinger, a US Air Force veteran who flew missions in Afghanistan, tweeted, “This is horrible—yet it’s the reality of announcing the U.S. withdrawal from Afghanistan. Removing the peacekeepers and leaving the Afghan people without support is a grave mistake, Mr. President.”

The incident took place on June 16 in the town of Dawlat Abad in Faryab province, which is close to Afghanistan’s border with Turkmenistan. The Taliban dismissed the video as a fabrication. But the Red Cross confirmed that 22 bodies were retrieved, and CNN spoke with witnesses and verified videos of the incident.

But this is far from the only massacre or targeted killing of Afghan troops by the Taliban in recent weeks. “Pilots are on top of the Taliban’s hit list,” a senior Afghan government official said. And sadly reported Reuters:

At least seven Afghan pilots, including [Air Force Major Dastagir] Zamaray [a 41-year-old pilot shot in the head in Kabul by a Taliban assassin while trying to sell his house], have been assassinated off base in recent months, according to two senior Afghan government officials. This series of targeted killings, which haven’t been previously reported, illustrate what U.S. and Afghan officials believe is a deliberate Taliban effort to destroy one of Afghanistan’s most valuable military assets: its corps of U.S.- and NATO-trained military pilots.

In so doing, the Taliban — who have no air force — are looking to level the playing field as they press major ground offensives. The militants are quickly seizing territory once controlled by the U.S.-backed government of President Ashraf Ghani, raising fears they could eventually try to topple Kabul.

In response to questions from Reuters, Taliban spokesman Zabihullah Mujahid confirmed the group had killed Zamaray, and that it had started a program that will see Afghan Air Force pilots “targeted and eliminated because all of them do bombardment against their people.”

Expect many more of America’s Afghan allies to be massacred and assassinated as the Biden withdrawal concludes in a few weeks. And even more bloodshed and chaos afterwards. ADN

We are lucky Senile Joe did this to allies only. With this crook he likely could have left our own in this situation too and may have but that would NOT be reported too. That is the problem with politicians like Joe who can make the military do his bidding. The old fool was told of this problem and as usual with dim wits let it happen!

Go back to being Vladimir or shut up!

Typical towel-head justice. They have no regard for life and if you don’t see it their way, you’re dead!

Even the illegal criminal invader voters that globalist puppet $oro$ and globalist puppet barry soetoro and his husband big MIKE transported here can’t return to their mid east adam schitt hole with their welfare check because they came out of the closet here and if they return they will be beheaded .

They are more Intolerant than Our Leftists, and that Really Takes Serious Effort!

Biden is a Dick!

LISTEN UP….ALL COUNTRIES Need to JOIN FORCES On the WAR Against TERRORISM. DOWN with the BULLIES and MURDERERS. THIS FIGHT Concerns EVERYONE WORLDWIDE. This is NOT a ONE MAN JOB. REQIRES TEAMWORK and STRATEGY. From SamuraiQueen. 😄😄😄

“raising fears they could eventually try to topple Kabul.”
They’re not gonna TRY to topple Kabul, they’re gonna DO it, probably within the next 6 months…

G-d d-mn the Biden admin! Hope they rot in h-ll for this! 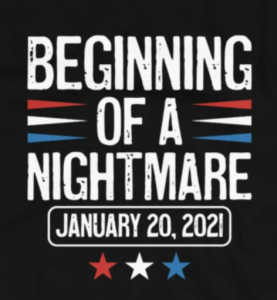 All of the innocent blood is on the hands of Biden, Harris, Pelosi and all the Democrats. No one with more than two brain cells would believe that the radical muslim Taliban would honor international laws…. They have never done anything to suggest normal “Humane” treatment of people they disagree with. DEMOCRATS are murders in Afghanistan just as they were in Vietnam.

Kabul Falls! US War in Afghanistan is Over! – A Generation Shift to Peace and Apathy – Quadrivium Astrology

[…] is likely not to be able to evacuate everyone in time. US citizens, likely will be rescued, however many Afghan allies will be likely be left behind. In fact in many areas seized in the past weeks have already seen massacres of local Afghans who […]