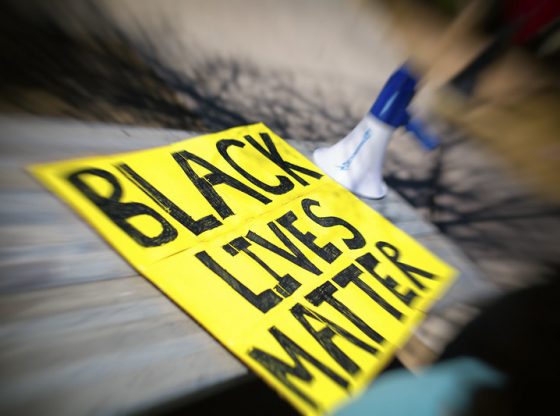 ANALYSIS – While the Cuban people bravely stand up to the repressive totalitarian socialist-communist dictatorship that has abused, tortured, killed and misruled them for over six decades, the neo-Marxist Black Lives Matter Global Network Foundation is openly backing the dictatorship against the people. And blaming the US instead.

All while soaking up tens of millions of dollars in donations from people who should know better.

On Wednesday night, as the masses of Cubans protesting the despicable regime chanted, “Libertad!” and “Freedom!,” the Black Lives Matter Global Network Foundation posted its official statement on Instagram about the cries for freedom in the most odious and insulting way. Not by expressing solidarity for the brave Cubans braving bullets, regime thugs, and stormtroopers on the streets, or condemning the brutal regime repressing them, but by lashing out at the United States.

Black Lives Matter has released a statement on Cuba: pic.twitter.com/NgnT1o1oZE

Their statement on Instagram reads, according to The Blaze: “Black Lives Matter condemns the U.S. federal government’s inhumane treatment of Cubans, and urges it to immediately lift the economic embargo.” The Blaze continues quoting from, and describing the BLM Foundation’s statement:

BLM described the embargo as a “cruel and inhumane policy” that is “at the heart of Cuba’s current crisis.”

“Since 1962, the United States has forced pain and suffering on the people of Cuba by cutting off food, medicine and supplies, costing the tiny island nation an estimated $130 billion,” BLM claimed, when in fact, the U.S. embargo allows the export of agricultural products, food, medicine, medical equipment, and humanitarian goods into Cuba.

“Without that money, it is harder for Cuba to acquire medical equipment needed to develop its own COVID-19 vaccines and equipment for food production,” Black Lives Matter proposed. [*admitting that a socialist regime can’t provide for its people without the help of capitalist countries, especially the US]

“The people of Cuba are being punished by the U.S. government because the country has maintained its commitment to sovereignty and self-determination,” BLM argued. “The U.S. government has only instigated suffering for the country’s 11 million people – of which 4 million are Black and Brown.”

Black Lives Matter praised the authoritarian Cuban regime for protecting “Black revolutionaries like Assata Shakur,” who is a convicted cop-killer and was a leader in the Black Liberation Army, “an underground, black nationalist-Marxist militant organization.” Shakur, who was sentenced to life in prison for the murder of a New Jersey State Trooper Werner Foerster, escaped prison and fled to Cuba, where Fidel Castro granted her asylum.

BLM declared, “Now we look to President Biden to end the embargo, something President Barack Obama called for in 2016. This embargo is a blatant human rights violation, and it must come to an end.”

Many on Instagram were not impressed by BLM’s ignorance or their contempt for the Cuban people. Here just a few comments on the BLM post on Instagram:

I support @blklivesmatter but this post is uneducated and misleading, So disappointing.

#soscuba!!! Cuba is under a dictatorship! Take this down

So now you support the Oppresion?

@blklivesmatter No. This is ALL wrong. LISTEN before you speak.

To be clear, this in no way means that all supporters of the BLM movement’s ideas about race and police abuse, believe or support these leftist radicals, but this is the official view of the major organizations running, funding, and organizing most BLM protests and other subversive activities throughout the United States. And, more importantly, that’s where all the money is.

There is a Black Lives Matter movement and slogan, and then there is the Black Lives Matter organization — specifically, as Jim Geraghty details, the BLM Global Network Foundation, which is part of the Tides Center, a left-wing octopus approaching $1 billion in annual revenue. The BLM Global Network Foundation itself brought in more than $90 million in 2020 and ended the year with $60 million in the bank — nice work if you can get it.

(The BLM Global Network Foundation is distinct from the Black Lives Matter Foundation, which according to Buzzfeed is not even affiliated with the movement and just soaks up money from gullible donors.)

Lots of well-meaning Americans support the anodyne aspiration behind the slogan — who, after all, thinks that black lives should not matter? More than a few big corporations, thinking that they could appeal to those same aspirations, gave money to the BLM Global Network Foundation.

It is time to separate the general aspirations of many who may support the BLM slogan, from the greedy and extremist mission of the few who run the movement. We need to call out these BLM organizations for what they are – radical, neo-Marxist anti-American extremist groups. And stop giving them money. ADN

The FBI is a joke and will never prosecute BLM because the FBI is a political tool used by the dems/libs for what ever they want. The FBI is a paid off usless organization controled by soros and his buddies or the FBI would have been investigating soros and his contribution to terrorist, criminals, oh the politicians of the US and the alphebet soup of agencies of the US of wich the FBI is a member.

Unfortunately BLM, MSMDNC, and Democrats everywhere chose Cuba as their model for governance. Be aware US citizens this lifestyle will be yours if they get their way. The few will rule while the rest of us drool. Note to the Lib faithful – that will include you!

I CANNOT BELIEVE the Democrats, BLM whoever else supports the government of Cuba!! God has a special place in HELL for you insane people! I was born in Central America that was a US Territory, the Panama Canal Zone and the country was run by Dictator Omar Torrijos and then eliminated by another Dictator, Manuel Noriega who was Satan’s henchman. It made a lasting scar in my memory living there during this time, but our US military was requested the the civilian government of Panama, to take out this madman on Dec. 22nd of 1989, never heard about it? Look it up! Operation Just Cause… Then go for a LONG visit to Cuba,this country for which you want others to endure, for a taste of their “freedom”!

Be very careful Blm and other liberal scum, as a17 yo marine I spent 21 days floating 22 miles off of Havana Harbor, on the LSD 21, waiting to see if we were going to go in and bring out the Russian nukes.
Patience with the life forms, trying top make that government look good, is nonexistent an may well be injurious to your health

Semper fi young man. I was a 21-year-old aviation electronics tech with VMF-251 operating out of Leeward Point during the 1961 Christmas holidays. We flew F8U Crusaders equipped with high speed, high-resolution cameras over suspicious construction sites on multiple sorties daily.

I never heard anyone in or out of politics relate these missions to missile sites but I’ve always believed our government suspected them far in advance of the blockade, about 10 months in advance. We were relieved and returned to MCAS Beaufort where I took my discharge after 4 years of service in February 1962.

LISTEN UP….HOW About BLM Help the BLACK COMMUNITIES in the U.S. CHARITY Begins at HOME. THERE are MANY BLACK AMERICANS that Need HELP with FOOD…SHELTER..a GOOD JOB etc There are MANY HOMELESS BLACK AMERICANS. I HELP a DISABLED BLACK AMERICAN on a WEEKLY BASIS..SO HE Does NOT STARVE Besides a FEW OTHERS inMY COMMUNITY. IF EVERYONE Would HELP at LEAST ONE PERSON…HOW Much BETTER PLACE Would the WORLD BE???? Fro m SamuraiQueen. 😄😄😄

BLM is only a political front organization started by three lesbians. The Democrats (useful idiots for communists) use blacks like tools just like they did in pre-Civil War south. Blacks need to wake up and realize they are being used and start voting the Democrats out of offices at any and all levels. 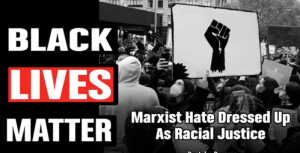 These BLM dirtbags should be arrested for taking a stance against the Cuban people and their freedom. The BLM is taking the side of the Cuban Communist Party and the BLM is also Anti-American so to Hell with the BLM.

BLM is a terrorist group plain and simple. It needs to have all wealth confiscated, and all of the leaders need to be investigated, tried and given the most sever punishment available including the death sentence. ANY IDIOT THAT GIVES THESE TERRORIST MONEY PLEASE SEND MONEY TO: PAWN AS I CAN ACTUALLY USE IT FOR GOOD SOMETHING.

After all Patrice Cullors said they were “trained Marxists” didn’t she? The big question I have always had is who trained them and for what purpose?