ANALYSIS – The news of the latest communist Chinese cyber hacking attacks against the United States finally forced President Joe Biden and several European and Five Eyes allies to openly condemn CCP China, and essentially admit that Russia isn’t the only adversary attacking western systems on a massive scale. However, this condemnation (if it can even be called that) is even less forceful than the still weak-kneed response to Russian attacks.

“The U.S. government has high confidence that hackers tied to the Ministry of State Security (MSS), carried out the unusually indiscriminate hack of Microsoft Exchange Server software that emerged in March, senior officials said,” according to the Wall Street Journal. But the feckless response by Biden prompted the New York Post Editorial Board to write scathingly:

China’s in trouble now: President Joe Biden is angry — really, really angry — about its cyberattacks. So angry that the White House on Monday issued a condemnation that actually cited China by name. Oooooh!

Beijing must be quaking in its boots: If officials there don’t shape up, who knows? Biden might castigate them a second time.

The White House statement, which blames the Chinese government for the massive hack of Microsoft Exchange servers this year and other attacks since 2011, reads like self-parody: It sternly (and rightly) scolds Beijing — but doles out no consequences to make the Chinese pay or to deter future attacks.

“The United States has long been concerned about the People’s Republic of China’s (PRC) irresponsible and destabilizing behavior in cyberspace,” it chides. And so “today, the United States and our allies and partners are …” — wait for it! — “… exposing further details of the PRC’s pattern of malicious cyber activity.”

Until now, notes the Heritage Foundation’s Daily Signal (DS), “cybersecurity experts have focused mostly on ransomware attacks, such as recent attacks on private companies Kaseya and JBS S.A. by the cybercriminal group REvil, and on the Colonial Pipeline by the Russian hacking group DarkSide.”  For the most part they have ignored the possibly far more sinister and dangerous cybercrime: espionage.

And this is the cyber hacking China has been heavily engaged in, and it is potentially far more damaging and aggressive in the long term than anything the Russians are doing.

China has targeted government, private entities, public policy think tanks, and defense contractors for years. Some notable attacks include the breach of the U.S. Office of Personnel Management through a series of hacks between 2013 and 2015, the Equifax hack of 2017, and, recently, attempted cyberattacks of COVID-19 vaccine-maker Moderna.

As former director of the National Counterintelligence and Security Center, Bill Evanina, stated in a “60 Minutes” interview earlier this year, “Current estimates are that 80% of American adults have had all of their personally identifiable information stolen by the Communist Party of China.”

Cybersecurity expert Dmitri Alperovitch warns that Beijing’s breach of Microsoft systems, which put hundreds of thousands of businesses and private info at risk, were “much more dangerous than the Russian SolarWinds hacks” last year, yet those triggered US sanctions against Russian culprits.

The failure to punish any “PRC-affiliated actors” now looks like “a double standard,” says Alperovitch. “We treat China with kid gloves.”

China is increasingly testing the West — in the South China Sea, by withholding COVID data, over Taiwan, Hong Kong, the Uyghurs … Let’s hope Biden summons the will to finally push back meaningfully before it’s too late to matter. ADN 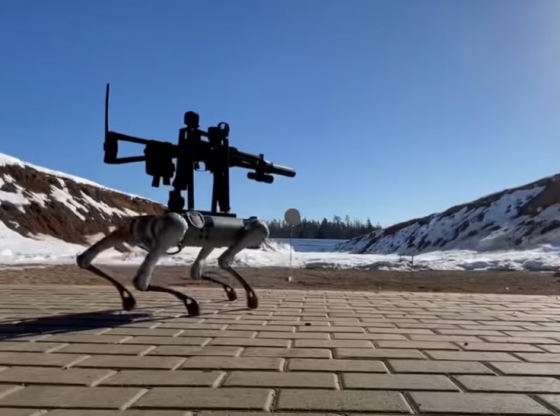 Would you bit the hand that bought your presidency and installed you in the Once Freest Nation in the world? I doubt the Buffoon even knows what was going on.

Comrade sleepy Joe Biden has egg rolls between his ears!

All this time–I thought it was just ice cream between his ears that has frozen his brain.. His love of ice cream does indicate that with many other signals Joe is in severe dementia/Alzheimer’s disease and steeply declining mental faculties.. His caretaker Dr Jill should have never left him alone–he is lost without her .Has she not ever thought of the damage She and Joe are doing to the USA just so they could become even wealthier with another book or books about their administration as President and co-president of the USA? I may be mistaken but I thought that Air Force One was for the use of the President and not his wife and her friends and relatives..

As Plato warned on the money side, you should compensate rulers so richly that they laugh at the typical bribe. Then you have the power corrupts issue.
China has paid the Biden’s far more than Joe’s salary as an elected representative of the people, but we don’t need to guess, as he demonstrates daily the way he puts the concerns of China ahead of the concerns of the morons, who continue to believe his lies.
China, a military dictatorship, continues to call the men who crushed the students with tanks at Tiananmen Square The “People’s Army”, like the people’s regime that currently runs the welfare plantation known as Chicago. Does Lightfoot worry about her personal safety? Many of her strongest supporters are families with relatives, who work in various criminal enterprises, which is why she favors criminals over the innocent poor, who contribute NOTHING to her political campaigns. Her message is since people of color are unable to compete at honest work, they must be allowed to survive by robbery, looting, drug sales, pimping, prostitution, theft, and fraud.
Remember the Southern Democrat tradition on the plantations, before the Civil War, they would pick a black man to oversee the other slaves, just as Lightfoot oversees the destruction and looting of Chicago.

Biden has no Will because his brain is compromised and failing at a rapid pace! I truly believe Jill Biden is the only “Will” that Biden has, because she probably is his CARETAKER!

Yet, yet, the American public is so damn ignorant they can’t see a walking dummy when they look at Biden?? What are the democrats seeing when they look at biddyboy? NOT A VIBRANT INTELLECTUALLY ALIVE COHERENT MAN, BUT A HAND PUPPET WITH NO THOUGHTS OF HIS OWN, NO MOVEMENT OF HIS OWN, and TOTAL CONFUSION FOR HIMSELF AND AMERICA!

We could put a corpse in the White House and get as much thought and action out of it as we have from Biden! Oh wait, biddy took a breath…guess he is still with us. That’s fine, he just doesn’t need to be in the White House any more! Take him home Jill where he really belongs and away from all the embarrassment he creates! It’s time!

Seeing him is like Weekend at Bernies, He is a walking corpse.

Can’t understand why the Democrats can’t see what O’Biden is doing to the country … and apparently the Democrats are approving of it … Shoomer, Pelosi, & Kameltoe, Hate this country that much??? They are following him over the cliff…