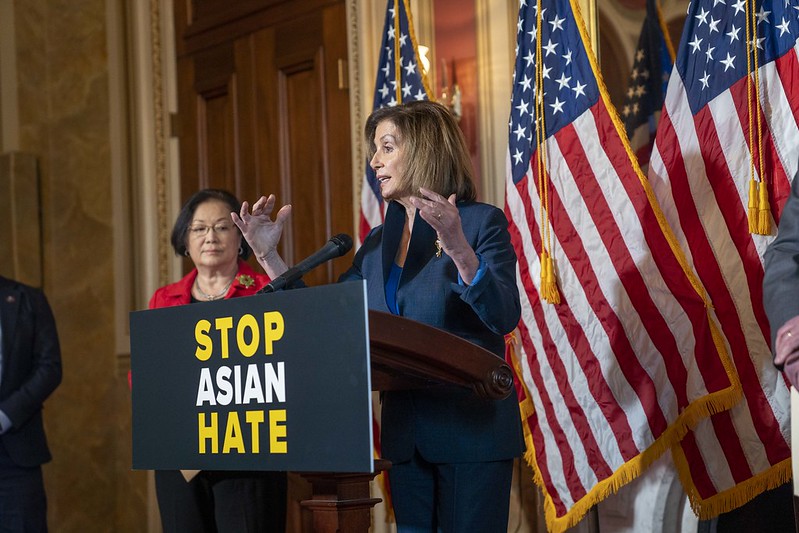 Even as Chinese Communist Party (CCP) officials said they would not comply with a second World Health Organization (WHO) probe into the pandemic’s origins, on July 20 House Democrats blocked bipartisan legislation that would require the Director of National Intelligence (DNI) to declassify information related to the origins of the COVID-19 pandemic, specifically what role the Wuhan Institute of Virology (WIV) played in the outbreak.

The uncontroversial COVID-19 Origin Act was proposed by Republicans but passed unanimously in the Senate in May. Rep. Michael Burgess (R-Texas) brought the Senate bill to the House floor on Tuesday night before Democrats voted it down in a party line vote.

The bill focuses on declassifying intelligence to help identify the origin of COVID-19 to help prevent a similar pandemic in the future. The bill also noted that Director-General of the WHO, Tedros Adhanom Ghebreyesus admitted in March that more investigation into the theory that the virus leaked from a laboratory in Wuhan, China, is justified.

When asked about CCP officials’ comments during a briefing on Thursday, White House press secretary Jen Psaki told reporters, according to Townhall:

We have certainly seen the [CCP’s] comments, again, rejecting phase two of the WHO study. We are deeply disappointed. Their position is irresponsible, and frankly, dangerous. It’s not a time to be stonewalling.

Identifying the true origins of COVID is critical to not only assigning blame and correcting mistakes, but to preventing a similar outbreak in the future. Why would House Democrats vote to block this bipartisan Senate bill?

The final vote on considering the measure was 216 against and 207 in favor. House Republican, Rep. Doug Lamborn tweeted this in response:

Democrats just voted against @HawleyMO’s legislation which would declassify all intelligence surrounding the origin of COVID-19 and the #CCP’s Wuhan Institute of Virology. What are Democrats afraid of? #ChinaLiedPeopleDied

Breaking 🚨 Democrats just voted against @HawleyMO‘s legislation which would declassify all intelligence surrounding the origin of COVID-19 and the #CCP‘s Wuhan Institute of Virology. What are Democrats afraid of? #ChinaLiedPeopleDied

Rep. Darin LaHood (R-Ill.), another co-sponsor, said Tuesday that the purpose of the bill would require the Director of National Intelligence’s office to declassify “any potential links between the Wuhan Institute of Virology” and COVID-19. In a tweet, LaHood said Democrats blocked their request.

The best disinfectant is sunlight and that’s what we can provide today. The bill first establishes that we must identify the precise origins of COVID-19 because it is critical for preventing a similar pandemic in the future.

I cannot stress enough that this bill is not controversial by any means. In fact, it passed the Senate in May with unanimous consent — not one senator objected. Not Senators Ted Cruz or Rand Paul, not Bernie Sanders or Elizabeth Warren. If those four members can get on board with this bill, should not we be able to do the same?
ADN

They are blocking the origins because 80% of the Demo RATS in Congress funded it and don’t want to be sued and in prison for creating a Biological Weapon of War which is totally against the law according to the Geneva Convention!

You hit the nail right on it’s head.

and releasing the cover..don’t forget that

If the Demo RATS try to bow out of the Geneva Convention to avoid imprisonment they will have to first disband NATO!

So obviously MUMS the word on the origins so Demo RATS have no responsibilities to pay any restitutions to the families who have suffered loss because of their greed and stupidity!

That just shows that the Dem House needs to be purged from the American government.

Covid is about CONTROL of the people, this was a Bio attack on the US and the Democommies are just as guilty as the Chinese,

What are the Demoshits worried about? Maybe that the Demoshit and the Communists Chinese were working together to make this virus then to have it released??? This is something that the Communists demoshit party would come up with….Your time in office pig pelosi is coming to an end very soon….that is a fact

The Fascists want to be able to unleash another “pandemic” when the variations of this one die out.

“Why would Democrats block this?” That’s easy. They are protecting any or all of the following people: Biden, Lord Fauci, CDC, and various Democrats. The DNI knows that Trump was right about the origins and the people they want to protect are those that have an interest in not giving Trump any credit while protecting the true culprits like Fauci, Pelosi, Shumer, CDC, NIH, NIAID, etc. We just can’t handle the truth.

Now WHY would they do that??? Covering for Dr Quack Fauci ??

“NAIAD director Dr. Anthony Fauci warned in January 2017 that the Trump administration would face a surprise infectious disease outbreak”. Now how did Fauci know that if he had not been funding the Wuhan lab (which he did)? Sounds like a planned event right before the election? Apparently, Dems are ok with killing off hundreds of thousands in order to gain power!

Everyone knows the democrats have on the payroll of the Chinese communist party fir decades, their employees of the CCP, and they are treasonous rats cannot afford to make them angry. Honestly, the most evilest rotten rats on earth, illegally rules a once free people.

Look how come the democrats will not attack the Chinese communist and protect them from the truth getting out. The CCP owns our unelected illegal cancerous government.

What have the DemonCrats got to HIDE? Hint: follow the $$$$$$$ all the way to Wuhan. Their head honchos and honchesses will be implicated. The virus was never about disease. It was about control of the hapless masses.

The Democrats in bed with the Chinese unleashed the virus on the world so the could get power.

Of course they want to cover it up — like every other devious thing they do! Why? Because they don’t want the names of the Democrats who supported it financially and otherwise to be uncovered. But we know who they are, don’t we? And mr Falsey is at the top of the list! If I’m not mistaken, and at least I read this, that virus existed in a lab here, then was moved to China. And mr Falsey is on video in 2017 I believe it was, saying that President Trump would face the greatest pandemic during his Presidency that the world had ever seen! How much more proof than that do we need of the complicity among these demented people?? 🙁

Now WHY do you think Democrats would block this legislation? There can be only ONE reason – They KNOW that it originated in China; and they KNEW it all along!

Pelosi is “getting too big for her britches! Who paid her this time? She is next in line to become vice-president should that she was paid to provide/ sell arms to Ukraine. Now she’s covering up her mistake on Jan. 6 for refusing/rejecting providing adequate police/military by blaming it all on Trump, and is initiating exposing reports to cover up her mistake, rather than admit her failure by transfering the guilt.

I’m guessing the Democrats are opposing it because they have now looked into what information would be revealed and have seen that there was a lot of evidence of escape from a lab early on and that at least some prominent Democrats knew about the evidence, but pretended the lab theory was a right wing conspiracy in order to focus blame on Trump. In other words, prominent Democrats would look bad.

I’m no Kojac but the democrats seem to be controlled by the CCP. In other words they haven’t made a single decision in the past 7 months that the CCP would not agree with.