In an unexpected move and a major setback to the critical effort to root out alleged Chinese intelligence-gathering in the U.S., the Biden Justice Department has asked the courts to drop charges against four researchers at California universities, and another in Indiana, accused of hiding their ties to the Chinese military. They were all part of a major crackdown by Team Trump on Chinese espionage and other subversive activities against the United States. 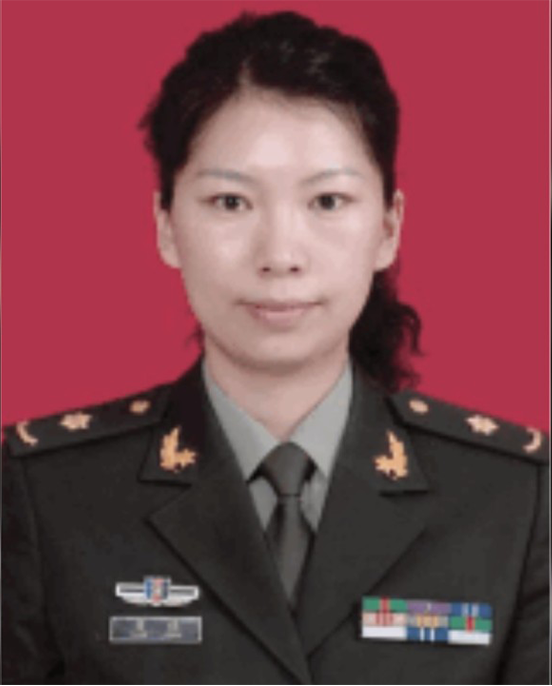 Prosecutors no said they would no longer pursue visa fraud and other charges against the Chinese scientists with ties to the People’s Liberation Army (PLA).

The four include three biomedical and cancer researchers in California and a doctoral candidate studying artificial intelligence in Indiana. This move deals a dramatic blow to U.S. efforts to battle Beijing’s efforts to steal U.S. national security and business secrets.

The Wall Street Journal reported that:

One of the visiting scientists, Tang Juan, had been scheduled to go to trial on Monday. Court papers filed in her case earlier this week show some Federal Bureau of Investigation analysts casting doubt on the value of the cases. Judges had dismissed parts of the cases against Ms. Tang and another researcher in recent weeks after finding that FBI agents hadn’t properly informed them of their rights against self-incrimination when interviewing them.

The academics had been arrested last July in an FBI sweep that began after another researcher, Wang Xin, acknowledged to law enforcement—as he tried to leave the U.S.—that he had lied about his military service on his visa application to boost his chances of gaining admission to the U.S., and had been tasked with bringing back some information by a supervisor.

The U.S. ordered China to close its Houston consulate at the time, sending relations between the two countries to their lowest point in at least three decades and prompting the Chinese to order a U.S. consulate closed. The State Department cited evidence that allegedly showed consular officials helping visiting researchers evade scrutiny.

The Journal added that “The Trump administration embarked on an aggressive effort to target rising concerns among U.S. authorities that American taxpayers are unwittingly funding Chinese scientific development and boosting China’s drive for global pre-eminence.” Soon after this crackdown, more than 1,000 Chinese military-affiliated researchers left the U.S., according to U.S. officials.

The Los Angeles Times reported that:

Justice Department officials had said that such prosecutions were an important part of their efforts to stop China from pilfering U.S. technology. The decision to drop the cases came after defense lawyers in the Sacramento case obtained FBI memos in which analysts raised questions about the value of such prosecutions. Though federal prosecutors in court papers dismissed the evidentiary value of the memos, they did not believe they could resolve questions about the records by the scheduled start of Tang’s trial on Monday and, so, decided to dismiss the case.

Justice Department officials said they decided to drop the other three cases in California — and a fifth in Indiana — because the legal and factual issues were similar and the researchers faced little prison time if convicted.

Despite the increasing evidence that Chinese nationals are directed by the Chinese Communist Party (CCP)-led regime to spy for them when overseas, and evidence of Chinese intelligence services targeting Chinese Americans, especially those with familial or other close ties to the People’s Republic of China (PRC) to spy for them as well, some critics claim the focus on Chinese spies and collaborators endangers innocent Asian Americans.

And the U.S. scientific community has also increasingly criticized the government’s effort. Many believe Biden’s DOJ is more worried about these political concerns than the concerns of the national security community over CCP/PLA spying. And this is why the cases are being dropped. ADN

The Chicks own Blow hole Joe, lock, stock, and barrel.

The deep seated corruption of the Bidenistas continues!

They are just getting started.

Biden’s DOJ just dropped cases against Cuomo slaughter of seniors and coved in nursing homes. DOJ Garland fighting against the exposure of voting fraud in Georgia and Pennsylvania. Dropped cases against Hunter Biden lies when he registered for a gun. Welcome to the third world where crime is just a hobby for the Elite and the good guys get crushed. Why the rush at the border? They want your jobs and they will do it for half the price. If you think these are just uneducated illegals your wrong. They come from south american countries were education was important and anything you do now for some company they will do it better and for less money. The aim is to destroy the American middle class and replace it with Middle class Venezuela, Brazil, Peru or wherever and will vote Democrat. .

Time to Rise Up and Defend Our Constitution.🇺🇲🇺🇲🇺🇲⚓

I’m afraid you are correct .

That’s why we Americans must get out and Vote these Socialist people out of office starting in 2022.

To apease Xi only we surrender to China day 1

The Chinese have bought the democraps. Joe and son are Chinese stooges. Our press is owned by the commies,as is our institutes of higher learning. The people of America have been sold out by the Socialist democrats party. Those who vote for Democrats would vote for Mao ,Stalin or Satan.

china is nothing, globalists also own china .

Looks like Biden’s authorities prefer protecting China and selling America out to the globalists and Communists. How can we Americans allow this to happen. We the People need to fight and get back to American values.

By all estimates, Joe has already welcomed almost 2 million illegals in. How many more millions will enter by 2022? Now he’s trying to push for citizenship. He has plenty of time to get it done.
2022 will be too late.

Most all if not all unvaccinated . And they wonder why there are Covid outbreaks again

Can you say “payoffs”?? It is that obvious.

Incredible. There is no end to their madness. Who is John Galt?

What else cam be expected? What China wants, China gets.

Yeah because Joey and the Dems give it to them

Hell biden will not prosecute the Hand That FeedsHIM.💩💩💩🤬🇺🇲

that is because Biden is owned and operated by communist China

That’s why Joe wants to destroy America to help China and other countries he wants everyone to stay home and not work, stopping pipe lines , bringing in illegals to hurt the middle class Etc.

Did anyone concsider that it might be an exchange of Americans held in China. They don’t advertise those exchanges.

Very frightening that this administration is not willing to protect this country from her enemies.

Democrats are evil and putrid to their cores.

This biden and his regime IS the greatest risk to our national security! We must rid the country of all members of the DCAP (demoncrap/communist/atheist party)

That seals it. I hope my local Community College Offers Mandarin or Cantonese this fall.

A Republican America First Congress (both houses) is needed in 2022 to impeach this anti-American President.

This country will be invaded and taken by China soon! Biden is an enemy of the state and needs to be dealt with!

Explains clearly why CCP paid our Imbecile-in-Chief and dopey child so much money.

No,no,no, Joe Biden is not in the back pocket of the Chinese.

It’s okay! Secretary of Defense Lloyd Austin just went around to all the secret bases to start trading information with the Communist Chinese in the Asiatic Straights trip.

Joe is helping his friends China

Well as if we didn’t already know Biden was in bed with china he just made it very clear once again.

Again, this won’t be reported by the wimpy MSM. Totally in bed with the DemoRats.

BACK WHEN WE WERE IN WW2 AND THE COLD WAR THE ROSENBERGS SOLD ATOMIC SECRETS WERE RAPIDLY TRIED AND EXECUTED IN THE ELECTRIC CHAIR.
THE SAME SHOULD HAPPEN TO HUNTER AND JOE BIDEN FOR SELLING OUT TO CHINA.

Biden is the second Anti-American President. We are doomed as long as he is President. He is on China’s Payroll. He is also paying people to STOP BUILDING THE WALL. We do not need a President who is taking down the country and whose defense could be “I did not know I was doing it. Worse than a loser.

Yes sir Biden, YOUR FRIENDS from China are just out to help us — right out of everything we own. Certainly nice, YOUR Justice Dept is helping them out so much. If it had been Trump, you would have spent nights and weekends trying to find a way to screw him. You disgust me !!!

Well if he let them go because now he can give Jinping a B.J.

The FBI is totally corrupt…

BIDEN AND HIS ENTIRE ADMINISTRATION NEED TO BE ARRESTED FOR TREASON FOR ALL HIS POLICIES AND CRIMES AGAINST THE UNITED STATES OF AMERICA. NO BIDEN COMMUNIST STATE HERE. NOT IN MY COUNTRY. A LITTLE WEASEL OF AN INDIVIDUAL IS NOT GOING TO TAKE OVER OUR BELOVED COUNTRY.

It all shows to go you that our attorney general and his criminals in the DOJ are a bunch of idiot criminals along with the FBI, CIA and our putz in the WH.

US citizens who still adhere to a belief in the Constitution, legally established laws, and a belief that the United States is a sovereign nation with borders and rules for/of citizenship MUST VOTE. No excuses – it’s the only way we have to retain some semblance of sanity and law in this country. We US citizens must not let our country be stolen by crooked and evil politicians, corporate greed, or foreign influence peddlers who care nothing for the integrity of our legal system.