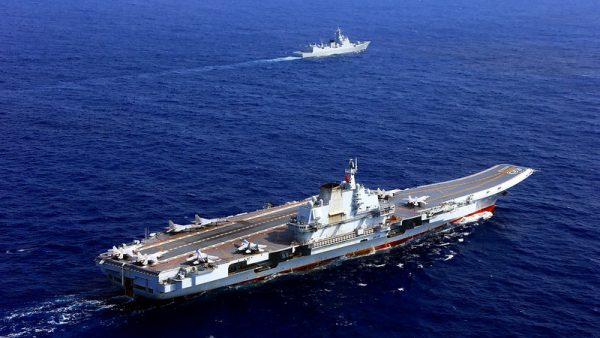 Today’s PDB includes a variety of critical issues such as – Joe Biden says he’s ending forever wars; He isn’t. Austin promises the US will continue to bolster Taiwan’s self-defense. As tensions with China mount, the US defense secretary visits Vietnam, vows support for the region.

Why Americans should be concerned about communist China’s influence in Africa.

The US stepping up airstrikes this week to support Afghan forces.

VA makes ‘error’ in using gender-neutral motto in official government notice. No, the Department of Veterans Affairs has not officially changed its mission statement, despite publishing a gender-neutral version in an official U.S. government publication last week.

Foreign policy returns to normal, for both better and worse. Republicans are suddenly tougher than Democrats on Russia and China. The Trump era is truly over.

Why China’s aircraft carrier fleet should worry the US Navy. China’s ongoing naval modernization efforts are perhaps the most visible manifestation of both the country’s continued military build-up as well as its increasingly global foreign policy outlook.

Austin promises US will continue to bolster Taiwan’s self-defense. Defense Secretary Lloyd Austin said the United States will continue to help Taiwan and other allies in the Pacific defend themselves against aggression from China even as he said a new, more transparent relationship with Beijing is desired.

As tensions with China mount, US defense secretary visits Vietnam, vows support for region. U.S. Secretary of Defense Lloyd Austin is seeking to bolster ties with Vietnam, one of the Southeast Asian nations embroiled in a territorial rift with China, during a two-day visit starting Wednesday.

Lawmakers demand clearer picture for Guam missile defense plans. Consensus is building on Capitol Hill that the Missile Defense Agency needs to provide more clarity on its plans for a missile defense architecture to protect Guam.

Why Americans should be concerned about communist China’s influence in Africa. China’s stronghold on Africa poses serious national security and economic problems for the U.S. For decades, communist China has been wielding its influence in African countries, establishing strong financial interests and convincing growing nations that its authoritarian communism is a better form of government than democratic models of individual liberty and economic freedom.

US stepping up airstrikes this week to support Afghan forces. The U.S. military this week has launched additional airstrikes in support of Afghan government forces in their fight against the Taliban, using both conventional warplanes and armed drones, the Pentagon said Tuesday.

Why leave Afghanistan but not Iraq? Biden’s policy makes little sense. The U.S. interventions in Afghanistan and Iraq have been on roughly parallel trajectories for two decades.