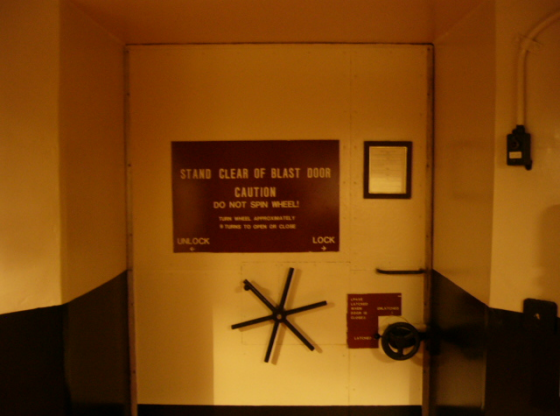 ANALYSIS – A study shows New Zealand is one of the best countries to survive the apocalypse. Other ideal bug-out islands best suited to survive a global societal collapse include Iceland, the UK, Tasmania and Ireland.

The only problem? Liberal anti-Trump billionaires may already be there in their secure, luxurious, and fully stocked mega-bunkers when you arrive.

The study notes that countries able to grow food for their populations, protect their borders from unwanted mass migration and maintain an electrical grid, are best placed to withstand severe shocks.

According to The Guardian:

The researchers said human civilisation was “in a perilous state” due to the highly interconnected and energy-intensive society that had developed and the environmental damage this had caused.

A collapse could arise from shocks, such as a severe financial crisis, the impacts of the climate crisis, destruction of nature, an even worse pandemic than Covid-19 or a combination of these, the scientists said.

Island countries with mild climates and low population densities were more likely to secure the top spots, capable of providing enough water, food, and energy to ensure the survival of the human race. New Zealand tops the list, according to scientists – as the best place to survive the apocalypse due to its land area, renewable energy sources, and potential for agriculture.

New Zealand has had a relatively good pandemic, with only one COVID-related death in 2021.

But many liberal billionaires already figured this out. The Guardian notes that:

Billionaires have been reported to be buying land for bunkers in New Zealand in preparation for an apocalypse. “We weren’t surprised New Zealand was on our list,” said Prof Aled Jones, at the Global Sustainability Institute, at Anglia Ruskin University, in the UK.

Reid Hoffman, the co-founder of LinkedIn, notes The Bulletin by Newsweek, has said that “saying you’re ‘buying a house in New Zealand” is a code for saying you’re interested in apocalypse insurance and that he “would guess fifty-plus percent” of billionaires would have a hidden apocalypse escape pod somewhere in the world.

But to some of these uber wealthy, and slightly delusional folks, President Trump was already the apocalypse.

The New Yorker reported that in the seven days after Trump’s election in 2016, 17 times the usual rate of Americans registered with New Zealand’s immigration authorities.

This was called the ‘Trump Apocalypse’ by New Zealand’s media. ADN

If you like fish and wool sweaters, try the Arran Islands. Or if you like it colder, the Shetland and Faroe Islands are good.

When the Apocalypse arrives fools do not know that God , Christ and the Holy Ghost will be running the show and He will make sure everyone who needs to be taken out will be.

New Zealand is a tiny country and cannot embrace 8 billion people . This has to be a joke .

When “the horde’ of illegals, arrive at their borders, and into these so-called, havens, the true lib-turd attitude, toward immigration, will be revealed, “non-gated”communities, no private security, no more “exclusive” country-clubs, and, shortages of almost everything…because of global supply-chain, collapse, then…😈

Good riddance to the rats that have damaged the ship of state, and now want to escape.

If the US is destroyed in a nuclear war, then Mutual Assured Destruction activates and all life on Earth ends. It is automatic.