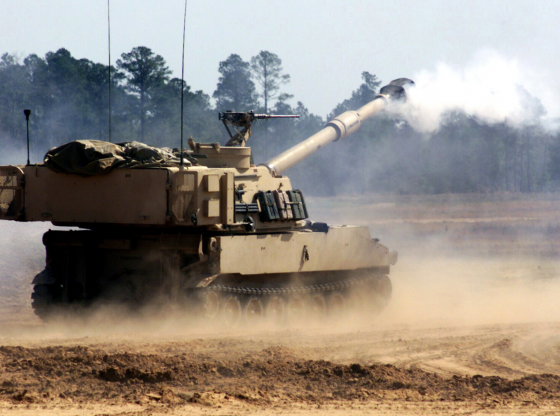 Today’s Expanded Edition PDB includes a variety of critical issues such as – State Guard units can’t limit troops’ off-duty protests by their troops. Why the next major war is likely to start in Taiwan. Why CENTCOM thinks Iran was behind a fatal drone attack on a ship last month.

Amid US pullout, Taliban seize most of key northern Afghan city of Kunduz.

Is expeditionary foraging in the Corps’ future?

New Egyptian Base Sends Messages of Support to Libya, Challenge to Turkey. The opening of the base signifies Egypt’s determination to assert itself as a regional naval power with vast capacities and challenge efforts by its competitors like Turkey to expand their area of influence and control oil and gas rich zones of the Mediterranean.

State Guard units can’t limit troops’ off-duty protests by their troops, National Guard Bureau memo says. A Defense Department instruction on service members’ protest activities does not apply to National Guard troops who are not “in a Title 10 duty status under federal command and control.

Why the next major war is likely to start in Taiwan. If the United States and China get into a shooting war, there is a good chance it would start in Taiwan, which the Chinese communists view as a renegade province.

US government clears $750 million artillery sale to Taiwan. The U.S. State Department has cleared the sale of self-propelled howitzers and GPS-guided kits for artillery shells to Taiwan, marking the first such approval for the country’s self-ruling by the Biden administration.

Chinese Execute ‘Huge’ Theater Level Exercise; Russia & PRC Start Joint Exercise. “Everywhere we went, we were confronted with Chinese. They would come up to us in the hotels, out in the streets and just kind of get really in our face,” Marine Maj. Gen. David Furness said of his recent service in East Africa. “And they’d basically tell us, we’re coming after you. They weren’t shy about it at all.”

After 2014 decimation, Ukrainian Navy rebuilds to fend off Russia. When Russia annexed Crimea from Ukraine in 2014, it absorbed land and people. But in the process, and with less attention, Russia also took 75 percent of Ukraine’s naval fleet, the majority of its helicopters and the bulk of the country’s ship repair capacity.

Here’s why CENTCOM thinks Iran was behind a fatal drone attack on a ship last month. The command provided evidence Friday that links Iran with the July 30 attack on the Mercer Street tanker ship.

Amid US pullout, Taliban seize most of key northern Afghan city of Kunduz. Kunduz is one of the country’s larger cities with a population of more than 340,000, and was a key area defended against Taliban takeover by Western troops over the years.

In fallen Afghan city, fires, airstrikes and victorious Taliban taking selfies. Residents of Kunduz are hiding in basements and desperate to flee, as power is out and cellphones die.

The propaganda war intensifies in Afghanistan as the Taliban gain ground. The effort to fend off panic and minimize losses has taken on outsize importance following the seizure of five provincial capitals by the Taliban.

Is expeditionary foraging in the Corps’ future? Future Marines may deploy with small water purifiers, which can be carried by a single Marine, and wearable power generators.

L ISTEN UP….IF TAIWAN Wants its FREEDOM and NOT Want to Be Under TYRANNY RULE from CHINA…THEY Should Be FREE. JUST the SAME as AMERICANS Who want to Be FREE and NOT Governed By DEMOCRATIC RULE. From SamuraiQuee n. 😄😄😄