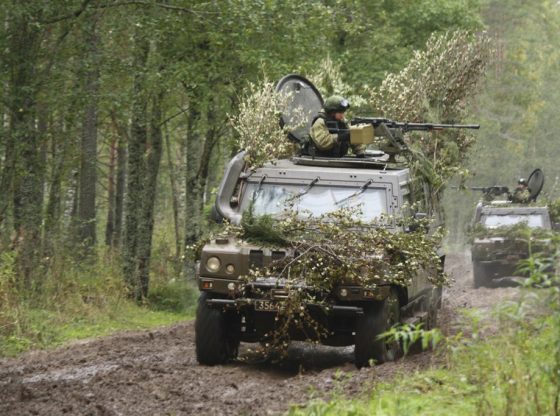 Conducting reconnaissance of the areas of upcoming combat training by units of the Russian Airborne Forces within the framework of the joint strategic exercise/ Ministry of Defence of the Russian Federation - Mil.ru via (https://creativecommons.org/licenses/by/4.0/deed.en) Wikipedia Commons

A note to Rep. Luria: Our US Navy is doing fine. A former Pentagon official argues Rep. Elaine Luria is mistaken when she says the Navy is facing unreasonable fiscal and bureaucratic constraints because of the power of the Joint Staff.

Here’s what will happen to US troops who refuse mandatory COVID-19 vaccines. Once vaccines for the novel coronavirus (COVID-19) become mandatory, U.S. service members could face a range of punishments including administrative separation and court-martial for refusing to get inoculated, legal experts said.

Why? A diverse Corps is necessary to implement future force design, top official says. Marine Brig. Gen. A.T. Williamson, director of manpower plans and policy, says the Corps must have increased diversity to succeed on the complex battlefields of the future.

U.S. officials warn collapse of Afghan capital could come sooner than expected. The Biden administration is preparing for Afghanistan’s capital to fall far sooner than feared only weeks ago, as a rapid disintegration of security has prompted the revision of an already stark intelligence assessment predicting Kabul could be overrun within six to 12 months of the U.S. military departing.

LISTEN UP…IT is CRAZY to COURT MARTIAL a SOLDIER for NOT Wanting a COVID SHOT. THAT is NOT the RIGHT WAY to TREAT AMERICAS FINEST. I Have NOT Gotten the SHOT Yet Because the LORD GOD Has NOT Compelled Me to Do So. GOD Has HIS REASONS for EVERYTHING. From SamuraiQueen. 😄😄😄