Biden’s ‘Fall of Saigon’ Comes to Kabul, Afghanistan – US Troops Prepare to Evacuate US Embassy

Home /Analysis/Biden’s ‘Fall of Saigon’ Comes to Kabul, Afghanistan – US Troops Prepare to Evacuate US Embassy

Biden’s ‘Fall of Saigon’ Comes to Kabul, Afghanistan – US Troops Prepare to Evacuate US Embassy 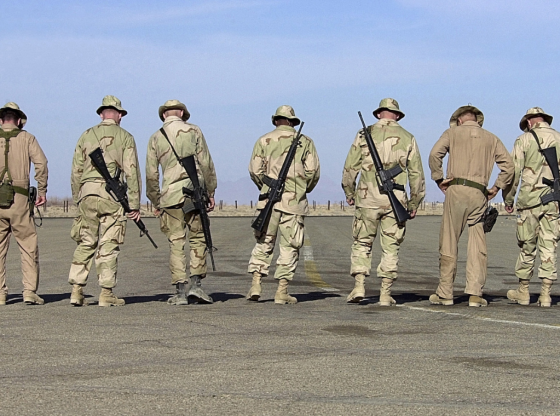 ANALYSIS – Despite feverish attempts by President Biden and his team to claim the current self-created disaster in Afghanistan is not an abandonment, withdrawal, or crisis evacuation, most experts agree it is all three. As someone who has both served in various U.S. embassies as a military attaché and trained in embassy evacuation and reinforcement operations in the Marines, I too can attest this is in fact about to become an emergency non-combatant evacuation operation, or NEO.

NEO is the military term for removing civilians and nonessential military personnel from a dangerous crisis zone. The term is politically charged, and Team Biden is desperately trying to avoid using it.

Unfortunately for them, reality is harder to avoid.

Images of helicopters leaving the U.S. embassy rooftop in Saigon 1975 are already being imagined.

Just weeks before the U.S. is scheduled to end its war in Afghanistan, the Biden administration is rushing 3,000 fresh troops to the Kabul airport to help with a partial evacuation of the U.S. Embassy. The move highlights the stunning speed of a Taliban takeover of much of the country …

The Pentagon is moving thousands of Marines into position for a possible evacuation of the American Embassy and U.S. citizens in Kabul as the Biden administration braces for a possible collapse of the Afghan government within 30 days, officials said.

The Pentagon is moving thousands of Marines into position for a possible evacuation of the American Embassy and U.S. citizens in Kabul as the Biden administration braces for a possible collapse of the Afghan government within 30 days, officials said. https://t.co/DLdZlvPjNq

Yet, the administration shamelessly claims: “This is not abandonment. This is not an evacuation. This is not a wholesale withdrawal,” as State Department spokesman Ned Price just said. He added in Orwellian manner: “What this is is a reduction in the size of our civilian footprint.”

The Pentagon is sending troops to Karzai International Airport in Kabul to help evacuate U.S. embassy as the Taliban continues its offensive in Afghanistan: “This is not an abandonment. This is not an evacuation. This is not a wholesale withdrawal”-State Dept spokesman Ned Price pic.twitter.com/5ve8bQpFjH

How is that for political doublespeak?

The current outrageous administration spin continues the precedent set by Biden’s July Afghanistan speech which both CNN and I called absolute “malarky.”

Biden’s Pentagon spokesperson John Kirby refused to call the new mission a noncombatant evacuation operation. But Mark Jacobson, a former Pentagon official in the Obama administration agrees with me, saying in AP:

This is, in no uncertain terms, a NEO, which is an operation designed to evacuate U.S. civilian personnel whose lives are threatened by war, civil unrest or natural disaster. There’s no cut-out for embassy personnel unless you are trying to make a political point …

And, beyond the horrible repercussions for the Afghan people, and the region, as I have repeatedly written, this deadly and avoidable fiasco will forever stain Joe Biden’s legacy as well as the Democrats.

The Washington Post’s foreign policy affairs columnist David Ignatius makes the historical parallel: “For President Biden, who had hoped for an orderly U.S. withdrawal from Afghanistan, the chaos in Kabul carries echoes of the fall of Saigon in 1975 — precisely the image he wanted to avoid.”

More to the point, Frederick Kagan, a senior fellow at the American Enterprise Institute, pins the blame squarely on POTUS in a New York Times OPED:

A disastrous Taliban takeover wasn’t inevitable. President Biden said his hands were tied to a withdrawal given the awful peace deal negotiated between the Trump administration and the Taliban. But there was still a way to pull out American troops while giving our Afghan partners a better chance to hold the gains we made with them over the last two decades.

Mr. Biden chose otherwise. The way he announced the drawdown and eventual departure of American troops — at the start of the fighting season, on a rapid timeline and sans adequate coordination with the Afghan government — has in part gotten us into the current situation.

Along with the ongoing border crisis, this is one of Biden’s worse disasters so far, for the U.S. and the people of Afghanistan and the region, but also one that will certainly impact the midterm elections next year. ADN

Anything Biden touches turns to SH*T!!!!

Joe Biden is not qualified to be a president Joe failed in all aspects of political policies remove Joe Biden now.

Biden’s hand picked Secretary of Defense, Secretary of State and Head of the CIA should all resign or be fired.What did Biden tell the Nato heads? “America is back”. What a joke.

They should be Hung

Sent to Afghanistan
With empty pockets

Biden, bought & paid for by the Chinese Communist Party; is doing their bidding. This is a deliberate scenario designed to make America look weak and unreliable. The wholesale opening of our own border, and castration of domestic energy are the other parts of a planned take down of the United States. Make no mistakes: Fascism has metastasized into a globalist cabal.

Biden is destroying us not only at home but abroad as well. When is this imposter Biden going to be kicked out of our White House?

Maybe ol’ joe and his administration need to ask other countries how they feel about the abandonment of Afghanistan to the Taliban instead of thinking for themselves. Certainly they had some sort of inkling of what would happen? If not they all need to be fired. And they need to start being honest instead of sugar coating every mistake that Biden makes.

This administration is so full of Bull Shiest! It’s no longer funny! Remove Biden or this country will be the next to fall!

His advisors are telling him that his only comeback from this debacle is to attack Israel. Omar and Tliab agree enthusiastically.

Greetings…
One more time our Administration (IS) on purpose destroying “The USA” within The 5TH Column .brought .(reds) +. Socialism.+. Liberalism & today Progressives.. “THE USA” IN BIG! BIG! TROUBLE Thanks Cooperation..!

LISTEN UP…GET ALL the AMERICANS OUT of TERRORIST TERRITORY ASAP!!!!!!! The GOOD AFGHAN PEOPLE Need HELP Too Just Like the ILLEGAL IMMIGRANTS. AMERICA Needs a MAN Who Can MAKE SOUND DECISIONS Under PRESSURE. TIME Will TELL. From SamuraiQueen. 😄😄😄

These Democrats just can’t stop lying…this isn’t an organized plan to leave, it’s a disaster and an embarrassment…the FLAG is down at the embassy, the airport is in Taliban hands, and our well paid well funded Afgahani President has fled the country to somewhere…maybe Switzerland where his Millions courtesy of US Tax Payer money is stashed…then where? French Riveria?…..Of course Biden imediately blames Trump…apparently he’s so senile he doesn’t remember Trump is no longer President and when you become President you own it..all of it..everywhere, anywhere, all the time….no more blaming past Presidents…OWN UP BIDEN, this mess is yours., Hey Man, Man UP!…but if you need some advice…The Brand New Taliban Goverment is going to have to need a new UN Ambassador to whatever name they choose to rename Afghanistan……that will require a Loyal, energetic Democrat……..I have two perfect choices..Adam Schiff..or Gavin Newsome…….both would I’m sure do great.

oh hey – the white house idiot is already bringing bunches of afghans to this country – most likely he thinks those are the things like blankets that keep people warm. yet does anyone know who are actually part of the taliban????? Then when they get here, I highly suspect the idiot will probably give them some state like kansas or nebraska so they can start their own country in the US. The US is already starting to look like a third world country with all the border crap going on!!!!!!!

Democrap sleepy Joe Biden, the Putz in Chief, needs to be impeached and placed in a rubber room.

Why in the world would you pull your troops out of anywhere, before you clear the US embassy? Not very intelligent but then again with the biden admin you come to expect such ignorance! government planning has taken a big hit on this fiasco! Good job, “NOT”

I hope all the spiteful fools who voted this incompetent old crook as their president are proud of what they have done to their country and the world. The blood of millions of “too western” Afghanistan citizens will soon be forever on their despicable hands and no amount of blaming Trump will ever convenience the world otherwise.

Reduction in footprint ? This is an amputation of the whole leg.
As for Biden’s “legacy”, his legacy is the first corrupt, inept politician allowing himself to be installed as a puppet president for a communist coup.

Well, what did the old fool think would happen? Personally, I fear it’s the Mullah Bamster behind the scenes, pulling the strings to help his B-Team Taliban Moozlum Brothers.