SPECIAL REPORT – In the wake of a slew of recent apparent Iranian commando and drone attacks on civilian shipping in the Arabian Gulf, experts warn of a growing Iranian ‘kamikaze drone’ program designed to help the terror-sponsoring state influence, disrupt, and control the maritime domain around its shores.

Iran is trying to export as much oil as possible while tightening its grip on vital shipping routes, say these experts. And analysts from the Counter Extremism Project (CEP) are warning that the new exploding drone tactics are a “core element” of Tehran’s efforts to influence the region.

And Britain could be as much of a target as Israel or the United States.

CEP analyst Daniel Roth said: “The Iranian threat to shipping in the Gulf is substantial and borne out by numerous examples of Iranian attacks, hijackings, detentions and increasingly, drone strikes.

“Iran considers the Gulf its private lake, which it deigns to share with its littoral Arab neighbors but volubly resents foreign powers exercising their right to freedom of navigation in international waters.”

Roth added: “With its ancient Persian history and self-perception as a great power, the fact that its American enemy has a naval base in Bahrain and regularly deploys the Fifth Fleet around the Gulf is a slap in the face to Tehran. Since Iran lacks global deployment capabilities, it does what it can to project and assert its power in its own backyard.”

“Maintaining dominance over the Gulf’s waterways also serves Iran’s ongoing strategic interests in expanding and cementing its influence over the region,” said Roth.

Roth, the Washington-based CEP’s research director, also told Metro.co.uk that the recent maritime incursions are part of a wider program of a new drone army that the regime is developing, explaining that:

“Iran has an army of drones at its disposal, UAVs (unmanned aerial vehicles) operated by remotely stationed personnel and designed to explode upon impact.

“Iran’s military drone program is a core element of Iran’s expanding footprint around the region, used by both Tehran and its terrorist proxies.”

“Over the past few years, Iran has used drones to harass US air carriers, threaten freedom of navigation in international waters, leverage military gains in the Syrian and Iraqi conflicts, and violate Israeli and Saudi airspace.”

CEP researchers have identified Iran as the manufacturer of drones used by the Houthis against Saudi Arabia, where the terror group has attacked oil fields and civilian sites.

Roth also warned that the UK will continue to be targeted by Tehran due to its standing as “little Satan” among the regime’s elites, adding:

Britain is regarded in regime circles as the ‘little Satan’ to America’s ‘big Satan,’ an untrustworthy stooge of Western imperialism. Despite the UK’s ongoing support of the Iran Nuclear Deal or Joint Comprehensive Plan of Action, Iran maintains a frosty contempt for Britain in all other areas.

“Tehran is currently engaged in several diplomatic rows with London, most notably over British citizens who are jailed over what the UK government claims are dubious and fake charges.” ADN 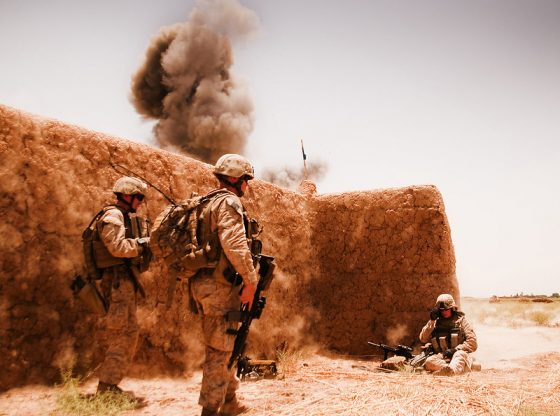 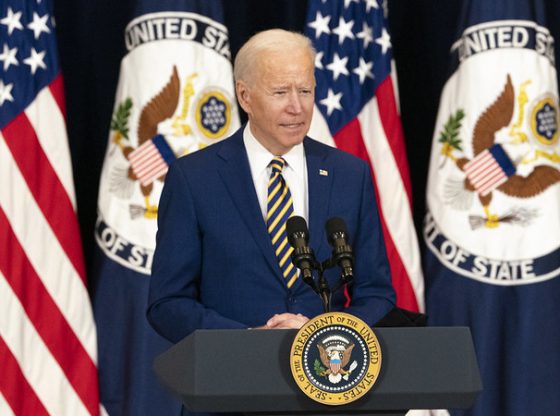 If we had a leader with a set of balls, he would put Iran on notice once and for all times, stay home read your bible, learn to get along with others, or we will nuke your country off the map. Last warning.

Your suggestion has great merit, ‘cept that these weird-beard mullahs would never be caught dead reading the Bible. Their Islam is a religion of course, but it is also a system of social organization and importantly, an imperative of military conquest. Roth above is correct in that the Iranian arrogance derives from ancient Persia, however it derives much more so from Mohammad, who carefully teaches the hatred of infidels.

Islam is NOT a religion. It is a violent cult devoted to world domination by the use of every tool of force that can become available.
Try this simple question with any muslim you meet: Ask “What will become of Islam”?
Regardless of what sect of islam that person may claim, the answer will always be: “Islam will rule the world”.

You must not know any devout Muslims, R.B. I have met many. I have some very dear Muslim friends to whom I would entrust my life and the life of my entire family. They are sincere. The father told me the REAL meaning of ‘jihad.’ It means the struggle against oneself. The problem is not spiritual Muslims. The problem is when Islam becomes the majority religion and its politics take over. Then I do not trust Islam, for they will indeed dominate everything in sight. Still this does not diminish the spirituality inherent in Islam. And it is there, my friend.

Obviously, our oval office rat smelled an opportunity before he was plopped into the most powerful position in the world. And when record low temperatures delivered rolling blackouts, his handlers knew what to do. Their goal was to maximize misery and convince low income people that socialism will improve their lives.

They simply pulled their marionette’s string. Skillfully, they had him cut the pipeline to create a U.S. shortage and demand for middle eastern oil. Naturally the mindless marionette simply read his flash cards. He sent his assistant to El Paso and planned her trip to Singapore. Democrats & dopes nodded their heads.

SIMPLE, FIND WHERE THEY ARE MANUFACTURED AND DRONE THEM SHUT!

seems like this could be made into a sport. 12 gauge shotguns, see one coming, PULL!

Warn Iran that for every attack on an a!lies ships, we will sink one of their oil tankers. They will get the message fast.

LISTEN UP…IRAN is ONE of the WORLD THREATS. IRAN and the TERRORISTS Need to Be TAKEN DOWN. ALL COUNTRIES Need to JOIN FORCES Against the TERRORISTS. THERE are ALOT of BULLIES Out THERE…TAKE THEM DOWN One By One. The FALLEN ANGELS are Being TAKEN DOWN ONE By ONE. From SamuraiQueen. 😄😄😄

The United Kingdom doesn’t have a problem with Islamic drones. With so many Muslim criminal gangs and rape gangs ruining the country it will explode from within. Britians leaders have been totally corrupted.

I am not sure but I bet you could track where the drones are being controled from and send one of our drones to pay respects and I bet our drone is better than theirs. Damn there I go, just like the kids I hated when they said my dad is tougher than yours. He wasn;t but that is for another thread…. 🙂 seriously I’d put a hurtin on them and quick… end of story