After Reckless Afghanistan Withdrawal, Biden Sends Thousands of Troops Back to Evacuate Embassy

After Reckless Afghanistan Withdrawal, Biden Sends Thousands of Troops Back to Evacuate Embassy 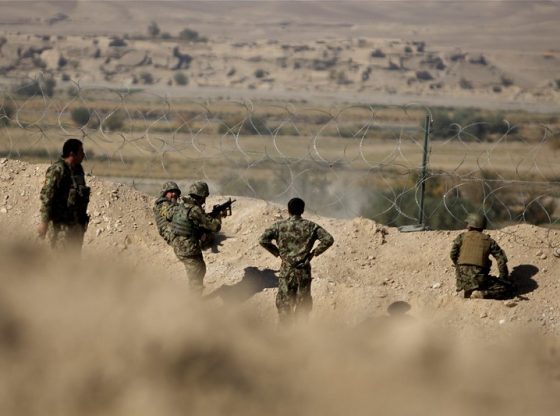 On Saturday President Biden added another 1,000 troops to the 4,000 already in Afghanistan, and another few thousand in countries near the collapsing American ally. This re-insertion of thousands of U.S. troops comes only weeks after Biden recklessly and rapidly withdrew the last of the small number of remaining U.S. troops in that country.

That sudden abandonment of Afghanistan by Biden forced a hasty retreat by allied NATO troops in Afghanistan as well since they had not been properly consulted by Team Biden prior to his withdrawal announcement.

The Biden decision removed significant air support and logistical support that the U.S. had trained the Afghan army to rely on. It also was a devastating shock to the morale of the Afghan forces. Most saw Biden’s announcement as America admitting defeat and signaling that the cause was lost.

The 3,000 original troops deployed to Afghanistan last week include three battalions of U.S. Marines, and one of U.S. Army troops. The most recent 1,000 authorized Saturday by Biden reportedly includes the lead battalion of the 82nd Airborne Brigade Combat Team (BCT).

All these forces are intended to assist in the State Department’s drawdown at the U.S. embassy in Kabul as Taliban insurgents reached the outskirts of the capital.

There were reportedly approximately 4,000 personnel still at the U.S. embassy and the State Department has not said how many are being pulled out by the August 31st Biden deadline.

The Taliban have made major advances in recent days, including capturing Herat and Kandahar, the country’s second- and third-largest cities. By Saturday, news reports showed they had captured Mazar-e-Sharif, a large city in northern Afghanistan, and closed in on Kabul by taking the Logar province just to the south.

While U.S. officials have stressed that the mission of the new U.S. troops is limited to assisting the airlift of embassy personnel and Afghan allies, it is becoming increasingly clear that they might be staying longer if the city and embassy are threatened by a Taliban takeover in the coming days.

As I noted earlier, this new military effort has all the hallmarks of a massive, emergency, noncombatant evacuation operation, or NEO.

I added: “NEO is the military term for removing civilians and nonessential military personnel from a dangerous crisis zone. The term is politically charged, and Team Biden is desperately trying to avoid using it.”

“Unfortunately for them, reality is harder to avoid.”

And the reality of this emergency evacuation is that it is only going to destroy any remaining Afghan morale and embolden the Taliban further. Stripes reported that:

Stephen Biddle, a professor of international and public affairs at Columbia University, said in an interview the announcement that 3,000 U.S. troops were heading to Kabul to help pull out American diplomats and embassy staff likely made Afghan morale even worse.

“The message that sent to Afghans is: ‘The city of Kabul is going to fall so fast that we can’t organize an orderly withdrawal from the embassy,'” Biddle said. This suggests to Afghans that the Americans see little future for the government and that “this place could be toast within hours.”
ADN

“Come on man!” Let’s be real. Joe Biden isn’t pulling any strings or making any decisions. His handlers are just pushing him in front of a camera and he is reading what they have given him to read. He can barely walk up stairs, can’t stay on the sidewalks or even read his notes. He can’t find a pen in his pocket and he hid in his basement during the time when he was supposed to be out campaigning for the 2020 election. The American people are not so stupid to believe that he won the 2020 election. So now we have his handlers running the country and Joe Biden is merely their patsie.

been saying this exact same thing for a long time…since before the election… biden bought and piad for, like most politicians (both sides), the alphabet soup of govt agencies, judges, DA’s and other attorneys, the media, school boards, hell the list goes on… Yep those super rich (the two thhat come to mind are Soros and Bloomberg but there are others especially n a lesser scale like big tach). All you followers there is a lemming parade coming soon,

Joe does get the blame, but the real culprits (Obuma, Rice, Hillary, and Pathetic Pelosi) are running things behind the scenes and seem to not receive any blame or bad media. We desperately need a change in political parties in Congress, both the Senate and the House of Reps. 2022 can not arrive quick enough.

Both parties have failed America . Republicans and Democrats .

But at least SOME republicans are true Americans.

I wonder how many will be killed and/or injured in the stampede to get out of Kabul. Not looking good right now. 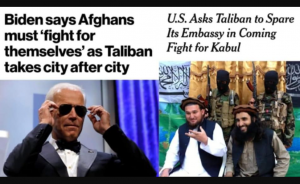 So sorry, folks. It’s not Biden. It’s Biden’s crypto-Muslim puppet master behind the scenes, steering US policy to promote the advance of the incipient World-Caliphate. Any guesses who is in charge? Ask the renovators of the White House in 2016, when they removed the Oval Office carpet, stinking of stale tar and nicotine, threadbare and bald from daily prostrations toward Mecca.

Drop off some sheep and camels and when the taliban go for sex, gas the hell out of the globalist puppet, pieces of schitt .

Where are the people who won the election of Biden? Most of the posts I read are saying what I think regarding the day by day disaster that is Joe Biden. Will the guilty please step forward?

SEMPER FI? Is Biden Illegally Ordering US Marines at Kabul Airport to Send Our Afghan Evacuees to Their Deaths? – American Defense News