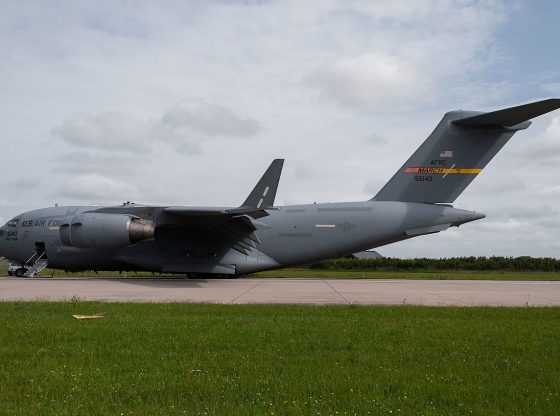 ‘We could have done more’ – frustration grows in Washington over Biden’s Kabul evacuation.

The Taliban are back. Now will they restrain or support al Qaeda?

Billions spent on the Afghan army ultimately benefited the Taliban.

Biden to Afghanistan: Drop dead. Biden is defiant in blaming others for his Afghan debacle.

Biden: ‘No amount of military force would ever deliver a stable and secure Afghanistan.’ The U.S. president blamed the collapse on Afghanistan on a lack of will from politicians and security forces there.

The Taliban’s takeover of Afghanistan. President Biden is expressing no regrets for the catastrophic and humiliating U.S. withdrawal from Afghanistan.

‘We could have done more’ – frustration grows in Washington over Biden’s Kabul evacuation. Frustration and anger at U.S. President Joe Biden’s handling of evacuations from Afghanistan are mounting among administration officials, lawmakers of both parties and advocacy groups.

‘Complete disaster’: Inside the Biden team’s chaotic bid to evacuate Afghan interpreters. The Biden administration has expedited the process for a number of applicants who are in the final stages, but thousands are left waiting for answers.

After Afghanistan falls, the blame game begins. As quickly as Kabul fell, the finger-pointing commenced.

Trump wanted out of Afghanistan. Biden’s choice to follow through is a catastrophe. Can it be that Donald Trump really didn’t leave the presidency? And if he did, why are we left with his foreign policy?

The debacle in Afghanistan is the worst kind: Avoidable. President Biden’s blunders in what is — suddenly — a Taliban-dominated Afghanistan may be measured in many ways.

Afghanistan Falls. Jihadism has mushroomed into a worldwide movement, with al-Qaeda, the Taliban, ISIS and other groups waging guerrilla warfare and launching terrorist attacks on a regular basis.

Crowds, chaos, and Taliban fighters everywhere: What US troops are seeing on the ground in Afghanistan. The situation on the ground in Kabul is changing rapidly as more American troops head in to secure the airport, but it’s clear that most will encounter what photographs from the region show: massive crowds of Afghans trying to escape, chaos and bodies on the city’s streets, and Taliban fighters lurking everywhere.

Eerie tension settles over Kabul as Taliban patrols the streets and U.S. reasserts control at the airport following chaotic scenes. Horrifying scenes of desperate Afghans, lunging for the wheels of a U.S. military aircraft as it taxied for takeoff from Kabul airport Monday, were juxtaposed with an eerie tension in much of the rest of Afghanistan’s capital, where many huddled behind closed doors as Taliban militants patrolled the streets.

Americans, foreign allies trapped in Afghanistan frantic for evacuation information. Congressional offices and outside advocacy groups are fielding a flood of frantic calls from American citizens and foreign allies desperate to escape from Afghanistan amid unfolding chaos there.

‘Game over’: Westerners rush to leave Kabul, rescue Afghans. The chop of U.S. military helicopters whisking American diplomats to Kabul’s airport punctuated a frantic rush by thousands of other foreigners and Afghans to flee to safety as well, as a stunningly swift Taliban takeover entered the heart of Afghanistan’s capital.

Foreign governments scramble to leave Afghanistan amid violence and chaos. International leaders on Monday were scrambling to respond to the chaotic situation in Afghanistan that deteriorated more quickly than many anticipated.

Inside Reach 871, A US C-17 packed with 640 Afghans trying to escape the Taliban. The Air Force evacuation flight from Kabul to Qatar came near the record for most people ever flown in the Boeing airlifter.

Kabul flights grounded as troops work to remove crowds from tarmac. Flights are expected to resume within hours.

The last runway out of Kabul: US transport jets face complex evacuation mission. In just a matter of days, Kabul’s Hamid Karzai International Airport has transformed into a scene of desperation as thousands of Afghans and Americans alike try to flee the resurgent Taliban through Afghanistan’s last airborne escape route.

Extremists celebrate Taliban takeover of Afghanistan on social media. Islamist extremist social media lit up with celebratory messages as the Taliban cemented its control over Afghanistan this weekend, raising concerns that a weakened al Qaeda and other terrorist groups could stage a comeback in the wake of the chaotic U.S. military withdrawal.

Billions spent on Afghan army ultimately benefitted Taliban. Built and trained at a two-decade cost of $83 billion, Afghan security forces collapsed so quickly and completely — in some cases without a shot fired — that the ultimate beneficiary of the American investment turned out to be the Taliban. They grabbed not only political power but also U.S.-supplied firepower — guns, ammunition, helicopters and more.

The Taliban are back. Now will they restrain or support al Qaeda? The United States invaded Afghanistan 20 years ago in response to terrorism, and many worry that Al Qaeda and other radical Islamist groups will again find safe haven there.

After Taliban triumph, Biden faces even greater test in preventing extremist resurgence in Afghanistan. Even before the Taliban’s stunning takeover this week, American military and intelligence officials were racing to devise plans for containing extremist threats emanating from Afghanistan, a task they knew would be more difficult following completion of President Biden’s order to withdraw U.S. forces.

Afghanistan is your fault. The American public now has what it wanted.

Biden isn’t capable of leading a group of girl scouts, much less the United States of America…

I pray for the poor servicemen and -women who must clean up after this ill-advised withdrawal.