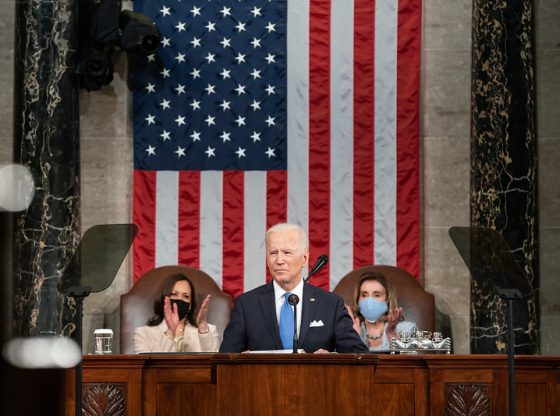 Today’s SPECIAL EXTENDED AFGHANISTAN CRISIS EDITION PDB includes a variety of critical issues such as – 72 hours at Camp David: Inside Biden’s lagging response to the fall of Afghanistan. Biden rattles U.K. with his Afghanistan policy. Final inspector general report details all the ways the U.S. failed in Afghanistan.

Cobra blood is off the training menu for US troops, radical PETA says

Congress to investigate failures in Biden Afghanistan withdrawal plans. The Senate Armed Services Committee will hold hearings on the missteps sometime this fall.

Intelligence warned of Afghan military collapse, despite Biden’s assurances. Even as the president was telling the public that Kabul was unlikely to fall, intelligence assessments painted a grimmer picture.

Biden wanted to leave Afghanistan. He knew the risks. Generals and diplomats warned about a pullout, but the president told his team the U.S. was simply providing life support for the Kabul government while neglecting more pressing issues.

72 hours at Camp David: Inside Biden’s lagging response to the fall of Afghanistan. Marine One lifted off Friday at 1:36 p.m. for Camp David bearing a leader headed on a long-planned August vacation: President Biden, clad in a black baseball cap and a light-blue short-sleeved shirt, carried a lone piece of luggage and was accompanied by his wife and a small retinue of staff.

Biden rattles U.K. with his Afghanistan policy. Britain was the second-largest supplier of troops to Afghanistan, and the United States’ rapid withdrawal from the country has left some embittered.

Withdrawal from Afghanistan forces allies and adversaries to reconsider America’s global role. President Biden’s decision to withdraw from Afghanistan has triggered a globe-spanning rethink of America’s role in the world, as European allies discuss their need to play a bigger part in security matters and Russia and China consider how to promote their interests in a Taliban-led Afghanistan.

The Taliban has access to US military aircraft. Now what happens? Numerous photos have surfaced on social media of Taliban fighters posing with Black Hawk helicopters, A-29 attack planes and other aircraft from the Afghan air force fleet.

NATO scrambles to complete Afghanistan evacuations ‘as soon as possible.’ NATO allies around Europe are sending military aircraft to Afghanistan in ongoing efforts to pull its own citizens, and vulnerable Afghans, out of the country.

Final inspector general report details all the ways the U.S. failed in Afghanistan. While progress was made, there was little faith that they could sustain without a U.S. presence.

China’s military conducts assault drills in seas near Taiwan. Taiwan’s Defense Ministry said in a statement it had fully grasped and assessed the situation in the sea and air, and was prepared to respond in each respect.

Counterpoint: New arms sales send the wrong signal on Taiwan. To avoid enflaming tensions in the Taiwan Strait, the U.S. needs to halt sales of weapons to Taiwan.

Coast Guard patrols from Japan for fisheries violators. An HC-130J Super Hercules that stayed a short time on the Yokota flight line seemed like a good fit for this Air Force airlift hub in western Tokyo.

Marines successfully fire new NMESIS anti-ship weapon during live exercise. The Marine Corps’ new anti-ship missile capability has been developed rapidly thanks to its use of proven subsystems from other programs of record.

Cobra blood is off the training menu for US troops, PETA says. The radical animal rights group People for the Ethical Treatment of Animals declared victory this week after the practice of drinking the blood of cobras was axed from the multinational Cobra Gold military exercise in Thailand.

Investigate and then do something. Tired of empty talk from rinos in the GOP. Do your jobs and then maybe the real deplorables will fund your bunch. Though it pains me to give a rino or a dim wit a single dime as they are a waste of time and money. Too many rinos now in the GOP are traitors. There are more than ten and that is too many! And the senators for AZ are products of the fraud machine but rino McCain was as bad or worse than this current crop. Dim wits are liars, cheats, thieves and very few are even pretending to be moderates. When this is over after 2022, one of them may be gone and the other runs in 2024. With no fraud possible both will be history. Stay on the republican legislature to plug up the voting holes and remove the roulette voting machines. I message them all regularly. WE ARE WATCHING! And actions must follow words.

What, and find themselves Guilty? These are Democrats remember!

Can the demise of Taiwan be far behind?

The cellar dweller, mentally incompetent Joe Biden, needs to be removed from office!

Talk talk, talk. No action. The Government is worthless. I don’t trust them for one second. Time to start over. I believe this was planned to replace Biden and maybe Kamala. Pelosi and Schumer are the Devil. Their hatred of our great country is unacceptable. Time for them to go also.

Hidenbiden, the incompetent, corrupt,lying,racist,sexualpervert, sockpuppet,senile,frail,old,fool,installed by the deep state, this embarrassment, and his woke generals,and other minions, need to be removed from office,for total incompetency. They have left Americans trapped in the country and no way out.This disaster can only be blamed on hidenbiden and his minions, idiotic, policies

LISTEN UP….The DEMOCRATS are DESTROYING A MERICA a nd AMERICAN LIVES. GOD Chose PREZ TRUMP to Be PRESIDENT of the U.S. just as HE Chose KING DAVID to Rule Over ISRAEL. BIDEN’S WAYS are NOT GOD’S WAYS. GOD’S BLESSING is STILL with PREZ TRUMP NOT PREZ BIDEN. From SamuraiQueen. 😄😄😄

Gee with congress at the helm, the investigation should be complete in about 10 years…

Biden to trapped americans in Kabul….You are on your own and the only reason you got trapped is because you are a Trump supporter…..Anybody really think they are going to investigate Biden??? If you do let me sell you a great “piece of swamp land”