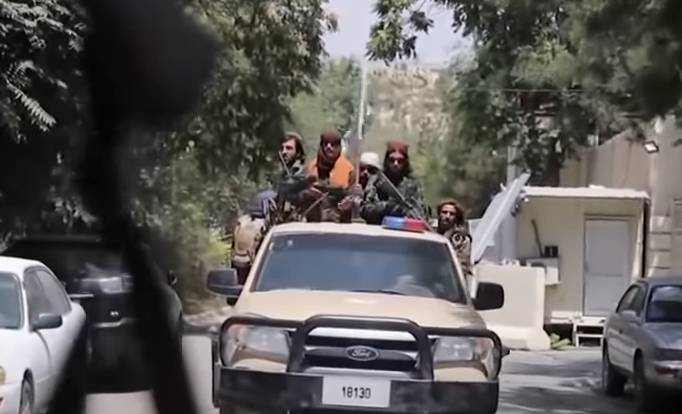 Even as U.S. intelligence estimates warned of a pending collapse after Biden’s hasty and reckless Afghan withdrawal, an urgent July State Department memo shows that administration officials were cautioned about the Taliban’s lightning advance. This shows that President Biden was either lying in his public statements about being surprised by the Taliban’s victory, as I have written, and CNN agreed, or he is too out of touch to know the difference.

The Wall Street Journal (WSJ) reported that due to the dire situation on the ground, 23 American staffers of the U.S. Embassy in Kabul signed the CONFIDENTIAL July 13 cable, and urgently rushed to deliver it to Team Biden in Washington, DC, via a special ‘dissent’ channel.

WSJ notes that the “dissent channel is a formal mechanism of the State Department that allows foreign service officers to raise concerns about current policy. It was established during the Vietnam War as a result of concerns that contrary views were being ignored.”

The urgent cable was reportedly sent to Biden’s Secretary of State Antony Blinken and Director of Policy Planning Salman Ahmed. Blinken reportedly received the cable and reviewed it shortly after receipt.

The WSJ notes that:

The existence of the confidential State Department cable adds to an expanding debate involving the White House, Pentagon and intelligence services over what U.S. officials understood about assessments of Afghanistan’s stability.

U.S. military and intelligence officials, struggling with the fallout from the rapid collapse of Afghanistan’s government and armed forces, have sparred over U.S. intelligence assessments regarding the country’s stability.

President Biden in July had said that a collapse of the government and a Taliban takeover were “highly unlikely,” pointing to the large numbers of Afghan National Security Force members, their U.S. training and modern equipment, including an air force.

On Wednesday, in an interview with ABC News, Mr. Biden said that “the idea that somehow there’s a way to have gotten out without chaos ensuing, I don’t know how that happens.”

The Biden deception, or cluelessness, about the rapid Taliban advance being unexpected extends to his Defense Department and Joint Chiefs of Staff (JCS). Gen. Mark Milley, chairman of the JCS at the Pentagon, has said that rapid collapse of the U.S.-supported Afghan government and army was never anticipated.

“There was nothing that I or anyone else saw that indicated a collapse of this army and this government in 11 days,” Milley stated on Wednesday. ADN

There’s no way that Biden get out of this without being culpable. Whether or not Biden is lying or is out of touch either of these is proof that he is disqualified from being President. Lying to the American people is a breach of faith and fulfillment of his sworn duty. It he is out of touch then his mental incompetence is a disqualifier. There are no excuses.
Now that Biden has messed up it is the American people who will pay the costs. This though will give the Democrats/Biden another crisis to exploit to their benefit as they use emotional blackmail to excuse the bringing in of tens of thousands of Afghan refugees. Based on their logic though what is to stop them from bringing in the whole 38million? And then why stop with Afghanistan since there is no Muslim country on this planet that doesn’t oppress its people.

WE Have NO NEED to Import MOSLEM JACKASSES! Every one of them, and their Spawn, will be on ETERNAL WELFARE!

Their main goal is to achieve 10-15 percent of the population, then Allah will tell them to conquer the infidels in America. We won’t be around to see it but the grandkids will inherit our mistaken beliefs that muslims could be trusted..

Biden is out of touch with what is happening. He needs to be impeached also Harris. Trump really won or would had won. Put him back in office. Shame on Biden. He has weekend our country and Kabul! We fought a war, for 20 years for nothing.

This pathetic,fool, knew it and screwed it up the worse it could be, that shows hidenbiden,generals, blinkin, and others need to be held accountable for this dangerous, blunder, that left thousands trapped behind enemy lines. If Americans die, this administration needs to arrested and chaarged with total incompetence,and treason.

biden administration is the most illegal administration in history!! If, as reported he was unaware of results of his sudden removal of US Troops, he is naiave at at best and crimeinally incompitent at worsre

Don’t blame me I voted for trump

I think Beijing Biden had it all worked out and planned with China.

that’s why they call him xiden!

Biden can’t wipe the cereal off of hid own chin. It’s not that moron who is doing all of this. He’s just a really demented puppet.

We should not be terribly surprised to learn that Biden is flying in a few plane loads full of cash to pay off the Taliban for releasing US citizens and making Biden look good.

Braindead, Biden’s, Bloody Boondoogle evacuation in Afghanistan is going to get Americans killed!

The incompetent cellar dweller in Chief must be impeached, resign or removed from office!

Biden does not know anything more important than what he had for breakfast!

With the first drop of American Blood that is drawn by the Taliban, the Biden Socialist Regime, that includes Biden, Pelosi, Schumer and the rest of the squad should be impeached, found guilty and jailed. The only time Biden isn’t lying is when he is taking his na. There was NO reason to announce a departure date and absolutely NO reason to leave Billions of Dollars of Military Hardware in the hands of a bunch of Terrorists. Every piece of that equipment will end up in China, Russia, North Korea, and Iran and it will be used against Americans and any allies we might have left. This is not just high crimes and misdemeanors, this is Treason.

In Senile Joe’s case there is a grave difference between what he was TOLD and what he may KNOW. Was he having one of a few lucid moments or was he “sundowning” when the information was given him? That’s the problem with having a mentally-deficient person as POTUS!

i’m sure blinky 86th that memo!

I hope all that American mega-billion $$$ military equipment has a secret self-destruct button that reads ‘Push here for Paradise Virgins‘ in Pashto and Farsi.

Another BIG FAT LIE on this Aftghanistan Disaster, so why the HELL should we, the American people, believe or trust anything they tell us any more and this one cost 13 American soldiers lives?????? CHEATER Joe Biden and the CHEATER criminal Democrat Party Mob leadership along with the liberal news media own this Aftghanistan Disaster and have all of that “coming dead American lives blood on their hands due to those BIG FAT LIES”!!!!!!! Let’s “dump them all in the 2022 and 2024 elections as a payback for those BIG FAT LIES that cost American lives”!!!!! It is the least we can do as all legal American voters to remember them by!!!!

I find it amazing that our politicians can do whatever they want and make all kinds of excuses for the outcome. They are only interested in one thing”themselves” and how they can manipulate the people in this country because they think because we voted for them we must accept their decisions without question. They are infallible. Wrong. But my question is how can they get away with killing people and they don’t get prosecuted????🤔