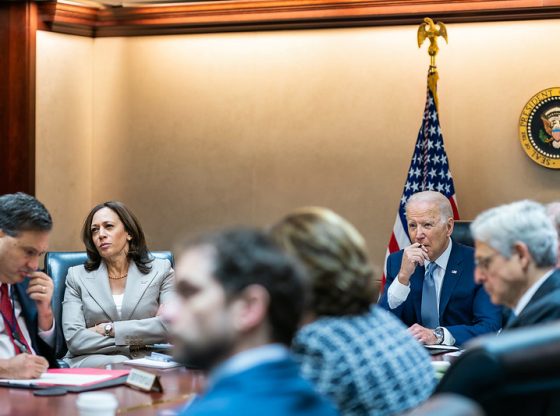 Dancing to the Taliban timetable.

REALLY? Chaotic evacuation from Afghanistan was inevitable, Biden insists. About 11,000 individuals have been evacuated from the country in the last few days.

Afghanistan is a disaster of choice, not inevitability. America has lost a war, and the consequences will be terrible.

Dancing to the Taliban timetable. The ugly, chaotic U.S. withdrawal from Afghanistan continues despite Biden Administration attempts to spin it as a triumph of logistics and planning.

Biden’s catastrophe. Responding to the disastrous fallout of his Afghanistan withdrawal, President Joe Biden declared that the “buck stops with me” — and then spent the rest of his first public address on the crisis shifting blame and proffering the same flawed arguments that led us to this tragic point.

Sources: No Biden firings. President Biden isn’t inclined to fire any senior national security officials over the chaos in Kabul unless the situation drastically deteriorates or there’s significant loss of American life, people familiar with the matter tell Axios.

Ex-UK leader Tony Blair slams Afghan withdrawal. Tony Blair, the British prime minister who deployed troops to Afghanistan 20 years ago after the 9/11 attacks, says the U.S. decision to withdraw from the country has “every Jihadist group round the world cheering.”

Lawmakers beg White House for better security plans for Afghan evacuees. A group of veterans in Congress on Friday called on White House officials to unveil clearer plans to provide security for Americans and Afghan allies trapped inside Afghanistan, saying thousands of lives hinge on decisive action as soon as possible.

President Biden suggested rescue operations in Kabul. What comes next? Biden signaled he is open to allowing troops into Kabul to rescue Americans.

US special operations forces race to save former Afghan comrades in jeopardy. The current and former military members are getting people out “one at a time.”

Islamic State threat forces US changes to evacuations at Kabul airport. Potential Islamic State threats against Americans in Afghanistan are forcing the U.S. military to develop new ways to get evacuees to the airport in Kabul, a senior U.S. official said Saturday, adding a new complication to the already chaotic efforts to get people out of the country after its swift fall to the Taliban.

Clashes erupt in northern Afghanistan as Taliban pursue talks with former foes. The Taliban fought deadly battles with budding resistance forces in northern Afghanistan, as political negotiations on a broader government moved ahead in Kabul and access to the city’s U.S.-run airport remained difficult for thousands of Afghans trying to flee.

As Afghanistan reverts, Iraq makes steady progress. It has a capable army, a functioning representative government—and a need for continued U.S. help.

With Chinese and Russian knives at the throat of GPS, Senate calls for a study, waits for administration to follow law. The U.S. must pursue a terrestrial alternative to GPS, as required by law, as one step to protect the vulnerable system for the military and the public, an expert argues.

Are China and Japan headed for trouble in the East China Sea? There is an increasing likelihood that the next war could begin over islands in the Far East, as China has sought to expand its presence far beyond the mainland.

Pentagon poised to unveil, demonstrate classified space weapon. For months, top officials at the Defense Department have been working toward declassifying the existence of a secret space weapon program and providing a real-world demonstration of its capabilities, Breaking Defense has learned.

When have you ever known any disgusting democrat to ever take responsibility for anything they do? Biden is a loser Harris is a nasty old w hore so we need these election audits completed, then with the proof throw this trash out of the White House.

Democrap banana pudding eating Joe Biden, the Incompetent in Chief, needs to resign, be impeached or subject to the 25th amendment!

One of our HERO RETIRED GENERALS suggested today that Traitor Joe be Court Martialed.. What a great idea/

…tarred and feathered, drawn and quartered?

LISTEN UP…GOD Has Turned HIS BACK on PREZ BIDEN. GOD will HELP PREZ TRUMP just as HE Did KING DAVID. To the PEOPLE of JAPAN…Your ANCESTORS the SAMURAI WARRIORS are WORKING for GOD…ALL the ONES that MADE it to HEAVEN. GOD Likes a GREAT SWORDFIGHTER Who FIGHTS with HONOR. THEY have a HIGH PLACE of HONOR in GOD’S KINGDOM. THEY have been HELPING Capture the FALLEN ANGELS and Put THEM in GOD’S Private PRISON. From SamuraiQueen. 😄😄😄

I love your consistent high spirits, vision, optimism and piety. God will bless you!

Left Behind to be murdered and tortured by the Taliban.. Too bad the old fool in the Oval Office could not wait for the Taliban Warlords to begin their winter treks back to Pakistan and then Nail them out in the open. They are the worst of the worst, murderous VERMIN.