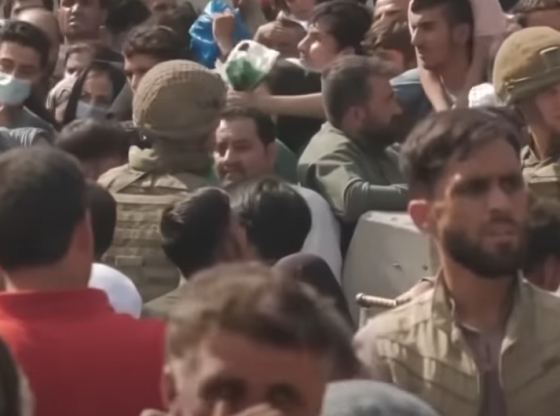 Lawmakers from both parties push back at Biden’s Aug. 31 deadline.

Breaking hearts and minds: The strategy of surrender.

Al Qaeda is still in Afghanistan and the Taliban are still their allies.

TOTAL LIE – Biden says he expects Afghanistan evacuations to be finished next week. About 64,000 individuals have been evacuated from Kabul in recent weeks, but advocates say thousands more are still waiting.

Biden’s rush to the Afghan exits. The Taliban says get out by Aug. 31. The U.S. President agrees.

Lawmakers from both parties push back at Biden’s Aug. 31 deadline. Democrats and Republicans alike on Tuesday called on President Biden to push back his Aug. 31 deadline to withdraw American forces helping to evacuate thousands of U.S. citizens and Afghan allies.

Two Congress members fly to Kabul, infuriate DoD, White House. Rep. Seth Moulton, D-Mass., and Rep. Peter Meijer, R-Mich., flew in and out on charter aircraft and were on the ground at the Kabul airport for several hours.

Breaking hearts and minds: The strategy of surrender. This is more than just an issue of international credibility, it is also one of national security.

Kabul evacuations kick into overdrive with a week left before Afghanistan withdrawal. The Kabul airport evacuation effort flew out more than 21,000 people on Monday.

In Kabul, private rescue efforts grow desperate as time to evacuate Afghans runs out. A disparate group of American veterans, military contractors, aid workers and former spies is scrambling to get as many people out of Afghanistan as they can before President Biden shuts down the window for rescues in coming days.

In an image mocking the Marines, the Taliban shows off new propaganda savvy. Since taking control of Afghanistan, the Taliban has been eager to release pictures of its fighters equipped with modern weapons and tactical uniforms.

‘Moral responsibility’: South Korea is airlifting hundreds of Afghans out of Kabul. Over 380 Afghans who supported South Korea in Afghanistan before the Taliban seized power are expected to arrive at an airport outside Seoul on Thursday, according to the Ministry of Foreign Affairs.

Kabul evacuee with potential ISIS ties detained at Qatar base. Up to 100 evacuees have been flagged for further scrutiny during the more comprehensive screening they received at their first stop after Afghanistan.

China blasts US over Afghanistan pullout – describes ‘effective’ talks with Taliban. China says it has established an “open and effective communication and consultation with the Afghan Taliban,” following a meeting between representatives of the group and Beijing’s ambassador to Kabul.

US, China accuse each other of ‘bullying’ nations. U.S. Vice President Kamala Harris on Wednesday again charged China with bullying its Southeast Asian neighbors, the second time in two days she has attacked Beijing during a regional visit aimed at countering China’s growing influence.

Biden must tell Beijing: ‘War means instant independence for Taiwan.’ For its part, China mocks Biden personally and the United States generally as weak and untrustworthy.

B-2s from Whiteman deploy to Iceland for bomber task force. A trio of B-2s from Whiteman Air Force Base, Mo., arrived in Iceland on Aug. 24, ahead of a Bomber Task Force mission in which they will conduct training across Europe and Africa.

Well, we all know that Joe Biden is the Anti-Christ and is the Great Liar. He is all that is evil.

I’m afraid you’ve got it wrong. Biden is a puppet with dementia. The real anti-Christ is whoever is pulling Joe’s strings… the Puppetmaster!

that is not true. Biden will be long gone before anti christ appears on the scene. Granted he is setting everything up for his coming.

i guess you guys have NO idea the difference between B-2s and B-52s – B-2s are deployed out of Whiteman, which if you do go to the article, that is the base deploying warbirds!!!!! SAD.

And, according to fake-news mesdia, both legacy & social & corrupt US bureaucrats, officials and other ‘assorted’ mfkrs in-charge…81million+ Americans voted for him.”Something is rotten in the state of Denmark”…or, is that from Delaware❓

LISTEN UP…GET the AMERICANS and GOOD AFGHAN PEOPLE Out of AFGHAN ASAP. ISOLATE/BARRICADE the TERRORISTS. DESTROY THEM. LOCK THEM UP. THEY Can NOT Continue THEIR REIGN of TERROR and MULTIPLY. From SamuraiQueen. 😄😄😄

Hey Biden, instead of you GETTING ON YOUR KNEES FOR THE TALIBAN WHY NOT MAKE HARRIS DO THAT? That has always been her MO…on her knees or her back…