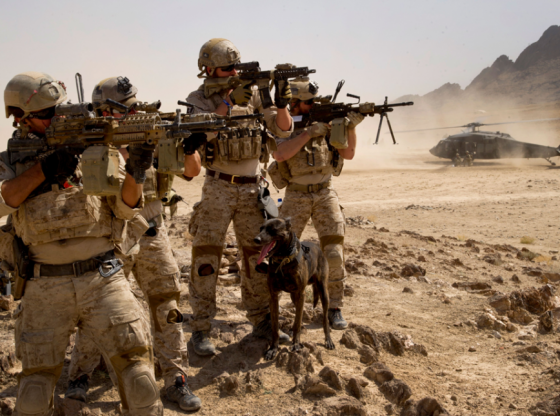 In Afghanistan, we’ve opened the gates of hell. The Afghanistan fiasco is the worst strategic blunder since 1938: the year that British Prime Minister Neville Chamberlain waved around a copy of the Munich Agreement and proclaimed, “peace in our time.”

Greenlighting the Taliban’s takeover of Kabul is a national disgrace. Americans have been told that the fall of Kabul took the Biden administration by surprise, creating a situation — completely beyond our control — where the United States had to depend on the Taliban for security in the Afghan capital as the U.S. military conducted the evacuation.

America is leaving thousands of people behind in Afghanistan. This is a moral disaster. Those left behind appear to include many local journalists who worked for U.S.-supported media such as the Afghan service of RFE/RL

Slain Marine who cradled baby at Kabul airport loved her job — and more details about those who died. Heart-wrenching details have emerged about some of the 13 U.S. troops killed in a horrific suicide bombing at Afghanistan’s Kabul airport.

Inside the final hours at Kabul Airport. Alone on the airfield after hundreds of other U.S. troops had left, five handpicked joint tactical exfiltration crews blew up the last remaining defenses and took off in the dark.

DOUBTFUL – U.S.’s pledge to fight terrorists in Afghanistan will be harder without boots on the ground. President Biden and his aides promise that the U.S. can keep terror threats from Afghanistan at bay from afar with “over the horizon” surveillance and strikes now that U.S. troops have departed. Counterterrorism and intelligence officials say it will be much harder and less effective than the White House suggests.

The future of U.S.-Taliban relations. Blinken says cooperation is possible, but only if Taliban acts appropriately.

6 naval task groups from U.S., U.K., India, Japan, and Australia underway in Pacific. Six task groups from the U.S, U.K., Australian, Japanese, and Indian navies are currently on operational deployments in the Indo-Pacific region amidst an intense fall and early winter period of multilateral exercises

Taiwan’s government reportedly makes last-minute request for Seahawk helos. Taiwan’s government is seeking funding for a long-delayed plan to acquire shipboard anti-submarine helicopters from the United States, as it announces an increased defense budget for the forthcoming fiscal year.

UES SIR, BIDEN IS REALLY BRING US TOGETHER TO GREATNESS AGAIN? ” LIKE HELL “, TOGETHERNESS NOW FOR THE RUSSIANS AND CHINESE AND ALL OTHER WORLD CRUD! SECTION 25 OF THE LAWS TO NAIL THIS TRAITOR WITH NOW, NOT TILL HE STARTS WW 3!

LISTEN UP….MY CONDOLENCES to the U.S. MILITARY FAMILIES who LOST Their LOVED ONES in AFGHAN. The U.S. GOVT Needs to MAKE PEACE TALKS with the TERRORISTS to SAVE the LIVES of STRANDED AMERICANS. YOU Need to BRING PREZ TRUMP in to NEGOTIATE for GOD is with HIM. Without GOD’S BLESSING AMERICA/AMERICANS are DOOMED. From SamuraiQueen. 😄😄😄

There are 17 divisions of Special Forces each division containing over 1,000 soldiers had they done like Desert Storm and Sent in Special Forces to take care of Afghanistan in the beginning the war would not have lasted a week and everything would have been leveled!

Just called and asked my Congressman how proud he must have been to see those terrorists wearing our uniforms and carrying the weapons that Biden left them. His name is MIKE LEVIN AND HE IS A SCUMBUG. I asked how proud he was when they brought home dead marine caskets from camp pendleton in Oceanside. The district he is suppose to represent but all he is “NANCY PELOSI PUPPET”. Demoshits should feel PROUD OF WHAT THEY DID…..BLOOD IS ON YOUR HANDS LEVIN. BLOOD IS ION YOUR HANDS DEMOSHITS

Non ya
Reply to  Max

Nuclear war with China may be the only hope to clear our major cities of the present criminal infestation. It might even restore freedom of speech and free elections.
Biden’s cowardly foreign policy and betrayal of allies gives Xi hope that now is the window of opportunity to drive the US out of Asia and out of power.
Imperial Japan thought Pearl Harbor would drive the cowardly Americans into isolation and submission.