Home /US Military/Leaked Text Messages Confirm the Worst About Afghanistan 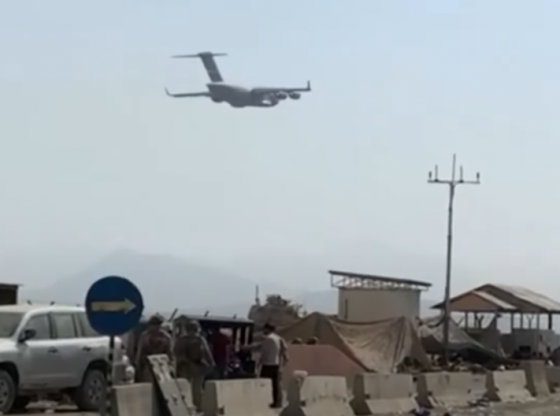 A U.S. Army colonel on the ground at the Kabul airport said U.S. troops were knowingly leaving behind U.S. citizens, according to a series of private texts leaked this week. In one text, the Army colonel wrote “Yes, we are fucking abandoning American citizens.”

The texts were reportedly shared between 82nd Airborne Col. Matt Rogers and Michael Yon, a former Special Forces soldier and war correspondent. Yon was among a number of private citizens who worked in private groups to help evacuate Americans stranded in Afghanistan.

Yon wrote that he had been working with a man by the name of Rick Clay who “had three jets on ground in Kabul.” Yon said, “I had arranged Taliban bringing American mother and three American children all the way to gate. Turned away by American Army.”

Rogers’ texts with Yon came as the veteran and war correspondent encountered difficulties getting people through to the Kabul airport.

Left wing Media has not been able to report anything factually positive with this event beyond spin to deflect reality. So what do they choose to do … ignore it and focus on anything else.

Since they have become a Weaponized Marxist indoctrination propaganda machine and not functioning constitutionally … Shouldn’t they be stripped of those protections?

I weep for the soul of my once beautiful country, the USA

I retired to Cuenca, Ecuador, Carol, and am so happy. It is tranquil here and the people are so nice. It’s very affordable to live on Social Security. I went back to the states last month and could not wait to get “HOME” to Ecuador. It’s just crazy there by comparison. I am a veteran and feel sick over what has happened in Afghanistan. The article above is clearly an indication of how bad it has gotten. Biden is NOT a leader. If he was, he would not allow American citizens to be left behind. The MSM will likely not give the public the truth (why start now) about the gross neglect of our responsibilities to our fellow citizens. Not only did we abandon our people, but left billions of dollars of our military equipment to the enemy. Why not just equip the Taliban with the weapons of war funded by American taxpayers. This would NOT have happened under President Trump. Biden is destroying the US and the military.

Looks like work-at-home scammers now dominate the comments section of American Defense News. I wonder if they have anything to do with the absence of enthusiastic writers. Hmmm…

And it is disgusting that this website would allow their free scam ads to run rampant!!! 🙁

Indeed. The EDITORS should beware, lest the scammers and one or two wicked TDS trolls seize the day and the website and drag it through the muck. Nothing left but to UNSUBSCRIBE.

Biden is an absolute joke! Impeach and throw out useless Harris with him!

Dear American Defense News — I am appalled at how you’re allowing these scam advertisers to post their fake ads about all the money they make, on your website. Any idea how offensive honest people find them, and the amount of space they take up? And if it keeps up, I’m betting you are going to lose a lot fo your readers– me included! STOP THEM!! Quite sure your “censors” could easily make that happen. 🙁

Biden’s orders were to bring Afghans to the US and now they have been delivered to swing states so that Dems will win elections in 2020 and 2024.

This is bullshit, and the hidenbiden,administration, is to blame for blocking these planes and people from getting to the airport. Who in the hells side are thee totally incompetent,people in this administration on. U screwed this evacuation from afghanistan so bad that u should all be removed for incompetency. None of u are fit to serve, this country after this debacle.

Biden and his crowd of slime balls knew all along they were leaving our people behind. The brain dead joke wanted to get out of Afghanistan without having to kill any muslims. This is all being done to hurt our credibility among the freedom loving nations of the world.
Put Biden, Milley, Blinken, and the rest of the administration in prison and throw away the keys.