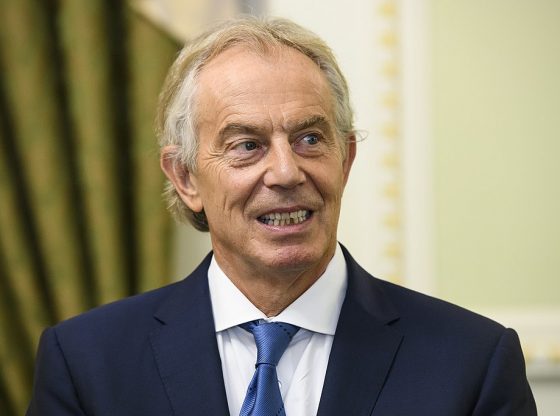 Tony Blair: Afghanistan withdrawal is ‘imbecilic.’ The U.S. withdrawal from Afghanistan is “tragic, dangerous, unnecessary,” Tony Blair said. The former U.K. prime minister claimed U.S. President Joe Biden’s decision to pull troops out of the country had been done “in obedience to an imbecilic political slogan about ending ‘the forever wars.’” ‘The world is now uncertain of where the West stands,’ wrote Blair.

The UK and US are feuding over the Afghanistan withdrawal, with British ministers calling the president ‘doolally’ and Biden ignoring Boris Johnson’s calls. A furious war of words between the US and UK over the chaotic troop withdrawal from Taliban-controlled Afghanistan has seen a British cabinet minister call President Joe Biden “doolally” and the US president ignore the prime minister’s calls. Johnson has also revived the “Sleepy Joe” nickname, reports say.

A Dishonorable Exit. Honor demanded America rescue Afghans who served alongside us and assist those who took chances on their country because we asked – the 200 female Afghan judges, for example—and because we encouraged them to step up in dangerous circumstances. Senators of both parties (including the current president) celebrated the opening of Afghan society; it is dishonorable to turn our backs on those we encouraged.

A Legendary Marine’s Name As Code: The Ad Hoc Network That Helped Rescue Afghans. Most Americans, let alone Afghans, don’t know the name Chesty Puller. But every U.S. Marine guarding the gates to Kabul Airport last week knows who he was. Puller is the most decorated Marine in history, legendary for his leadership in World War II and Korea. Which is why the Marines at the gate perked up when they saw an Afghan family of eight, carrying cardboard signs and walking toward them.

Former Special Forces Personnel Stay Behind in Afghanistan to Rescue People Biden Left Behind. Even though the Biden administration has stopped its efforts to evacuate people from Afghanistan, private citizens are working around the clock to rescue those who have been left behind.

Defense Sec Lloyd Austin ordered by House committee to submit Afghanistan plan on evacuations. The House Armed Services Committee is requiring Secretary of Defense Lloyd Austin to detail various elements of the Pentagon’s activities in Afghanistan, including how military officials plan to facilitate the evacuation of American citizens who were left behind. The amendment also directs Austin to brief Congress on the Pentagon’s plan to maintain air superiority in Afghanistan, its ongoing intelligence and surveillance operations, as well as counterterrorism operations.

Afghans With Ties to U.S. Who Could Not Get Out Now Live in Fear. Thousands did not make it onto U.S. military evacuation flights. Many of them are now in hiding, worried for their safety and their future. There are also potentially hundreds of thousands of other Afghans — aid agency workers, officials from the defunct government, media employees, prominent women — who are fearful and laying low.

Inside the Afghan Evacuation: Rogue Flights, Crowded Tents, Hope and Chaos. President Biden has insisted that the evacuation of Kabul was done as efficiently as possible. But key documents obtained by The New York Times suggest otherwise.

Not clear yet if US is withdrawing or regearing. While many see Afghan retreat as faltering resolve for global leadership, it’s just as likely a major generational policy reset is under way. On one end of the spectrum, developments herald the end of US global leadership. On the other, Biden’s decision is part of a strategic vision that prepares the United States for the most pressing geopolitical challenges.

The U.S. ground war in Afghanistan is over. Now it’s the Navy’s turn. Expect aircraft carriers to stay in the Middle East, U.S. officials say, even as the military tries to pivot to China. The American military’s involvement in Afghanistan could soon become largely the Navy’s responsibility, an ironic twist for a counterterrorism mission in a landlocked country.

US troops lingering in Pakistan ring alarm bells. Pakistan denies US troops leaving Afghanistan will be allowed access to its bases but hundreds are now inexplicably in-country. Although Pakistan officially acknowledged the landing of military planes carrying hundreds of US troops from Afghanistan at Islamabad airport on August 29, it’s still not clear why many are still lingering in the country and not returning to the US or Qatar air base.

China exerts growing power right on America’s doorstep. China is making its influence felt in Latin America and the Caribbean in a way officials say is harmful to the U.S. and via methods the U.S. can’t employ. China’s influence “is global, and it is everywhere in this hemisphere, and moving forward in alarming ways,” said Adm. Craig Faller, the head of U.S. Southern Command.” China is pursuing multiple portals in this hemisphere,” he continued, referring to seaports, airports and other transit hubs.

Beijing is having trouble selling its citizens on a partnership with the Taliban. As Beijing gets ready to embrace the Taliban, China’s propaganda machinery has been working in overdrive to convince Chinese people that partnering with the militant group isn’t as problematic as it seems. The response to such rhetoric has been mixed, considering how China has played up threats of alleged Islamic extremism at home in recent years to justify a crackdown on ethnic minority Uyghur Muslims in the border region of Xinjiang.

Failure in Afghanistan Has Roots in the All-Volunteer Military. For the past three decades, careerism among senior officers coupled with the disconnect between the American public and the All-Volunteer Force have led to failed and unnecessary overseas military interventions.

It’s more then that,Biden recall or the democrat party will become just a memory.White House now, all Biden phone calls are private, are we now in some type of dictatorship governennt? Time for these clowns to go, Public servants like joe biden, don’t have private conversations, with world leaders on the phone, this is why, the phone calls are on recorder and listen in on, by white house security etc, so are the white house logs, which Biden also likes to hide from our public view. Guess also those many conversations over in China, where he and Hunter cut that billion and half dollar deal while on the tax payors dime.Time for any traitors to pay for their crimes against America. Biden has sold our Country down the drain, Where does their loyalty end, Bidens, foreign interest? it’s more then obivious joe biden is making decisions against our American people, this is what happens, when money is exhanged for loyality, the bidens have accepted enormous amounts of money from Russia China as he held the VP office, What did they do, promise to get that money? We are at a point it’s time, for the Biden’s to explain their actions and motives. He will be impeached for his actions an forced to explain his role in aiding China and Russia, the decisions he makes on their behalf. Biden’s Plans are National Security risk, under the left’s thinking in our Country, it should not seem unreasonable to exchange, joe biden for any hostages left behind, all things considered, it should be OK, we left fellow Americans our allies behind, in a war zone right? on a battlefield, that was OK . We left 80 billion dollars plus of hard earned tax payor equipment behind, for no good reason, guess what, that was OK too. The only problem is that the Taliban probably wants him less then we do, there happy exactly where biden is at, as you can easily see their was no justification to why biden, his generals or his cabinet heads, to make the unAmerican decisions they did, leave Allies, Americans, Equiptment to the established declared enemy’s of the United States.

CashGirl
Reply to  charles A wilkins

Agree, Charles! And, yes, we are definitely headed for a dictatorship — turning America into a socialist/communist country is absolutely the ultimate goal of the demented, evil Democrats!! May God help us figure a way out of this.

Neither Biden or Harris are qualified for the White House cheated their way in and now need to removed.
I saw Pelosi telling someone interviewing Biden say “we don’t want him to talk/take questions” who the hell is we? The President of the United States shouldn’t have the speaker telling him not to talk she needs to sit down and shut up!
Everyone knows that 80 million people didn’t vote for a demented old man and a nasty old w hore. States that shut down counting (which has never been done like this before) should have to do an audit and correct this election immediately. Democrats have made our country a joke they know these clowns will do nothing to stand up to anyone.

Join the club, Tony, with the millions of Americans and others worldwide, who agree with you 100% about this travesty. And that the White House “squatter” is an embicile — perfect description of his mental faculties!!! 🙁

People there are approximately 1,000 government employees telling us over 3 MILLION what to do! SERIOUSLY. This has to stop 🛑 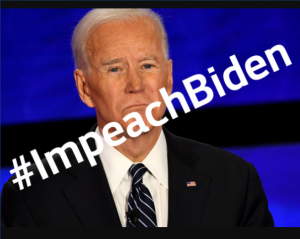