President Joe Biden has been justifiably lambasted for leaving tens of billions of dollars’ worth of U.S. military equipment and arms in Taliban hands. This unprecedented gift has made the Taliban the best armed terror force in the world. This military tech transfer has also raised alarms about other U.S. enemies gaining access to this gear.

While experts debate the dangers of China and Russia getting access to billions of dollars’ worth of current U.S. military hardware, including some relatively sophisticated electronics and communications gear, Iran may be the biggest benefactor of Biden’s gift to the Taliban.

Though Tehran has denied the accusations, U.S. intelligence is clear: “Iran has provided the Taliban with financial support and training,” said a senior defense intelligence official during a Pentagon news briefing about a Defense Intelligence Agency (DIA) report on Iran. And the close ties continue.

Other reports appear to buttress those claims, stating that Iran purchased Humvees and MRAPs from the Taliban for research and reverse engineering.

The National Interest (TNI) reported that:

“We are left wondering if the Biden Administration has a plan to prevent the Taliban from using our weapons against the U.S. or its allies, or selling them to foreign adversaries, like China, Russia, Iran, or North Korea,” the lawmakers wrote.

In addition, former President Donald Trump stated that “all equipment should be demanded to be immediately returned to the United States, and that includes every penny of the $85 billion dollars in cost.”

Many try to downplay this windfall to America’s enemies and claim that this gear isn’t of much value to sophisticated adversaries like China or Russia, though I would argue otherwise. And the commander of U.S. Central Command, General Kenneth Franklin McKenzie, Jr., also asserts, for example, that U.S. aircraft left in Afghanistan were rendered inoperable and will never fly again.

But even if true, that misses the point that they could still be useful for reverse engineering by Iran or other American adversaries.

“Iran probably made deals with the Taliban to buy some of these vehicles and equipment for research and reproduction purposes. So if American helicopter and airplane parts get into the hands of the Iranian government, it will be life-changing for military aircraft development,” wrote one independent intelligence analyst.

This is just one more major military gift Biden’s disastrous retreat from Afghanistan has given to terrorists and enemies of America. ADN

China wants Baghram Air Base too

Of course Iran and all the mullah-nations of the East are stronger, thanks to Bumbler Biden. I am no defeatist, but I find it hard to disagree with our rightful President DJT, who warned us recently: at the rate things are going, given the programmed disaster of Biden, by the Election 2022, there may be nothing of America left to save. 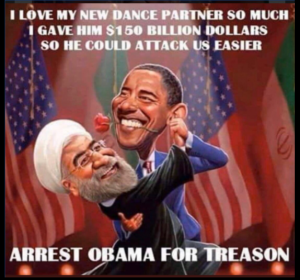