ANALYSIS – The ‘Justice for J6’ rally on September 18 at the U.S. Capitol was billed by left wing partisans and the media alike, as a “right wing” or “insurrectionist” protest that could become violent. Speaker Nancy Pelosi coerced people into staying away.

Others warned it was an FBI “set-up” to arrest people, and this also served to keep people away.

The media breathlessly reported about the security measures and possibility of violence.

Some shamefully called the organizers supporters of “killers,” even though the only person killed on January 6 was unarmed protester and Air Force veteran Ashley Babbitt, shot dead by police.

I therefore went to the event as a journalist, to see for myself.

Based on the now too common, and vague “unspecified threats” excuse, local and federal law enforcement put on a show of force not seen in DC since the hyper, over-militarized Biden Inauguration where literally no one else showed up. 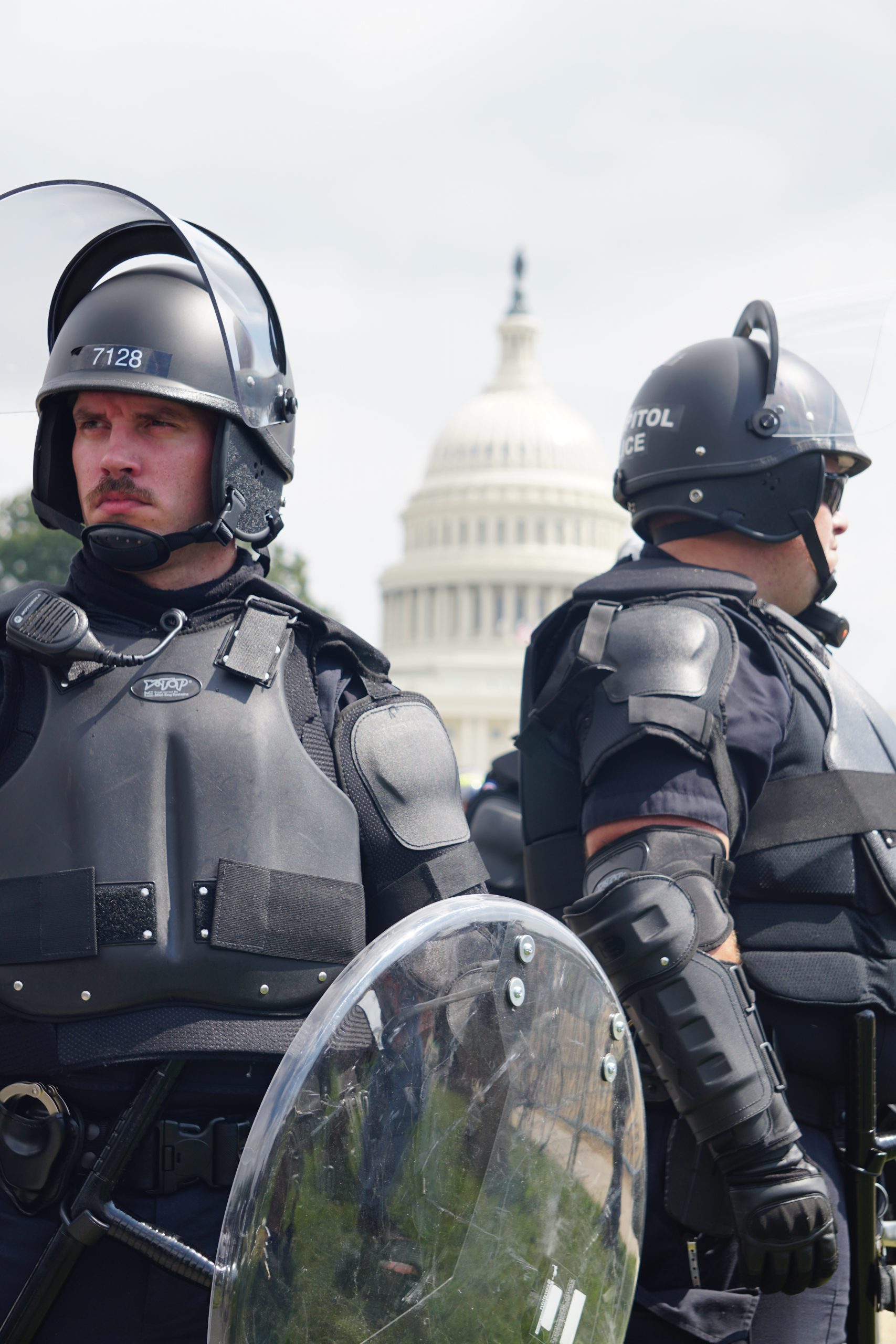 Also visible were green-clad federal and local swat teams in front of the Capitol, with green tactical vehicles in the background, and an MPD helicopter buzzing overhead.

The unprecedented intimidation campaign had the intended effect to severely limit the size of this lawful public event.

But instead of some uber right wing event, what I personally witnessed was probably the most peaceful, civil, at times humorous, and orderly rally in U.S. history. The few hundred peaceful attendees were outmanned by the massive police presence by at least three to one. 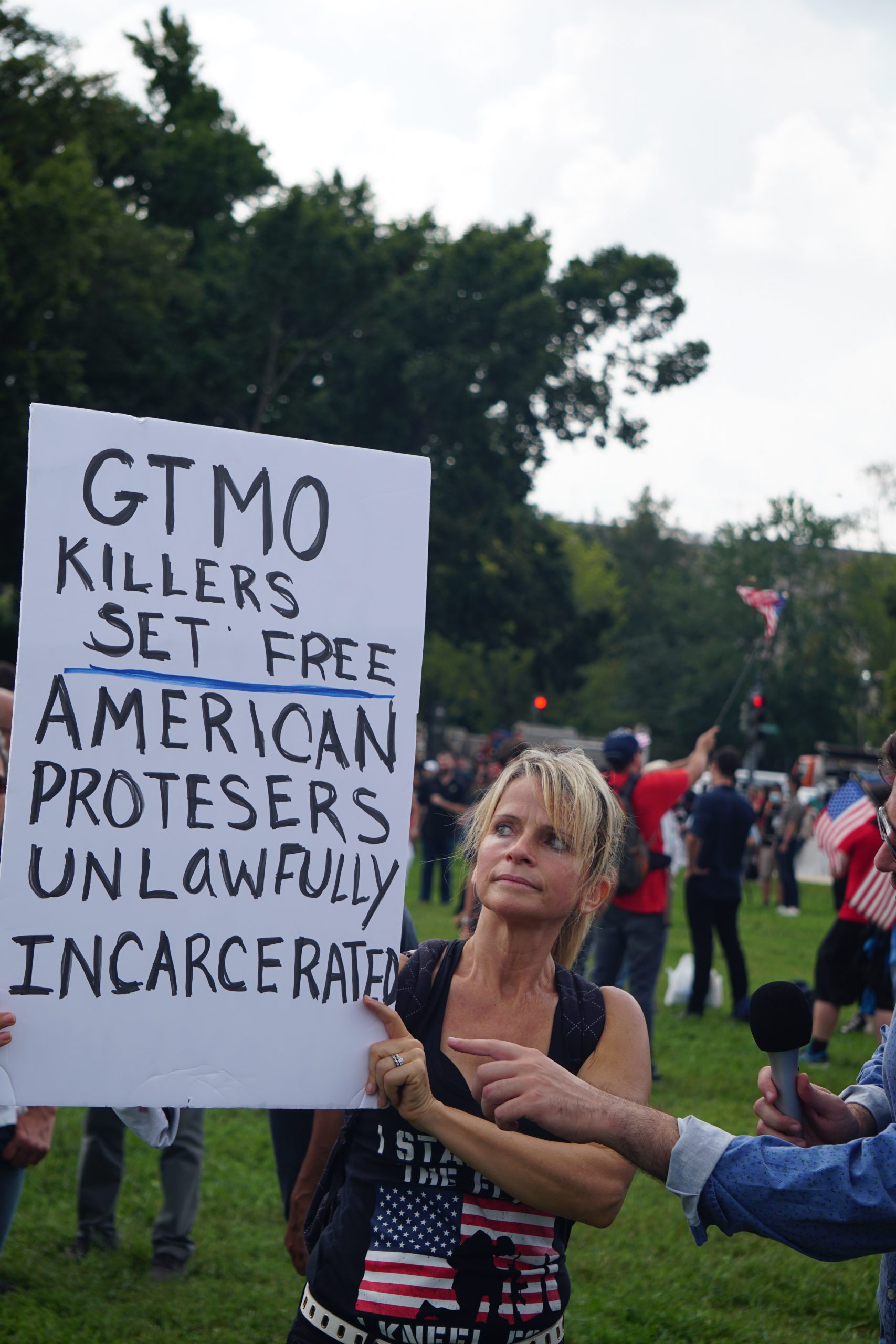 The only angry, foul-mouthed persons in attendance were the small gaggle of leftist counter protesters wearing ANTIFA shirts, shouting F-Trump and carrying flags and signs with the same vulgarity.

At the rally, speaker after well-spoken speaker calmly and respectfully explained that their primary purpose was to highlight the gross injustice of hundreds of American citizens being held without bail, or in many cases without charges, many in solitary confinement, eight full months after the January 6 riot.

They effectively made the case that these Americans were being treated like political prisoners, and under worse conditions than the terrorists who killed Americans being held at Guantanamo.

One speaker, media personality Cara Castronuova of New York, spoke passionately about her Asian-Italian roots, denouncing those who try to mislabel anyone speaking up for this cause, asking the media, “do I look like a white supremacist?”

Castronuova also noted that she voted for Clinton twice, Obama twice, and Trump twice, so she couldn’t even be labeled as being on the right. 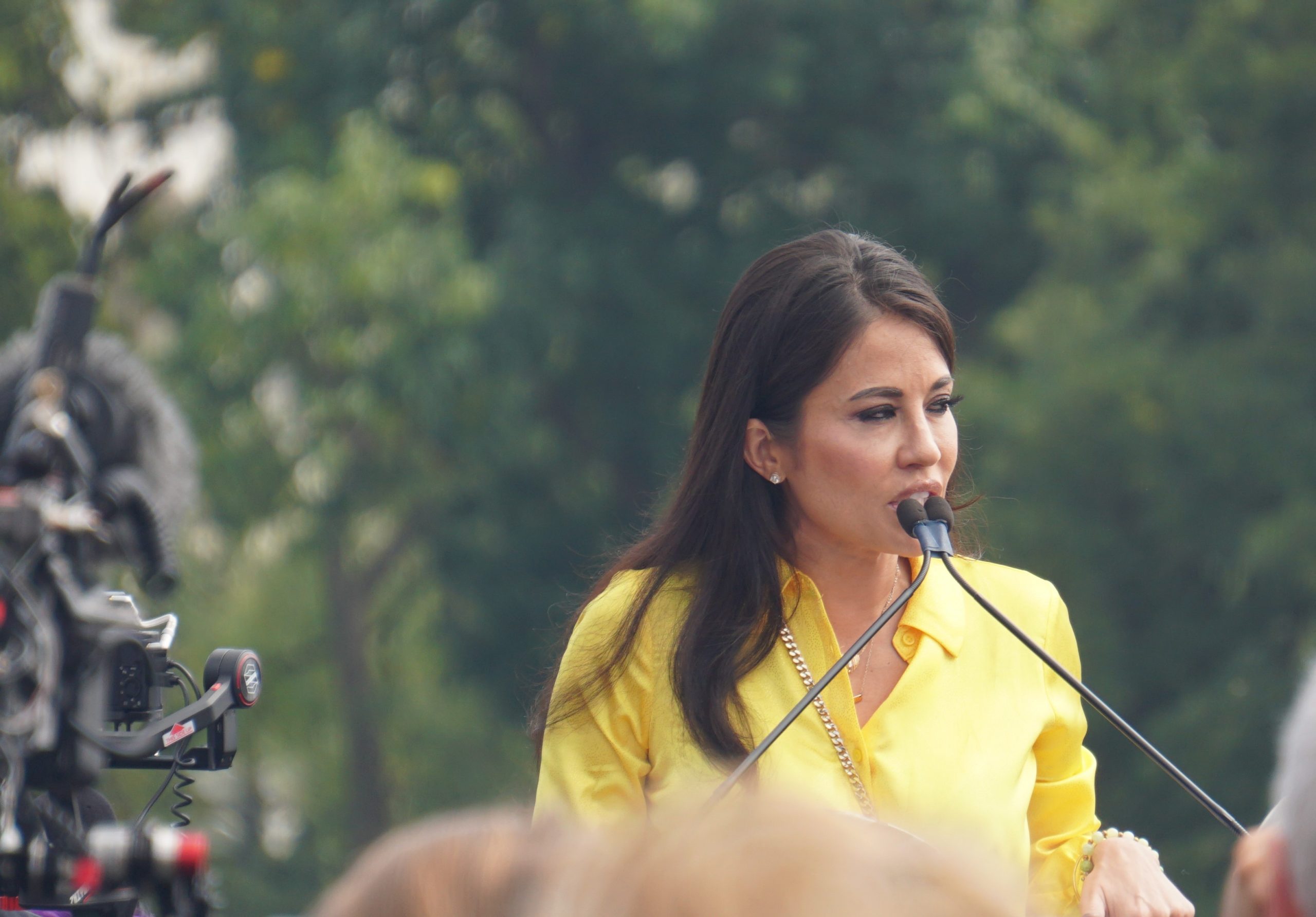 The organizers emphasized time and again that those charged with violent crimes were not the ones they were speaking for. They repeatedly condemned anyone on January 6 who committed violence at the Capitol. They also praised law enforcement, while noting that some officers who were abusive on January 6 should also be condemned by all.

At times the event felt like an ACLU rally with pleas to the media to speak up and demand thousands of hours of video from that day held by authorities but unseen by anyone else, and demand decent and humane conditions for those detained, including the right to shave and not be abused or harassed in custody. 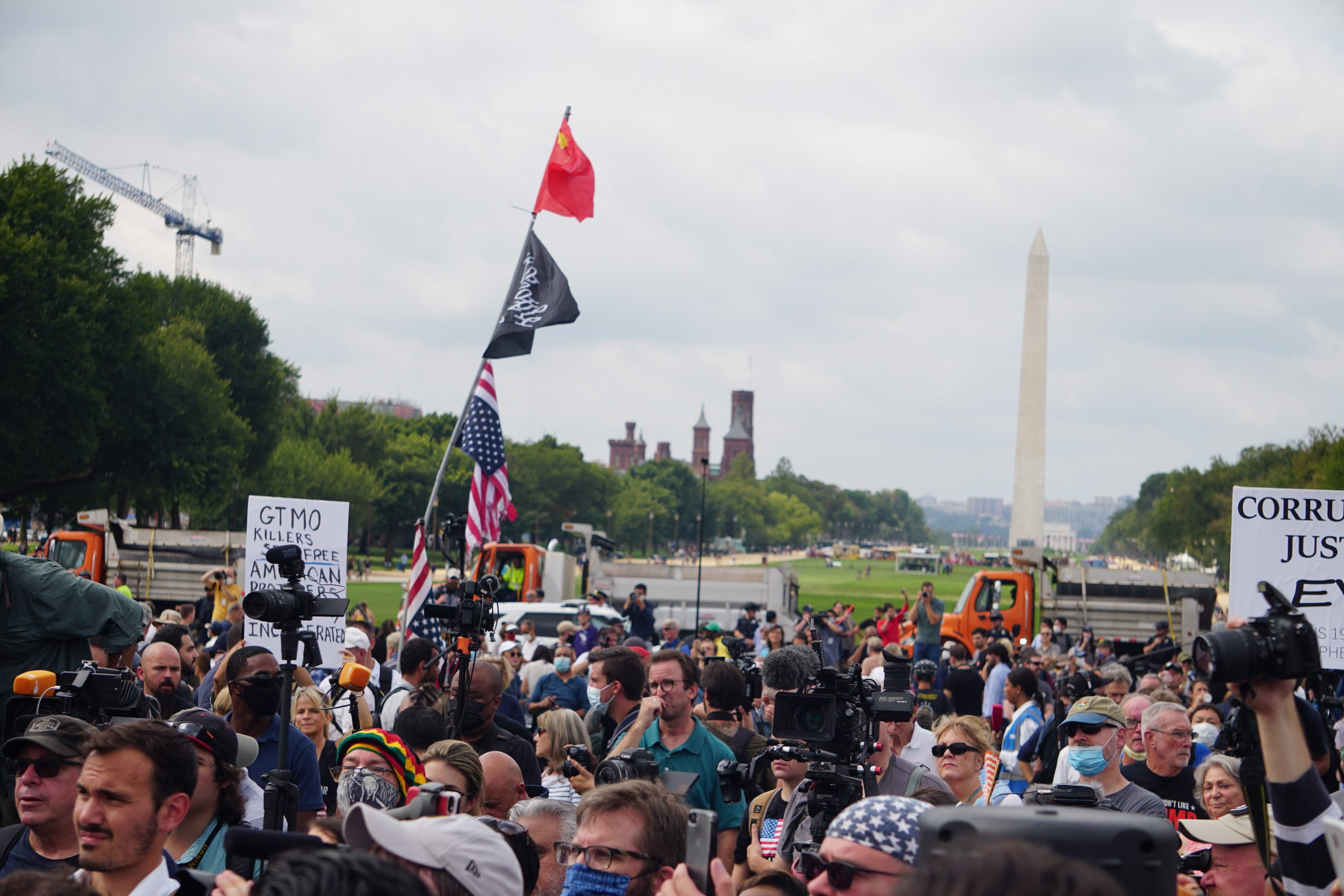 They provided example after example of cases where left wing rioters had committed identical crimes under similar conditions in the past two years, such as during the Brett Kavanaugh hearings, but were released quickly with no charges or only a nominal fine.

As someone who hadn’t devoted too much time to this specific cause till now, and wasn’t sure what to expect, I came away more convinced than ever that this was an issue worthy of more attention. And I will be devoting more effort to highlighting the “Justice for J6” cause.

My family escaped a police state in communist Cuba, and I served as a U.S. Marine to protect our freedoms. I will continue to do so – now more than ever.

Ok alright. Got the memo. quote:’ The unprecedented intimidation campaign had the intended effect to severely limit the size of this lawful public event.
But instead of some uber right wing event, what I personally witnessed was probably the most peaceful, civil, at times humorous, and orderly rally in U.S. history. The few hundred peaceful attendees were outmanned by the massive police presence by at least three to one.”

It’s got to be watched out very carefully. We really need Canada and the US to keep our democracies, freedom of speech alive, freedom of the press, of demonstrating peacefull and all. Propanda seems to be intercepting with truth, independant medias are much necessary these days wether they are paid or not they can save the whole thing.

I think the sign in the pic says everything about this insane & sickening double standard. I’m going to use it as a meme. 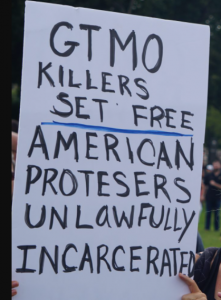 The California recall was the third stolen election in twelve months and yet the Washington D.C. rally was a fart in the bathtub level event . This means the American people have either given up and have decided to lay down for this OR the American people have realized what we are dealing with and know peaceful protests are a waste of time and a more direct approach is required to be more effective. Keep tap dancing on that landmine D.C. and we will see which way the American people are going.