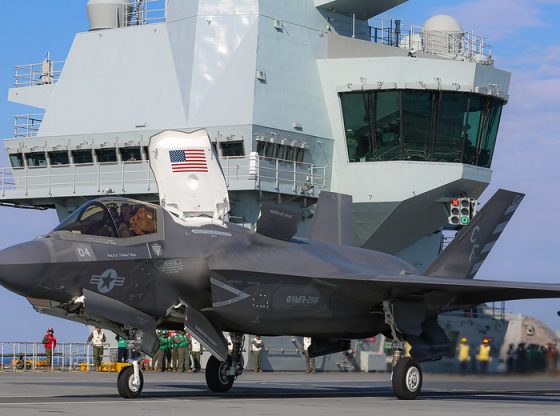 Milley: Whisperer to presidents, target of intrigue. Gen. Mark Milley has been the target of more political intrigue and debate in two years as chairman of the Joint Chiefs of Staff than any of his recent predecessors were in four.

Biden hit with backlash over removal of Pentagon’s top nuclear policy official. Lawmakers on both sides of nuclear weapons issues want answers after the lead Pentagon official overseeing the Nuclear Posture Review was ousted after nine months on the job and her position eliminated.

A U.S. general warned the Taliban to stay out of Kabul or be bombed. The Taliban rolled into Kabul anyway. Senators are expected to grill Defense Secretary Lloyd Austin, the chairman of the Joint chiefs and the head of Central Command about the Afghanistan pullout.

Errant drone strike undercuts Biden vow to hit terrorists abroad. The Pentagon’s admission that a drone strike killed innocent civilians as U.S. forces hastily withdrew from Afghanistan undercut one of the Biden administration’s chief arguments for leaving — the ability to use “over the horizon” capabilities to hit terrorists.

Republican lawmakers warn against more military coordination with Russia. Top Republicans in the House and Senate on Monday pushed back on the Pentagon’s recent call to increase coordination between the U.S. and Russian militaries, saying they were “deeply troubled” by the news.

To deter China, relearn the lost art of dissuasion. Threats of denial or punishment will not deter a peer adversary fighting at home.

Kremlin says NATO expansion in Ukraine is a ‘red line’ for Putin. The Kremlin warned on Monday that any expansion of NATO military infrastructure in Ukraine would cross one of President Vladimir Putin’s “red lines”, and Belarus said it had agreed to take action with Moscow to counter growing NATO activity.

N Korea accuses US of hostility, continues weapons tests. North Korea on Monday accused the United States of hostility and demanded the Biden administration permanently end joint military exercises with South Korea even as it continued its recent streak of weapons tests apparently aimed at pressuring Washington and Seoul over slow nuclear diplomacy.

U.S. successfully flight tests hypersonic weapon – Pentagon. The United States has tested an air-breathing hypersonic weapon capable of speeds faster than five times the speed of sound, marking the first successful test of the class of weapon since 2013, the Pentagon said on Monday.

Total corruption probe into the bidens is long over do , how about it Congress ? Monday, September 13, 2021) Freedom Watch’s Citizens Grand Jury will put Joe Biden before its Citizens Grand Jury on Tuesday, September 14, 2021, and present evidence of alleged homicide, treason, involuntary manslaughter, reckless endangerment and death to children to seek his indictment. The actions of Biden have caused the deaths of American servicemen and Afghan allies, and scores if not thousands are to be expected in the near, medium and long term at the hands of the Taliban, Al Qaeda and ISIS terrorists, as a result of the recently obtained arsenal the terrorists here allowed on behalf of Biden and his cabinet. This man is now wanted for criminal actions by the citizens of the the United States where is Congress on this matter?

Oh No the Taliban LIED, who would have thought such a thing would happen??? Joe Biden the man with the Worst Foreign Policy Record in Washington was wrong about the Taliban, who would have seen that coming??? I wonder if Hunter was doing business with them as well as the Russians and Chinese Communist Party with perhaps a little bit of Iran thrown in for good measure???