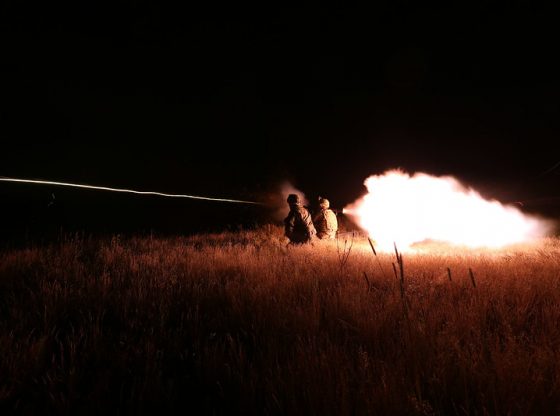 JUST BECAUSE YOU CAN, DOESN’T MEAN YOU SHOULD. Army women are being harangued over hair as superiors ignore new rules. Cpt. Kelsey Boursinos just arrived in Hawaii to serve with the 25th Infantry Division in September, but before she could settle into her new assignment, she quickly found herself at the center of a controversy regarding her hair.

The Man at the Center of a Shocking U.S. Navy Scandal. Procurer, protector, supplier for all needs: Leonard Francis claims that he made himself indispensable to the U.S. Navy. Then he became the star witness in a sweeping corruption probe.

State Department, Pentagon trade blame over Afghanistan evac. The State Department says everyone was on board with the evacuation timeline. But the Pentagon says it pushed to move faster.

Multiple reports of assault, robbery among Afghan evacuees at military bases. Two Afghan refugees have been detained and more are under investigation as the U.S. works to resettle tens of thousands evacuated from Kabul during the final days of the war in Afghanistan.

The Taliban’s social media presence is a clear danger to America. Too often the generals stick to talking points, their calculated answers suggesting a missing appreciation for the scale and gravity of the catastrophe they presided over.

LESS WAR WAR, MORE JAW JAW? Americans prefer diplomacy to military engagement as threats shift, poll shows. Most Americans would like the U.S. to increase diplomatic engagement with other countries on issues such as climate change and migration, and many think Washington should scale down its military activities abroad, a new public poll showed.

Biden’s Afghan blunder has weakened his hand against China. In a defiant speech on Aug. 31, President Biden claimed that his precipitous exit from Afghanistan, which facilitated the terrorist takeover of that country, would allow the United States to focus on its “serious competition with China.”

China, US in talks on military relations amid strained ties. Smalls signs of progress amid increasing tensions.

Russia urges calm between ally Tajikistan, Afghanistan. Russia urged Tajikistan and Afghanistan to resolve any dispute in a mutually acceptable manner, saying it had heard reports they were sending troops to their common border, TASS quoted the foreign ministry in Moscow as saying on Thursday.

U.S. and Russia say they held ‘substantive’ arms control talks in Geneva. The United States and Russia said in a joint statement on Thursday that they had held “intensive and substantive” talks in their second meeting within a framework that is aimed at easing tensions between the world’s largest nuclear weapons powers.

TRUMP STARTED THIS SHIFT. A $30 million US Army command hub in defense bill as military steps up presence in Poland. A $30 million U.S. Army command and control headquarters in Poland is among the projects being proposed to support the military’s expansion in the country, which has emerged as a focal point for coordinating allied defense efforts along NATO’s eastern flank.

WHY IS US PLAYING ‘CATCH-UP”? Hypersonics test shows the US is catching up in the new missile race. Last week’s successful demonstration of a hypersonic glide vehicle is a “step in the right direction” in closing the research and testing gap between the United States and rivals Russia and China, a top Air Force technologist said this week.

* Please help us KEEP SAVING LIVES by supporting our ongoing Afghan Evacuation Effort – ‘PLAN B’ – the ARC (Afghan Rescue Crew). Afghans helped by this effort are fully vetted and proven to be at-risk.

NO ONE IN THE WHITEHOUSE WITH ANY BRAIN LEFT AT ALL.byden and his communist crew has in as much declared civil war open for business to highest bidder….

Who is really running the military? Alfred E, Newman: ‘What, me WORRY?’ Forrest Gump: ‘Stupid is as stupid does.’