‘Give a Hand, They Take an Arm’: US Sikh Marine Officer Demands More ‘Diversity’ Allowances, Threatens to Sue

‘Give a Hand, They Take an Arm’: US Sikh Marine Officer Demands More ‘Diversity’ Allowances, Threatens to Sue 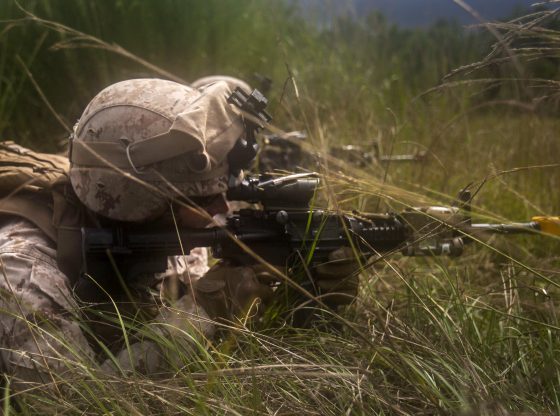 PENTAGON WATCH – For the first time in US Marine Corps history, last week a Marine was grudgingly given an exception to wear a turban in uniform. On Thursday September 24, 1st Lt. Sukhbir Toor was allowed to put on the turban of a faithful Sikh and wear a beard.

As the New York Times reported:

The Marine Corps has made the allowance only to a point. Toor can wear a turban in daily dress at normal duty stations, but he cannot do so while deployed to a conflict zone, or when in dress uniform in a ceremonial unit, where the public could see it.

Toor has appealed the restrictive decision to the Marine Corps commandant, and he says that if he does not get a full accommodation, he will sue the Marines.

“We’ve come a long way, but there is still more to go,” he said. “The Marine Corps needs to show it really means what it has been saying about strength in diversity…”

What Toor and the rest doesn’t get is that the U.S. military’s strength is in unity from diversity, not diversity alone:

‘E Plurubus Unum,’ ‘From Many, One,’ is America’s national motto, after all.

The Marines Reluctantly Let a Sikh Officer Wear a Turban. He Says It’s Not Enough. https://t.co/r2AeqRhTP2

As such, the Marine Corps, long the nation’s most traditional service, initially resisted Toor’s request as noted by The Times:

For the Marine Corps leadership, an exception as small as one man’s turban was seen as so potentially dangerous that Toor’s request went all the way to top Marine Corps authorities. Their initial reaction in June was largely a denial. In a stern response, one Marine Corps general warned that individual expression of that kind could fray the fabric of discipline and commitment that binds the Marines. It could erode the nation’s trust in the Marines. It could undermine combat effectiveness. It could cost lives.

“The Corps cannot experiment with the components of mission accomplishment,” Lt. Gen. Michael Rocco, deputy commandant for manpower and reserve affairs, said in the response. “Failure on the battlefield is not an acceptable risk.”

However, “Toor appealed to the commandant of the Marine Corps, which retreated a bit in August, allowing him to wear a beard and turban in limited circumstances.”

Because now Toor is demanding more and threatening to sue. This isn’t the Corps I remember. Where does this push for diversity end?

This is a perfect example of why the Marine Corps should never give an inch to ‘Woke’ diversity demands. ADN

I bet he doesn’t go to the brig.

He should resign or be discharged