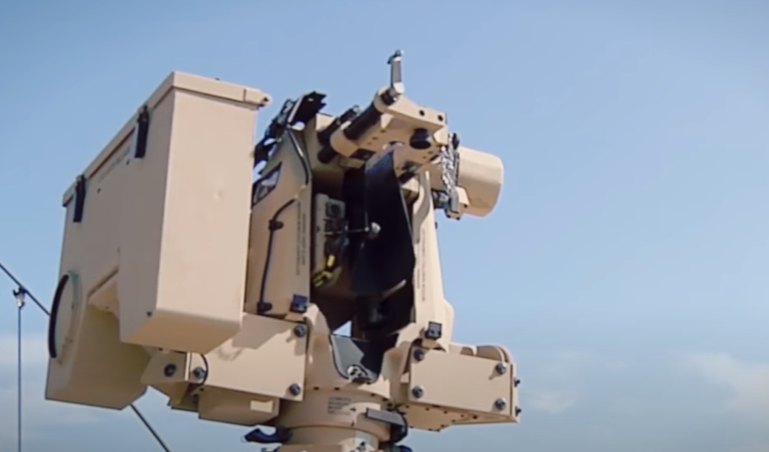 At the time, “reports from Iran suggested a team as large as 62 persons, including a ten-man assault team, two snipers, and 50 people handling logistical support were involved in the spectacular hit on Iran’s top nuclear scientist, Mohsen Fakhrizadeh, outside Tehran on Friday. The coordinated assault took place at a roundabout on a road between the countryside town of Absard and the capital.”

However, as ADN also reported, CNN noted that “a remote-controlled machine gun in the “Nissan stopped about 150 meters (164 yards) from Fakhrizadeh’s car,” was used to fire on the armored vehicles, and then the Nissan was detonated to leave no evidence. The entire attack reportedly lasted about three minutes.”

Many scoffed at the idea of a robotic killer being used. As Kyle Mikozami notes:

Although Israeli intelligence has a reputation for technical wizardry, even this method of killing seemed a bit far-fetched. Yet the components to make a remote-controlled machine gun were already out there, waiting to be assembled in the right order and used in what was a particularly ruthless manner.

And now the New York Times seems to confirm the use of this Israeli remote-controlled weapon. The gun in question appears to be an artificial intelligence (AI)-assisted, remote-controlled FN MAG machine gun (known as the M-240 in the U.S. military) aimed from a secret location in Israel, over 1,000 miles away.

And the system is based on an American remote turret model.

The New York Times explains that it:

…was a Belgian-made FN MAG machine gun attached to an advanced robotic apparatus, according to an intelligence official familiar with the plot. The official said the system was not unlike the off-the-rack Sentinel 20 manufactured by the Spanish defense contractor Escribano.

Popular Mechanics explains that this system is based on a U.S. system already in use by the Army and Marines:

The Sentinel 20 is a remotely controlled weapon system nearly identical to the U.S.-made CROWS system. CROWS, or Common Remotely Operated Weapon System, is an unmanned turret developed during the Iraq War. It was created because U.S. Army and Marine Corps machine gunners—riding in Humvees that escorted supply convoys—were dangerously exposed to enemy fire when they manned their weapons.

CROWS is a drop-in system that allows the machine gunner to sit protected in the Humvee, remotely controlling his or her gun with a joystick. A day/night camera allows the gunner to zoom in on targets of interest, detect heat sources (such as improvised explosive devices and enemy troops), and engage targets at night. CROWS also features an auto-lead system, allowing gunners to fire slightly ahead of a moving target to ensure it is struck.

See the CROW turret in action:

The biggest challenge to using this weapon at such a phenomenal distance from the actual gunner in Israel is that the weapon’s on-site video camera had a lag time of 1.6 seconds to beam images of the approaching target to Israel “for the gunner to take action, and for the gunner’s actions to be put in place by the remote-control system.”

And this is where the Israeli AI software comes in by compensating for the approaching target’s travel time. As Mikozami notes, “The software, or artificial intelligence as the article puts it, can estimate where the target will be 1.6 seconds in the future and adjust the weapon’s aim accordingly.”

Israeli agents used only 15 machine gun bullets to kill the scientist in a moving vehicle, without harming those around him. The Fakhrizadeh killing shows that we are now firmly in the age of remote-controlled warfare, and that time and distance place few restrictions on killing. ADN