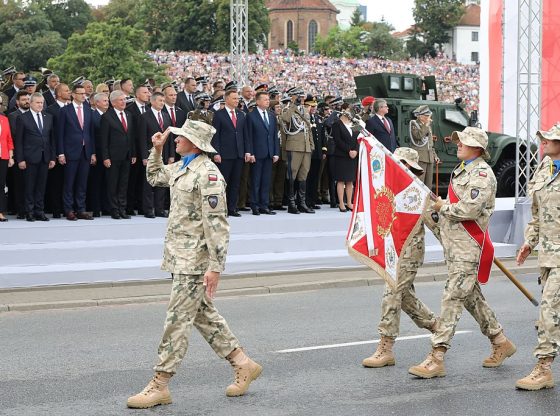 Warsaw. Poland. August 15, 2018. Celebration of the Polish Army Day with the participation of the Speaker of the Sejm. Great Independence Defilade. / Photo by Kancelaria Sejmu via Wikimedia commons

WARSAW, Poland — Poland hopes that a bolstered cooperation between the European Union and NATO, combined with the alliance’s further enlargement, could spur a more robust approach to Moscow, according to senior Polish defense officials.

Speaking at the the Warsaw Security Forum, an event organized by the Casimir Pulaski Foundation think tank, Polish President Andrzej Duda said Oct. 5 that closer ties between NATO and the EU are required to combat Russia’s military-driven

“We need a strong partnership between NATO and the European Union that ensures a synergy of both organizations,” Duda said. “Russia is expanding its military presence and it endangers NATO not only from the east, but also from the north and south.”

Duda said the EU’s Strategic Compass, a strategy under development that is to define the bloc’s security and defense policies, should be in harmony with the policies of NATO’s Strategic Concept document.