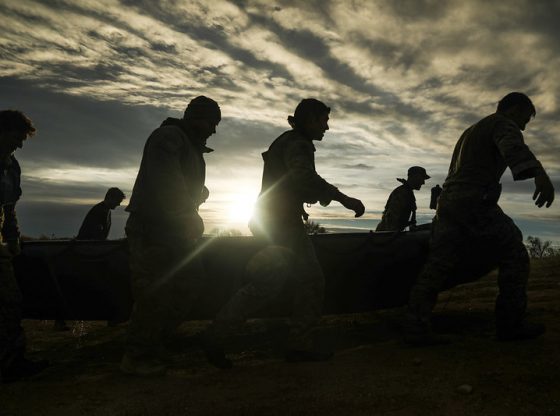 On Thursday, the Wall Street Journal (WSJ) reported that a “U.S. special-operations unit and a contingent of Marines have been secretly operating in Taiwan to train military forces,” and that they “been operating in Taiwan for at least a year.” This news even provoked a communist Chinese call for the United States to cut off military ties with Taiwan on Friday.

China’s Foreign Ministry said in a statement that it urged the U.S. to adhere to prior agreements and to cease military aid to Taiwan. “China will take all necessary steps to protect its sovereignty and territorial integrity,” it said.

China, angered by growing international sympathy and support for Taiwan from the United States and its allies, has sharply escalated its military aggression toward the island. In the past week, the Chinese air force flew a record 150-odd warplanes into Taiwan’s air defense identification zone.

This unprecedented aerial Chinese incursion was also reported by American Defense News (AND).

However, this is incorrect as ADN reported on both Marine Raider and Special Forces deployments in November 2020.

This public announcement of U.S. Marines operating on the island is notable because it “marks the first public confirmation of U.S. military exchanges involving U.S. Marines in Taiwan since the cessation of diplomatic relations between Taiwan and the United States in 1979…”

This is also “the first interaction between Taiwanese troops and those of an allied country since the Wuhan coronavirus (COVID-19) put a halt to such exchanges about seven or eight months ago.”

The U.S. does send small teams of Army special forces troops and others from other branches for joint training missions to Taiwan, but they are rarely acknowledged by the Taiwan government…