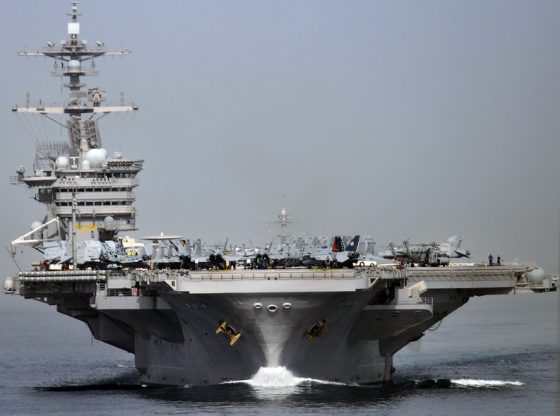 POLITICIZED? A Pentagon definition for extremism is imminent. The Countering Extremism Working Group report was due in July.

Isis-K insurgency jeopardises Taliban’s grip on Afghanistan. US troops might have departed but the new Islamist rulers in Kabul are now threatened by an insurgency launched by Islamic State-Khorasan Province, an Isis-inspired jihadi movement that has deep ideological differences with the Taliban.

The US Navy wants to keep four of its troubled littoral combat ships near China. Three are already there. The U.S. Navy finally is deploying its controversial, near-shore Littoral Combat Ships in meaningful numbers where it matters—in the crowded, contested waters of the western Pacific Ocean. And it’s giving the deployed ships some of the weapons they would need actually to fight and survive in a clash with the Chinese fleet.

Pentagon spotlights the Black Sea, but plans for confronting Russia remain murky. Defense Secretary Lloyd Austin’s trip to the region renewed focus on the volatile front between Russia and the West, but so far the Biden administration has offered no new strategies for contending with Moscow’s mounting aggression.

Ignoring sanctions, Russia renews broad cybersurveillance operation. Russia’s premier intelligence agency has launched another campaign to pierce thousands of U.S. government, corporate and think-tank computer networks, Microsoft officials and cybersecurity experts warned on Sunday, only months after President Biden imposed sanctions on Moscow in response to a series of sophisticated spy operations it had conducted around the world.

Officials: Iran behind drone attack on US base in Syria. Pentagon spokesman John Kirby declined to say if troops were warned ahead of time or whether the U.S. intends to make a military response.

Turkish president steps back from expulsions of 10 western diplomats. President Recep Tayyip Erdogan of Turkey stepped back on Monday from a threat to expel 10 Western ambassadors, averting a diplomatic storm that analysts and diplomats were warning would bring economic disaster upon Turkey and a lasting rupture in the NATO alliance.

Sudan’s military seizes power, casting democratic transition into chaos. Civilian and military leaders were supposed to share power after a popular uprising in 2019 overthrew a decades-long dictatorship. On Monday the military detained the civilian prime minister.

US cuts off $700 million in aid to Sudan amid military coup. The United States cut off $700 million in emergency assistance to Sudan on Monday, hours after military officials arrested Sudan’s civilian government leaders, fired at protesters and imperiled the country’s nascent transition to democracy.

Inside The Pentagon’s Climate Risk Analysis
Will the Marines Soon Allow More Ink, as in Tattoos? Should They?