R. Lee Ermey’s Guns Are Up for Auction

Home /US Military/R. Lee Ermey’s Guns Are Up for Auction

R. Lee Ermey’s Guns Are Up for Auction 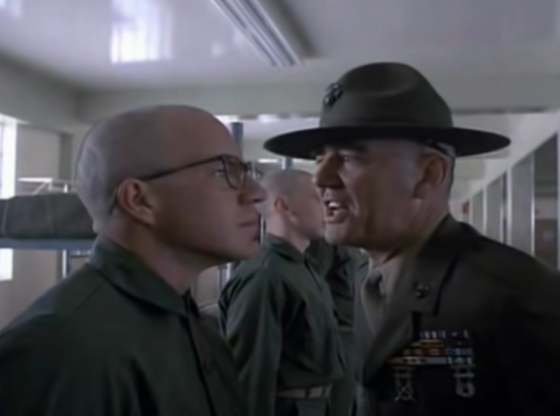 Legendary Marine Corps Drill Instructor and Hollywood Superstar R. Lee Ermey was in some of the biggest military films in cinema history and the legacy he left behind is one that many look at fondly. Ermey’s family is currently auctioning off many of his firearms, swords, and other effects. A portion of the proceeds will go to the Young Marines, a national youth organization.

R. Lee Ermey’s vast collection will be split up into segments and sold over the course of a few months. The first set of items will be going up for auction on 11/06.

Here is what is going up for sale in Emery’s auction:

The M1 Garand is an American classic and this one was owned by an American icon. This M1 Garand comes with a scope that has minimal wear and tear. The Garand itself isn’t too badly dinged up and is in solid condition.

This commemorative set of pistols include Lee’s personal carry pistol the Colt Python, a Colt Single Action Army Revolver, and a Colt Third Model Dragoon Percussion Revolver. The three pistols will come in their original case and with the original book the commemorative set came with. The only real damage is to the Colt Python, this is to be expected because according to Clinton Ermey the pistol was his father’s everyday carry gun.

This beautiful double barrel comes with its drawbacks. The auction site running this auction discloses that this particular firearm should be examined by a gunsmith prior to use, that being said it is still a piece of America that would fit right in with any collection.

Outside of Emery’s guns are his swords, of which he had many. This Austro-Hungarian Falchion would look great on any wall and the story it shares would make for a great conversation with any guest. This sword comes with a scabbard and certificate of authenticity.

Gunny’s Jos. Golcher Kentucky Rifle is expected to be one of the bigger ticket items in this initial auction. Like other guns up at this auction, Gun Broker is asking that any buyer get this firearm checked out by a professional gunsmith prior to use. Considering that this is an antique firearm it might be best to have it as a collectible as opposed to a functioning firearm anyhow.

R. Lee Emery’s Japanese style Katana is up for sale. This sword has an overall length of 37.5” and comes with a scabbard and a wooden grip.

Gunny’s New Baker Model 1896 in a Damascus finish is a thing of beauty and might outperform the set of pistols in this auction. This gun is a beauty and the photos do not do it justice, it would not be a surprise if this piece went for over $10k.

The Remington Model 14 Rifle is a classic and a lot of people grew up shooting this rifle, now those same people have a chance to buy Gunny’s own Model 14. The rifle itself is in fairly good condition so might end up fetching a relatively high price.

Gunny’s Gebr. Merkel Suhl Double Barrel is in great condition and if you place the winning bid it can go home with you. This shotgun will be coming with a hard case and a notarized certificate of authenticity signed by Clinton Ermey.

This Sword from the Civil War will be going up for auction in early November. The sword is in fairly good condition for its age and will come with a photo of E. Lee Emery wielding it. All these items will come with a certificate of authenticity.

Not a house you want to break into if your a robber. In addition to the movies he was in Gunny was in Space above and beyond made by the guys who made the X-files . Watch those scenes then watch the training scenes from starship troopers where the drill Sargent is played by the guy who played The Kurgan in Highlander to see that even when he has to hold back for TV viewership purposes Gunny tears it up .