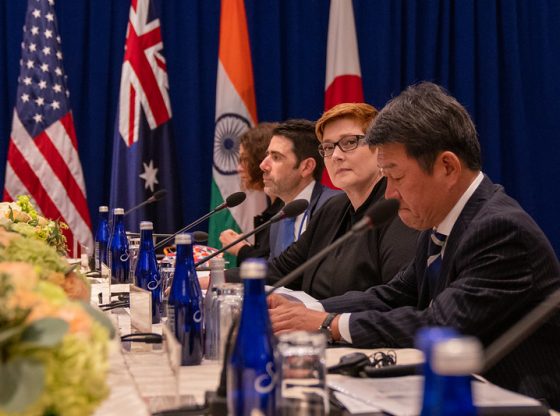 Three Republican senators filed legislation to exempt India from sanctions it would’ve incurred after buying a Russian-made missile-defense system. One of those lawmakers was Sen. Ted Cruz, the Texan that national security-focused Democrats are furious with over his hold on President Joe Biden’s diplomatic nominees.

Critics say he co-signed a bill that lets Moscow (and New Delhi) off the hook. And Democrats let NatSec Daily know about it.

“For a guy who is willing to rob the entire State Department of having any senior staff in place over his faux-Russia hawkishness, this waiver advocacy is as offensive as it is hypocritical,” a Senate Democratic aide said. The waivers, written into the Countering America’s Adversaries Through Sanctions Act (CAATSA) in 2018, remain “incredibly contentious” on Capitol Hill, the staffer continued. “How many exceptions are we going to make before other countries simply assume the U.S. is not serious about preventing [Vladimir] PUTIN from suckering others into buying Russian over American?”

Erin Perrine, Cruz’s communications director, pushed back against the criticism. “Democrats are desperate to distract from Joe Biden’s inexplicable and catastrophic cave on Nord Stream 2, which was a use of CAATSA that it was designed for and actually worked,” she told NatSec Daily. “So they are pretending to have vapors over giving India, a critical ally against China, temporary breathing room instead of counterproductively pushing them to Russia. These people should grow up and learn foreign policy is not a political game.”

India has a long history of buying weapons from Russia. But now that India is a member of “the Quad” — alongside the U.S., Japan and Australia — it’s a bad look for New Delhi to remain cozy with Moscow. Plus, a better-armed India does help it to counter China, which is also in America’s interest.

To waive or not to waive is clearly a concern on Capitol Hill. Pentagon staffers in recent weeks provided a classified briefing to staffers of the House and Senate Armed Services Committee on the waiver issue, a person familiar with the situation said. The person didn’t provide details on what the briefers said exactly, but the Defense Department’s stance for years has been that it’s better to keep India happy in its relationship with the U.S. ADN